SEOUL, Aug. 31 (Yonhap) -- South Korea's capital and surrounding areas, home to half of the country's population, turned unusually quiet over the weekend and on Monday as residents adjusted to one of the toughest social distancing modes in place there since the pandemic hit the country.

Under the eight-day scheme, restaurants and bakeries can operate until 9 p.m., and only takeaway and delivery will be permitted from 9 p.m. to 5 a.m. 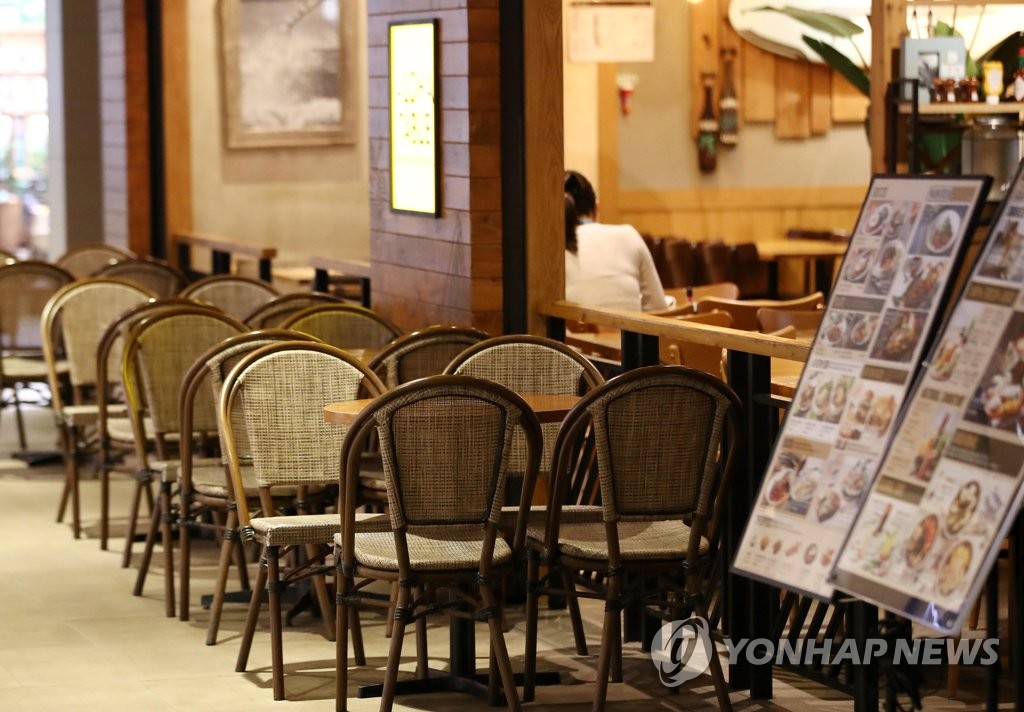 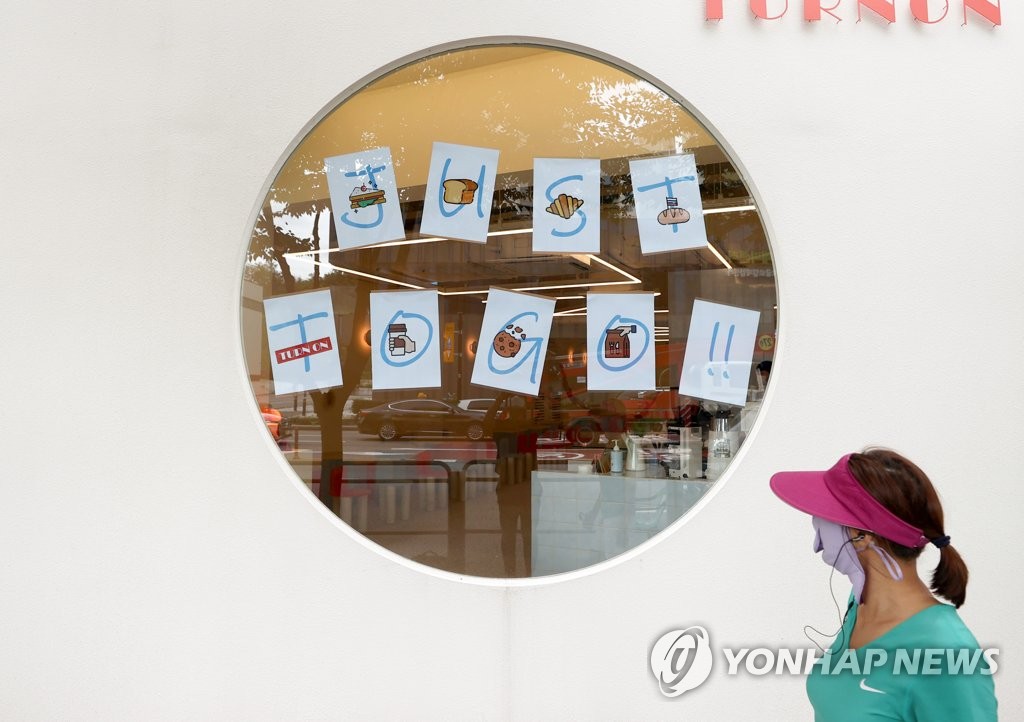 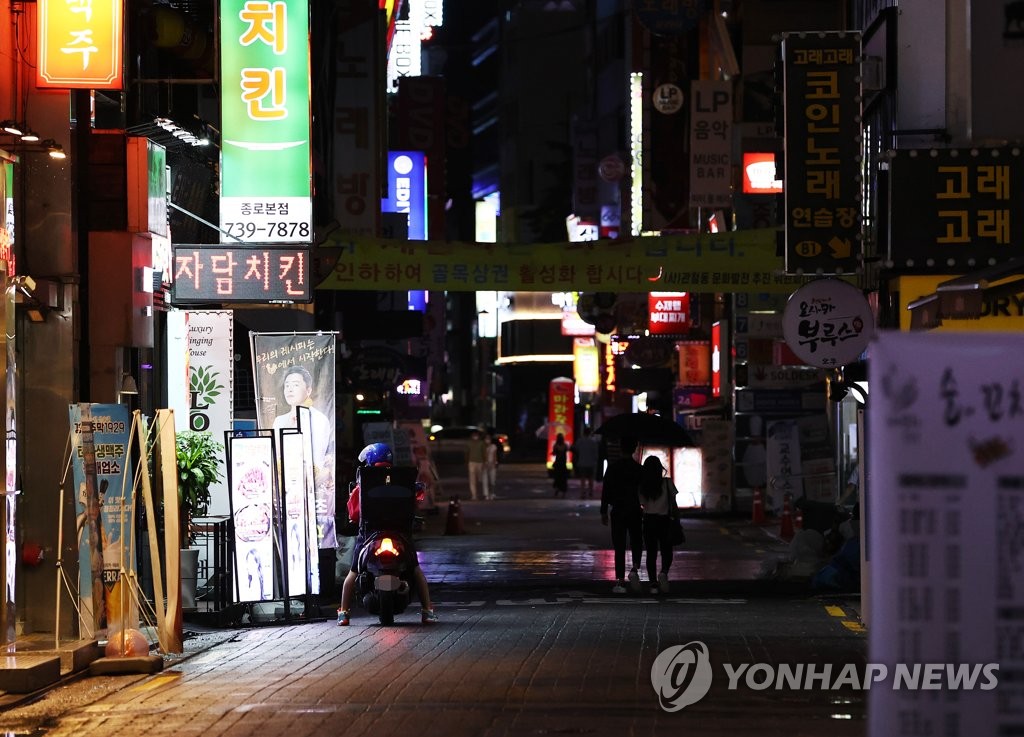 Streets in busy Seoul neighborhoods like Hongdae, Jongno and Gangnam, which usually bustle with weekend and late-night crowds, were mostly empty as the measure took effect.

"It's not even half. The number of customers is one-tenth the usual number. Only four groups visited during lunch. It's the worst time I've seen in my 13 years of running the restaurant," said a 60-year-old surnamed Kim, who runs a restaurant in Hongdae in western Seoul.

Things were not much different in Gangnam in southern Seoul. Tables at bars and restaurants were emptier than usual, and customers got ready to leave as the clock ticked toward 9 p.m.

"I have to return early since all the shops are closing at 9 p.m. I would usually go for another round," said a 29-year-old officer worker surnamed Yoon who was drinking with two friends. 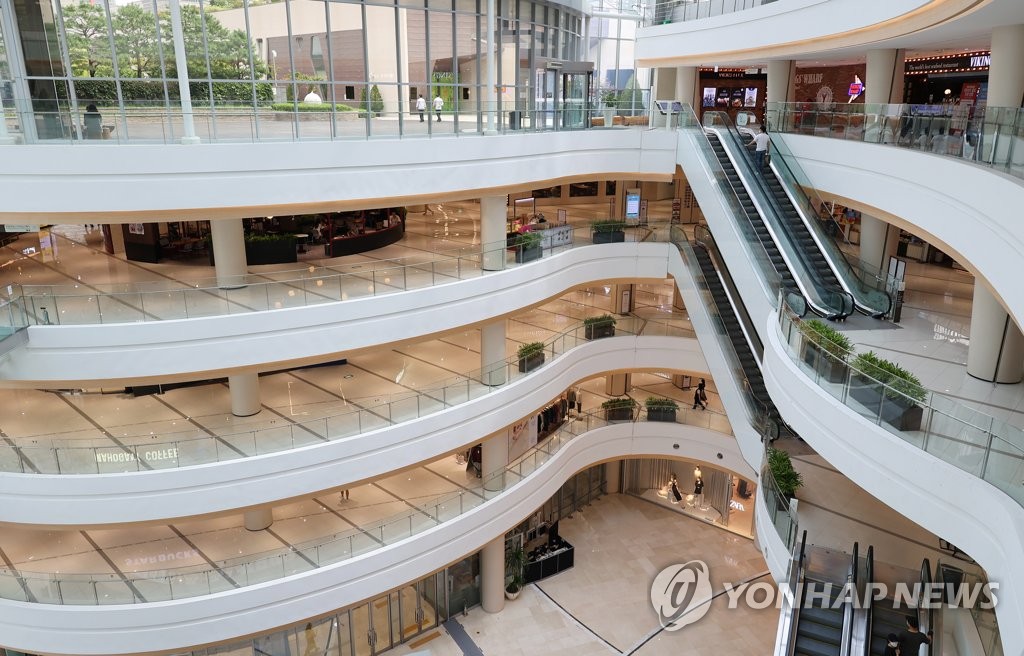 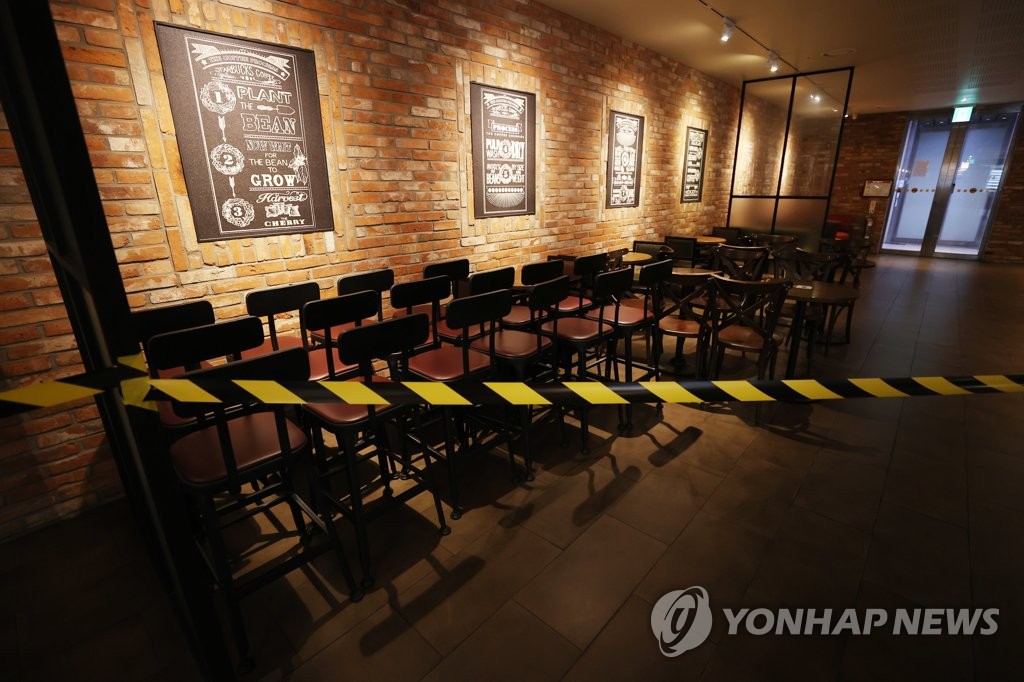 Restaurant and bar owners in Incheon, west of Seoul, and Gyeonggi Province were also bearing the brunt.

"I'm not taking any eat-in customers after 8 p.m. since I don't want to quarrel with them (about the time they have to leave)," said the owner of a seafood restaurant in Incheon. "A lot of people are refraining from coming outside, so the number of customers is less than one-fourth what we usually get."

On the other hand, business was busier than usual for delivery workers and eateries that deliver.

"I'm now only accepting delivery orders and not taking in any eat-in customers since things have gotten bad due to COVID-19," a restaurant owner in Gyeonggi Province said. 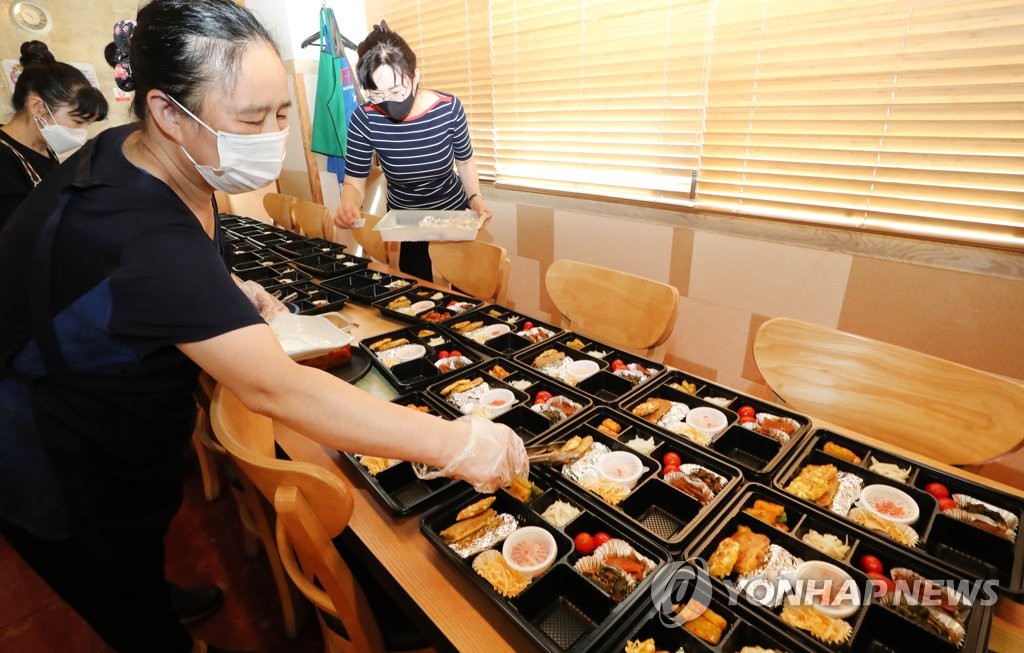 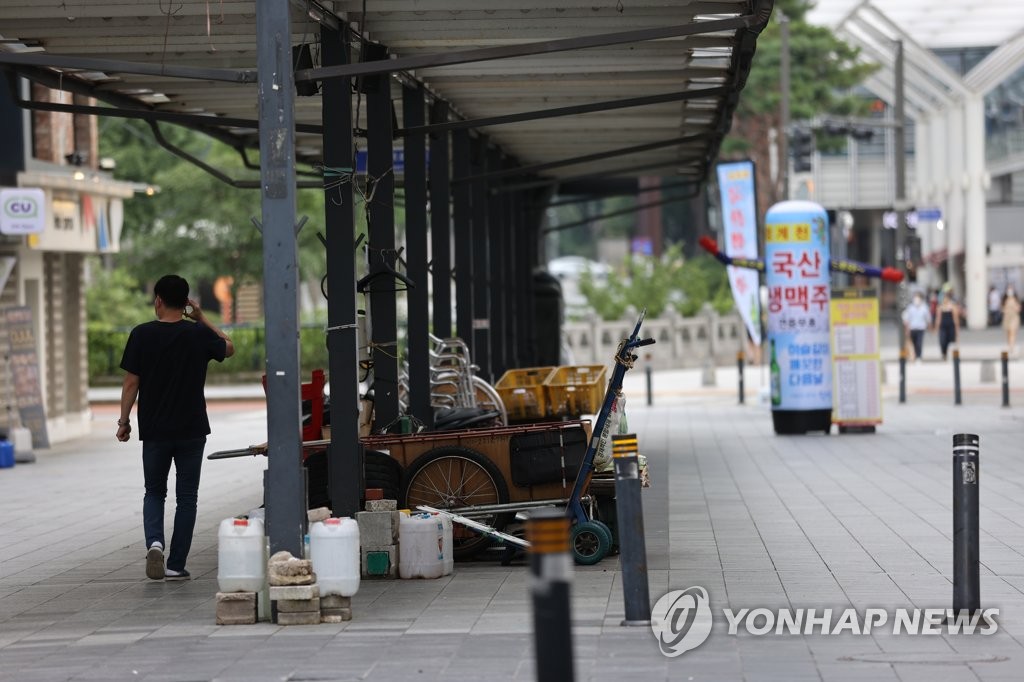 South Korea currently runs a three-tier social distancing system. It expanded the Level Two mode across the country earlier this month and introduced additional measures for the greater Seoul area in what it called a "2.5" mode.

Level Three, the highest in a three-tier system, is issued when the number of daily virus cases reaches a two-week average of 100-200 and the doubling of new COVID-19 cases occurs more than twice a week.

Only essential public and corporate activities are allowed, and companies are advised to mandate remote working. Schools have to suspend all on-site classes, and sports games are banned.

Authorities have voiced concern over shifting to Level Three, citing the severe impact on people's livelihoods and the economy.

Health officials urged people to follow the current guideline, which is seen as an important step in deciding whether to move on to Level Three.

"We will be able to minimize the damage if we can complete the enhanced Level Two distancing scheme strongly in a short time," Jeong Eun-kyeong, chief of the Korea Centers for Disease Control and Prevention, said in a regular press briefing.

"We expect to see the effect of the toughened Level Two distancing this weekend or early next week." 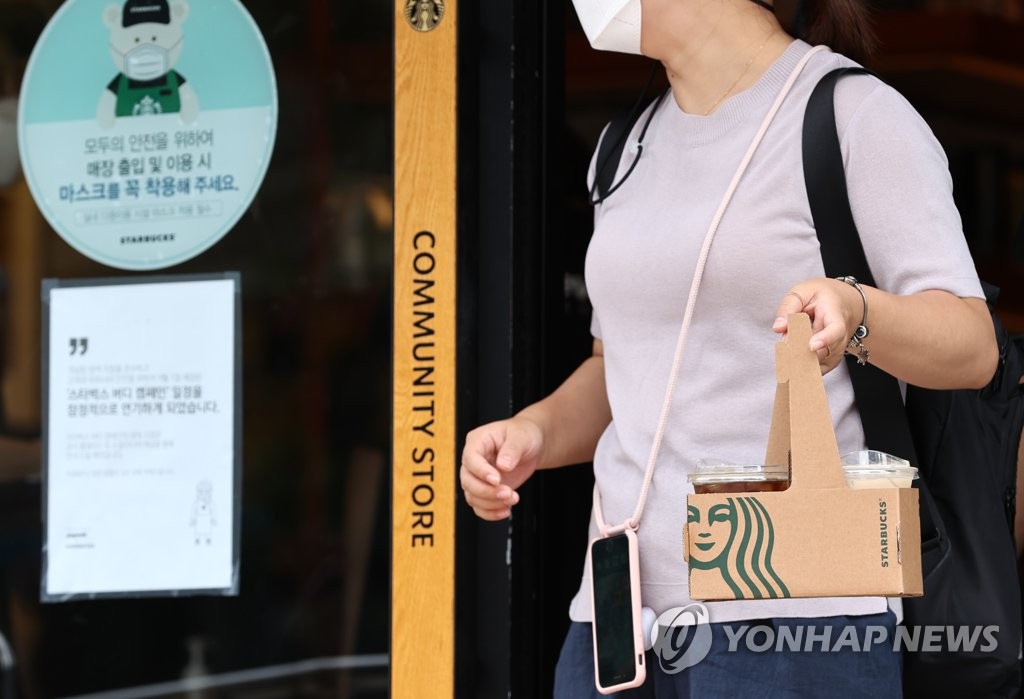 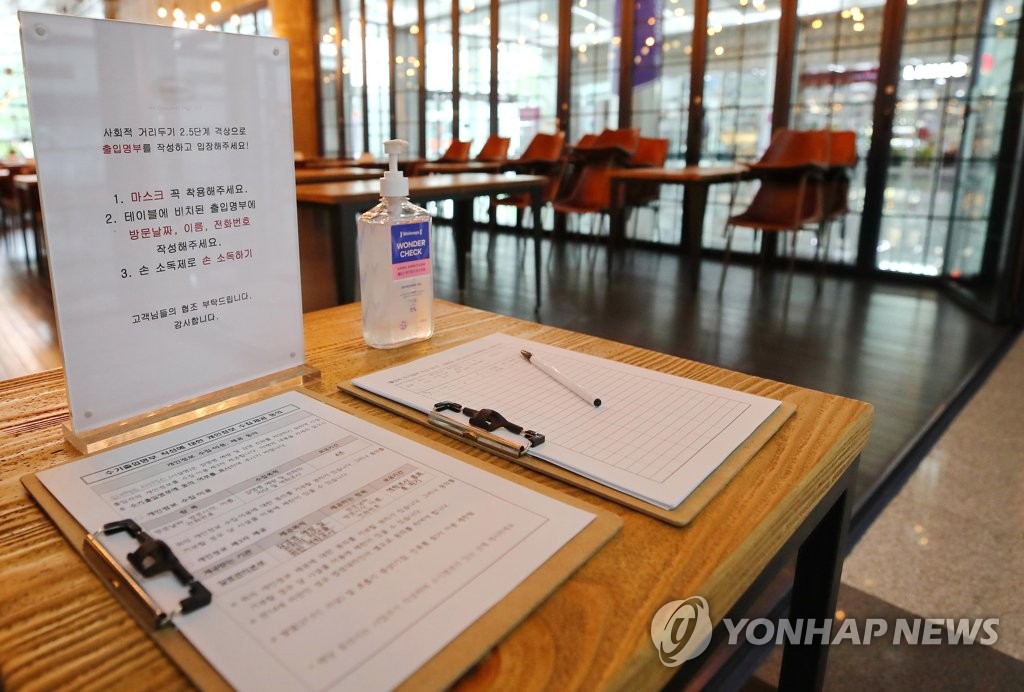 A survey of 500 adults by Realmeter, commissioned by broadcaster YTN, showed that 59.5 percent of the respondents thought the 2.5 mode is an "appropriate" decision considering its impact on the economy, while 31.3 percent called for Level Three measures.

The survey was conducted on Friday. Its confidence level was 95 percent with a margin of error of 4.4 percentage points.