SEOUL, Aug. 31 (Yonhap) -- An appellate court on Monday upheld a seven-year prison sentence for Won Sei-hoon, a former National Intelligence Service (NIS) director, who was indicted for spending taxpayer money to interfere in domestic politics in favor of preceding conservative governments and on other charges. 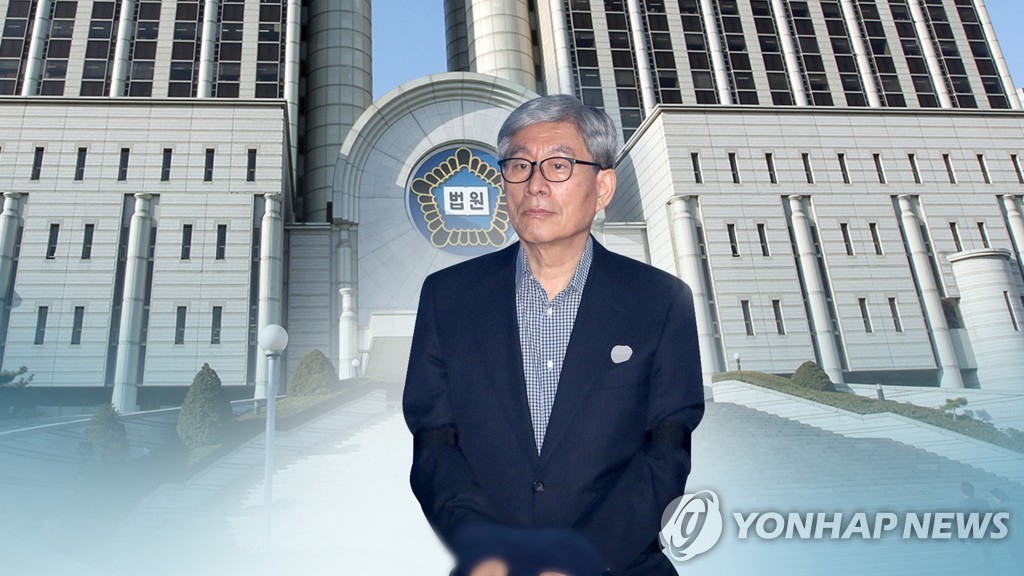 The appellate court increased the amount of money recognized as having been embezzled by Won to 15.6 billion won (US$13.14 million) from 12.8 billion won recognized by the lower court. It also found him guilty of receiving about 200 million won in bribes.

But both the district and appellate courts didn't mete out any monetary penalty for Won, though prosecutors demanded a forfeit of 19.8 billion won.

Won was also acquitted of 13 charges of abuse of authority and obstruction of the exercise of rights in connection with his attempts to disadvantage liberal figures in broadcasting activities.

Won's additional indictments came after the Moon Jae-in administration launched a reinvestigation into the NIS' past wrongdoings following his inauguration in May 2017.

Prosecutors reopened the investigation into Won after an internal NIS probe found documents that suggest the spy agency ran 30 cyberteams and spent billions of won in taxpayer money to pay civilians and NIS retirees to write disparaging internet comments about liberal figures.

The Seoul High Court said any form of political intervention by the NIS deserves severe punishment.

"In our country's history, the spy agency's political interference has caused harm on multiple occasions. It's very wrong for the NIS to set up and support a civilian organization," the court said.

It also noted that a number of NIS officials have been criminally punished after being unable to reject Won's instructions and involved in various crimes.