SEOUL, Sept. 1 (Yonhap) -- The defense ministry asked for a 5.5 percent increase in its budget for next year with the goal of strengthening self-defense capabilities amid growing security uncertainties as well as nontraditional challenges such as COVID-19, officials said Tuesday.

The proposal is scheduled to be submitted to the National Assembly on Thursday for approval. If approved, the country's defense budget will surpass the 50 trillion-won mark for the second consecutive year. 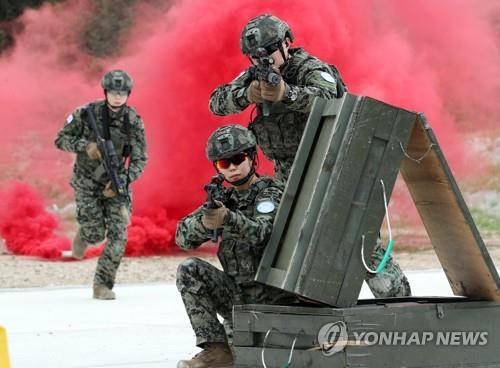 Of the total, the ministry earmarked 17.1 trillion won for arms purchases and other projects to boost the country's defense capabilities, up 2.4 percent from this year. It also set aside 35.84 trillion won for running military forces, marking the highest on-year growth of 7.1 percent in a decade.

"We will focus our investment on beefing up comprehensive security capabilities to proactively respond to security threats from all directions and to deal with nontraditional challenges such as infectious diseases and terrorism," the ministry said in a statement.

North Korea continues to improve its nuclear and missile capabilities amid stalled denuclearization talks with the United States. Security circumstances surrounding the Korean Peninsula have become increasingly complicated amid the growing rivalry between the U.S. and China. 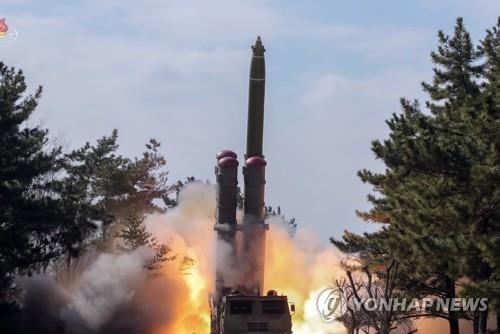 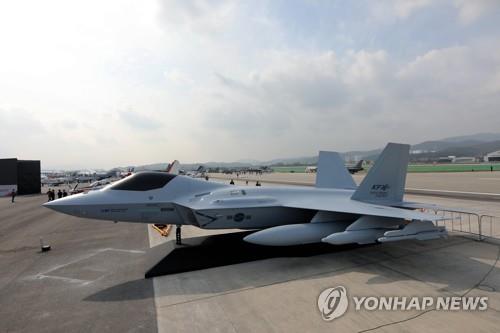 In detail, 14.57 trillion won will be earmarked next year to procure necessary military assets, which aim to counter threats from North Korea's nuclear and other weapons of mass destruction; to secure capabilities to retake wartime operational control (OPCON) from the United States; and to achieve defense reform, according to the ministry.

Major projects include the KF-X project to develop the homegrown fighter by 2026, which will require 906.9 billion won next year; the development of a 4,000-ton next-generation submarine with a 2021 budget of 525.9 billion won; and the production of new K-2 battle tanks with a 309.4 billion-won budget.

The budget for research and development (R&D) on cutting-edge defense technologies will also increase 8.5 percent on-year to 4.25 trillion won, according to the ministry.

It also seeks to earmark nearly 400 billion won to introduce advanced surveillance equipment and reinforce related facilities to beef up security in and around military bases and coastal areas,

The move came after a series of intrusions by civilians into military installations earlier this year. The military and the Coast Guard have also come under fire for their security breaches that allowed a group of Chinese people to sneak into South Korea. 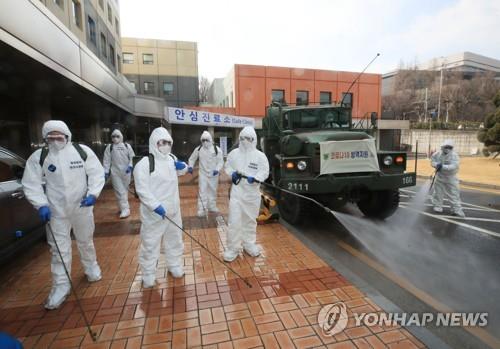 Around 96 billion won will be earmarked for the military's preemptive responses to nontraditional threats such as the new coronavirus, according to the ministry.

The budget calls for securing face masks for service personnel, additional medical equipment for military hospitals and the expansion of medical institutes of the military, among other things, according to the ministry.

It also plans to increase the budget to better manage troops and to boost the welfare of service persons by pouring the budget into raising their pay and building new facilities. The monthly wage for rank-and-file service members is to increase 12.5 percent next year. An Army sergeant, for example, would receive 608,500 won next year, up from this year's 540,900 won, the ministry said.

According to the military expenditure report by the Stockholm International Peace Research Institute, South Korea ranked 10th with its 2019 defense spending of $43.9 billion.