SEOUL, Sept. 1 (Yonhap) -- For all the trade rumors that swirled around him, South Korean major leaguer Choo Shin-soo is staying put with the Texas Rangers.

The trade deadline in Major League Baseball (MLB) fell at 4 p.m. Eastern Time on Monday, or 5 a.m. Tuesday in South Korea, and Choo didn't get dealt. The Rangers instead traded All-Star pitcher Mike Minor to the Oakland Athletics, and sent catcher Robinson Chirinos and third baseman Todd Frazier to the New York Mets in separate deals. 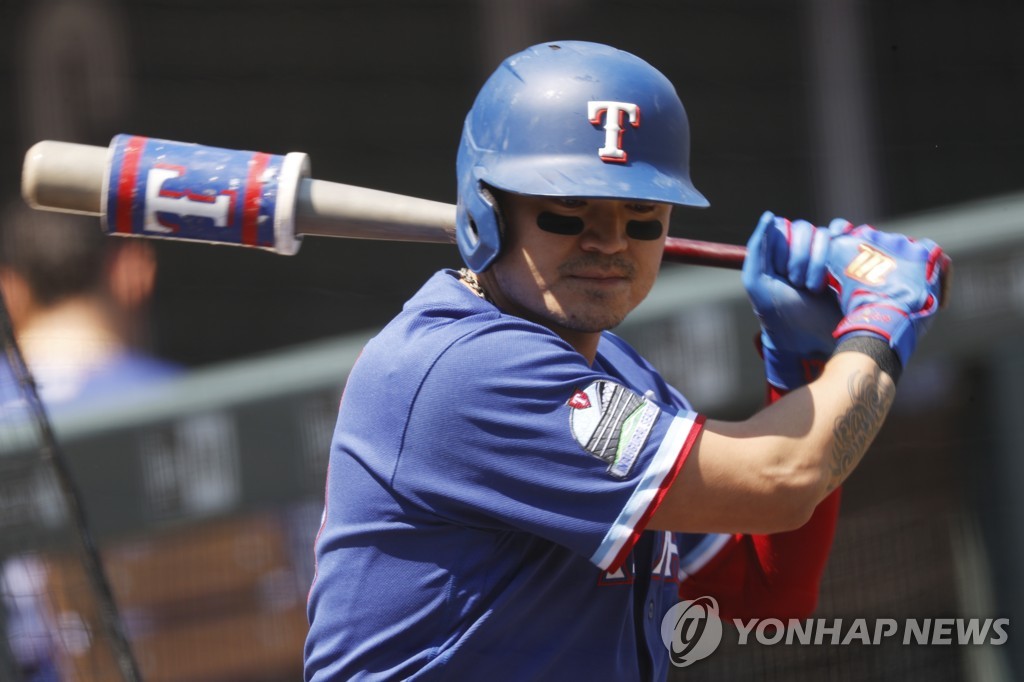 Choo, 38, is in the final year of his seven-year, US$130 million contract with the Rangers. With the club not in playoff contention and Choo set to leave in free agency after this season, the Rangers were expected to ship him out for assets in return rather than risk losing Choo for nothing in the winter.

The outfielder/designated hitter also had "10 and 5" veto rights: as a veteran of at least 10 major league seasons, with the past five seasons spent with the same club, Choo had rights to veto any trade.

This year, Choo has already missed several games with calf and oblique injuries, and was only batting .218/.300/.356 with three home runs and 13 RBIs in 25 games through Monday.

Choo made his major league debut with the Seattle Mariners in 2005. The following year, the Mariners traded him to the Cleveland Indians, where Choo blossomed as a toolsy outfielder who could hit for average, hit for power, steal bases and play solid defense in right field. 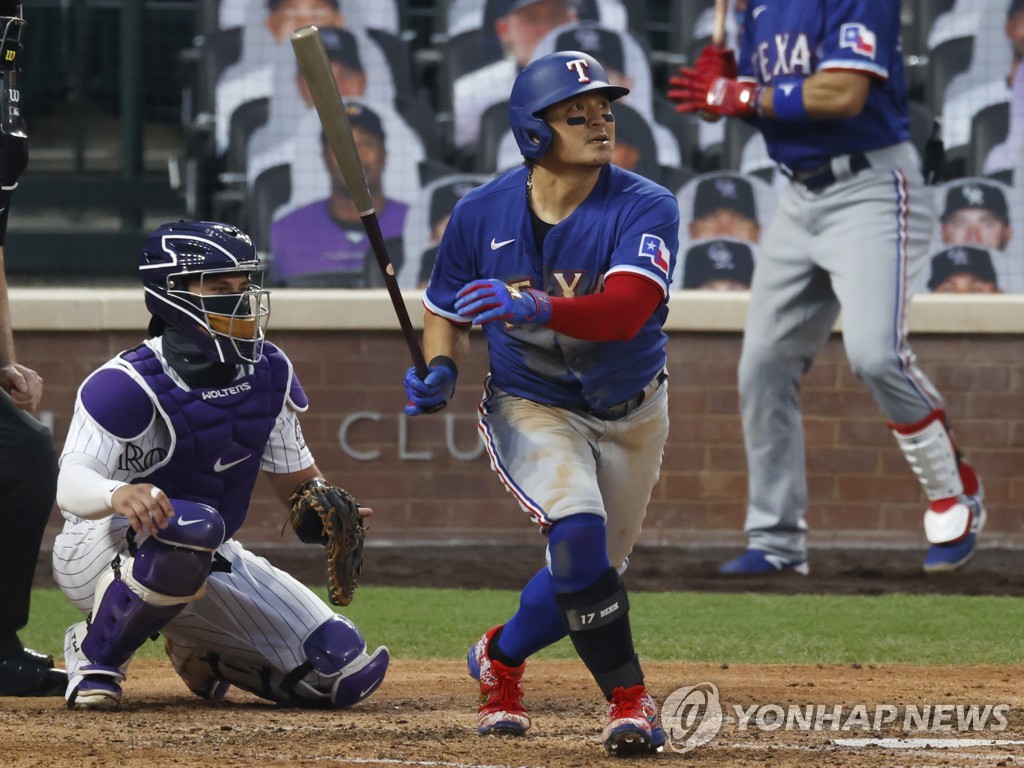 Then in late 2012, the Indians dealt him to the Cincinnati Reds as part of a three-team deal. Choo spent only one season with the Reds in 2013, and it was his best season to date. Choo had his third 20-20 season with 21 home runs and 20 steals, while setting career highs with 107 runs scored, 112 walks and a .423 on-base percentage. He ranked second in the National League (NL) in all three categories.

He parlayed that into that lucrative deal with the Rangers before the 2014 season. Choo hit at least 20 homers four times in a Texas uniform, including a career high 24 last year, and earned his first All-Star selection in 2018, during which he set a new club record with a 52-game on-base streak.

Despite declining defensive skills, Choo proved last year that he could still be a valuable offensive contributor when healthy.

The Rangers were 12-21 through Monday, six games behind the Toronto Blue Jays for the second wild-card berth in the American League (AL) with 27 games remaining. 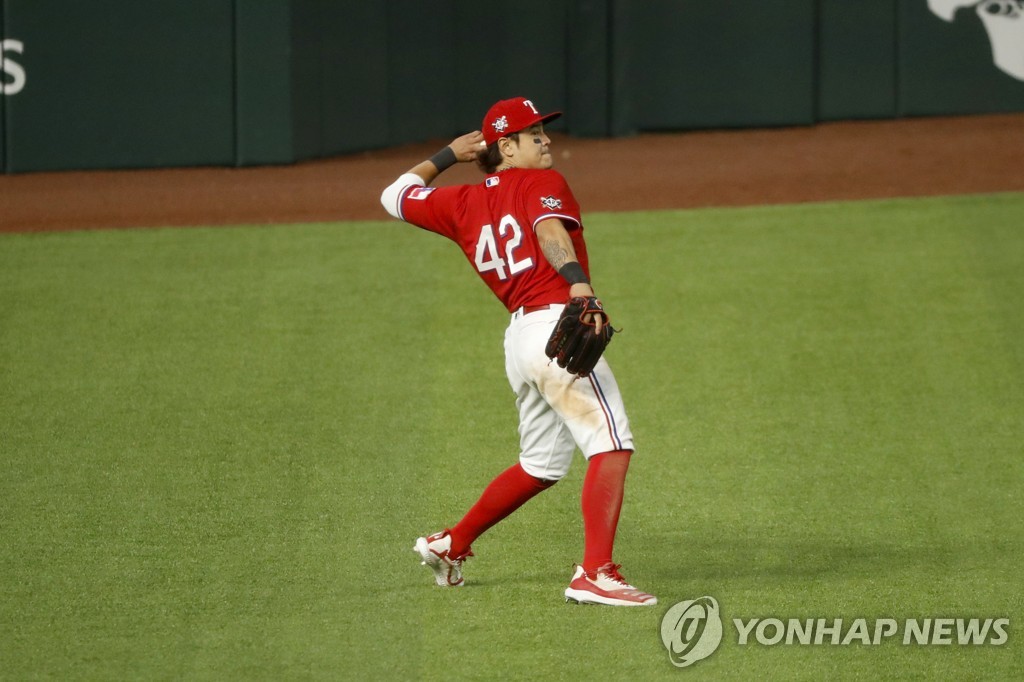