Ri Pyong-chol, vice chairman of the Central Committee of the Workers Party, visited regions in the country's southwestern province of Hwanghae and inspected damage from Typhoon Bavi that passed through the country on Thursday, according to the Korean Central News Agency.

Ri, who is believed to have overseen the North's missile and nuclear weapons development, was recently appointed as a member of the presidium of the party's politburo. He is presumed to be handling military affairs in the country's powerful five-member decision-making body.

It is rare for such a top official involved in military affairs to make a "field guidance" trip, as it has usually been carried out by the country's premier and other economic officials.

"He underlined the need for the officials of elementary Party organizations and Party members to further enhance their responsibility and roles to successfully lead and help the farmers fully display their mission as masters responsible for the granary of the country," the KCNA said.

"He also discussed the measures for manuring and cultivating well the crops in the typhoon-stricken fields and for harvesting every crop," it added. 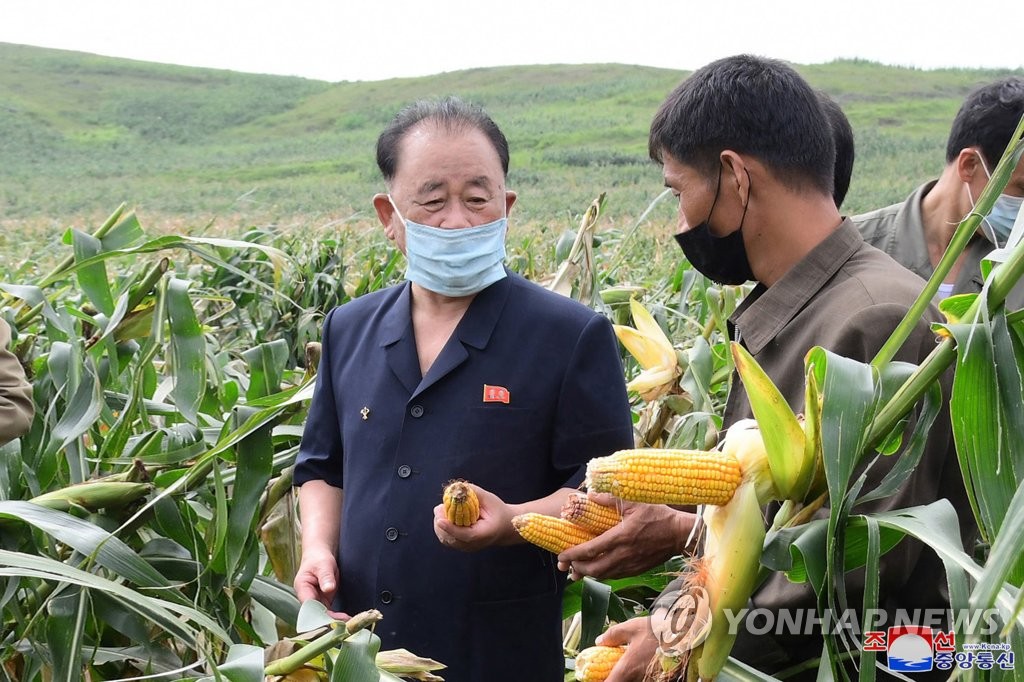 In separate articles, the KCNA said that Pak Pong-ju, the North's No. 3 leader known to have economic expertise, and six other vice chairmen of the party's Central Committee, including former premier Kim Jae-ryong, visited typhoon-hit areas in South Hwanghae Province.

Pak, in particular, stressed the "need to pay deep attention to the living of farmers" affected by the typhoon and make more achievements in overall recovery efforts, the KCNA said.

The Rodong Sinmun, the official newspaper of the ruling party, and the Minju Joson, the cabinet newspaper, both placed photos of the trips by the party officials ahead of a brief article about leader Kim Jong-un sending condolence flowers to a late anti-Japanese revolutionary fighter.

This is unusual because news about the leader is mostly placed on the front page or ahead of other officials' activities in North Korea.

Their trips to the affected areas came as North Korea has been struggling to recover from flooding caused by recent heavy downpours and last week's typhoon in its rice-producing regions amid worries that it could put additional strain on its food shortage problem.

Last week, leader Kim visited a typhoon-hit area in Hwanghae Province and called for all-out efforts to minimize damage to farming fields and a reduction in harvests.

Observers said those recent trips by the leader and high-ranking officials appear aimed at highlighting the party's care for the livelihood of people affected by recent back-to-back natural disasters. 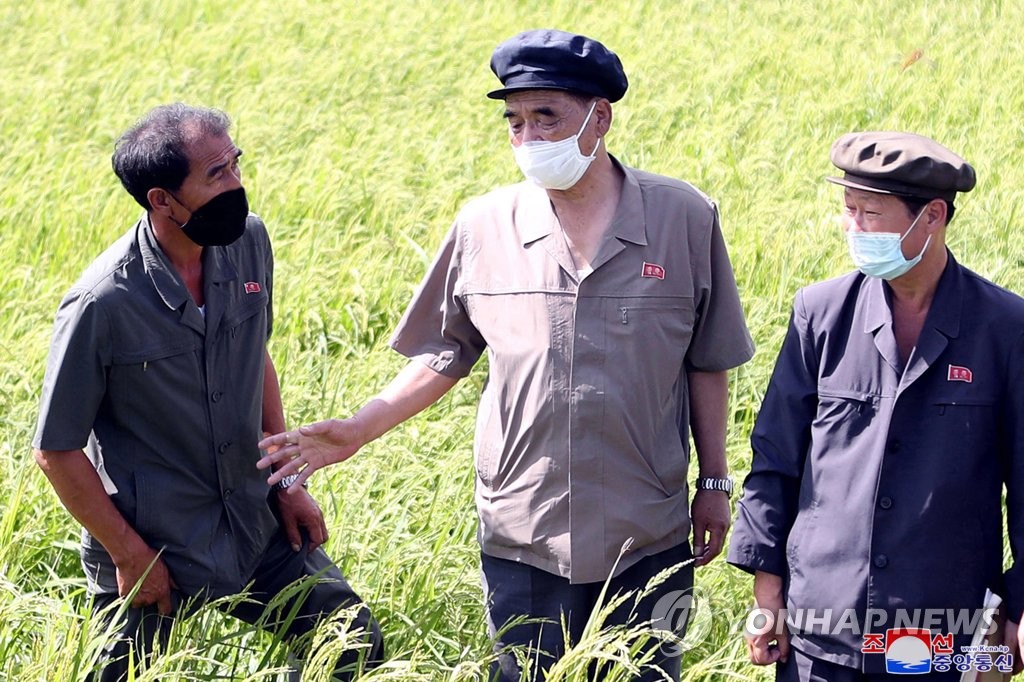