In the five-day survey of 2,544 voters nationwide through Friday, the governor's favorability rose 3.7 percentage points to 23.3 percent from a month earlier. That of the DP chief, a former prime minister, dropped 1 percentage point to 24.6 percent, though he remains the front-runner.

It marks the first time that the ratings of the two have narrowed to within the margin of error, which is plus and minus 1.9 percentage points, in the pollster's relevant survey. 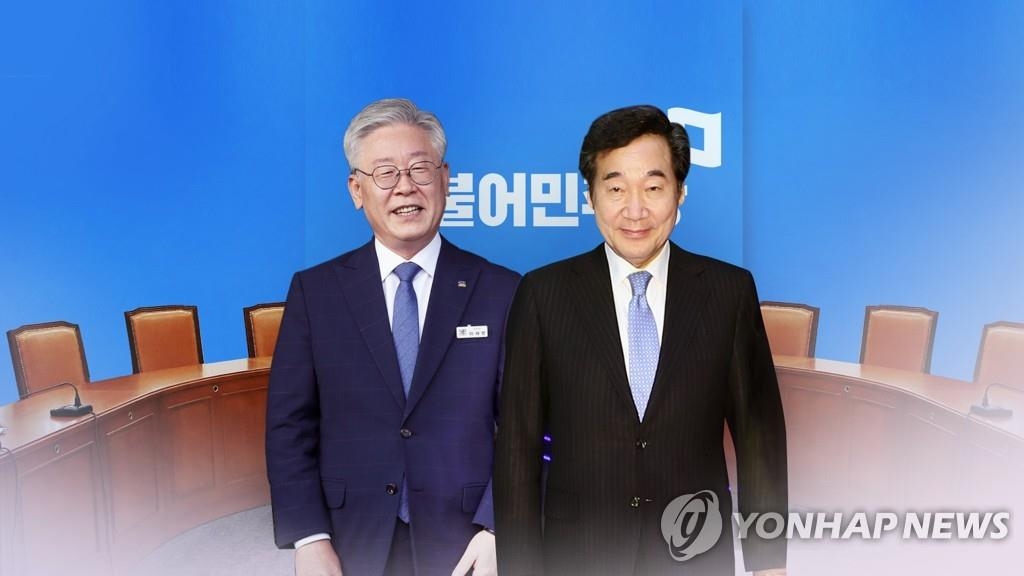 The DP leader's favorability peaked at 40.2 percent in April, when the governor's marked 14.4 percent.

The governor, who served as Seongnam mayor, is known for aggressive policy measures to curb the spread of COVID-19. He is also a strong advocate of a universal basic income.

The former prime minister won the party leadership last weekend, though his favorability has fallen for four months in a row.

Many say that his new job is a double-edged sword for his possible bid to become the next president to be elected around March 2022.

It could be a chance for him to solidify his party base. If he wants to join the presidential race, however, he should quit his current job no later than next March, a year ahead of the election, under the party's constitution.

It means that he has only half a year to produce accomplishments as the leader of the party with 176 seats in the 300-member National Assembly.

South Korea is struggling to contain the coronavirus and minimize its economic fallout, which are among a number of major challenges facing the nation.

Kim Chong-in, caretaker leader of the main opposition United Future Party who was included in the Realmeter poll for the first time, garnered 1.3 percent of support.

Asked during a radio interview whether there is a possibility that Kim will run in the presidential election, the DP leader said, "I think so."