SEOUL, Sept. 1 (Yonhap) -- Seoul's ritzy southern neighborhood of Daechi, known as a major cluster of cram schools in the country, may be one of the areas that has been most affected by the government's toughened social distancing guidelines aimed at containing the new coronavirus.

The neighborhood, where one can sometimes spot people queuing for hours to register at "hagwon," or private academies, and traffic jams prompted by parents who pick up their children late night, has turned mostly quiet after the government banned face-to-face teaching at those facilities, restricted operations of study cafes and partitioned private libraries in the greater Seoul area. 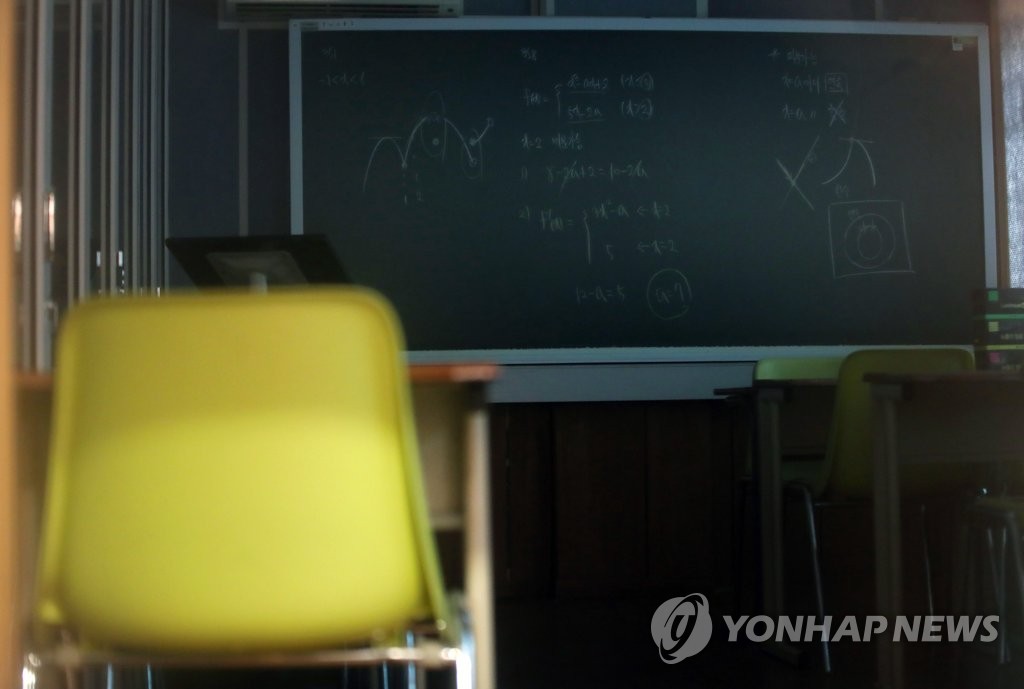 "There are no face-to-face classes now. Students only sometimes come to pick up their learning materials or extend their registration," a lecturer at a math cram school said.

Some cram schools, including those with less than nine people that are not restricted under the guidelines, were also closed to prevent any possible infections among instructors and students.

Things were not much different in Mokdong, in western Seoul, or Junggye, in northern Seoul, which are also known as hubs for cram schools that help students prepare for their college entrance exams.

The measure has put students and parents on edge.

"I didn't have anywhere to study outside of my home so I studied at my desk, but it feels inefficient and exhausting," said an 18-year-old student who used to study at a study cafe in southern Seoul.

Students say it's more difficult for them, with schools closing for most students and classes running on a reduced schedule for high school seniors.

"A lot of my friends feel dejected and they've given up. We are not even angry," said an 18-year-old surnamed Jin, mentioning how students have nowhere to go but home after 1:50 p.m. when school finishes. 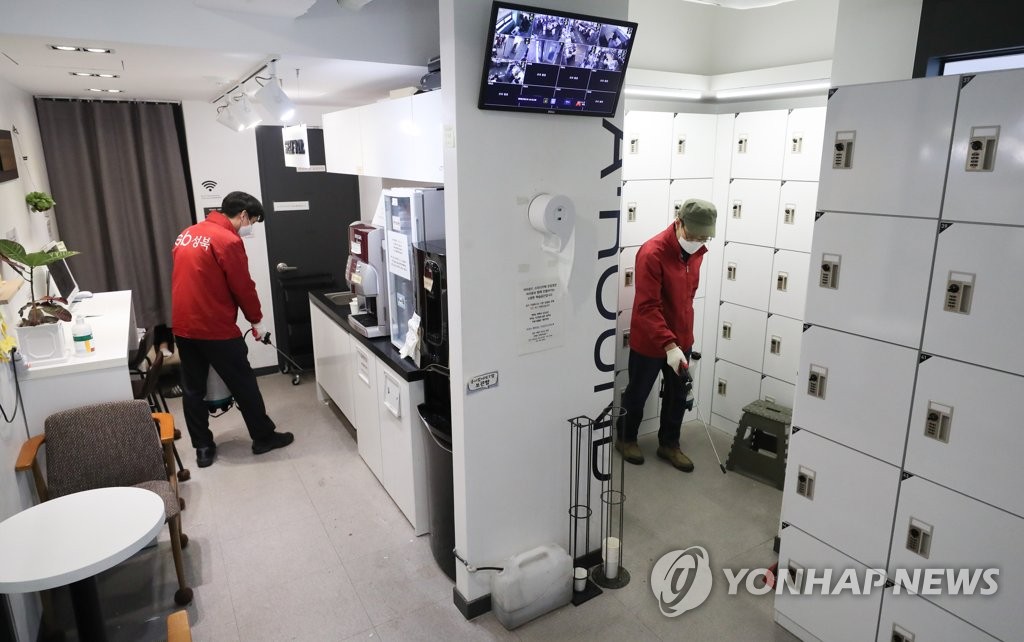 For some owners of study cafes and hagwon, it's a matter of life or death for sustaining their businesses.

"It felt like getting a death sentence after seeing the no-entry notice on the hagwon entrance," said a vice head of a cram school in the northern Seoul ward of Nowon.

"Even if we suspend classes, I'm concerned about paying the rent," the 43-year-old said, worrying that some parents may asks for partial refunds or class extensions if the situation continues.

Starting Sunday, South Korea began to restrict operations of restaurants, bakeries and franchise coffee chains in Seoul, Incheon and Gyeonggi Province while retaining its Level Two social distancing requirements in its fight against the virus.

As part of the measure, it has also ordered indoor sports facilities and study rooms to close and hagwon with 10 or more people to only run remote learning classes, affecting some 63,000 cram schools in greater Seoul. 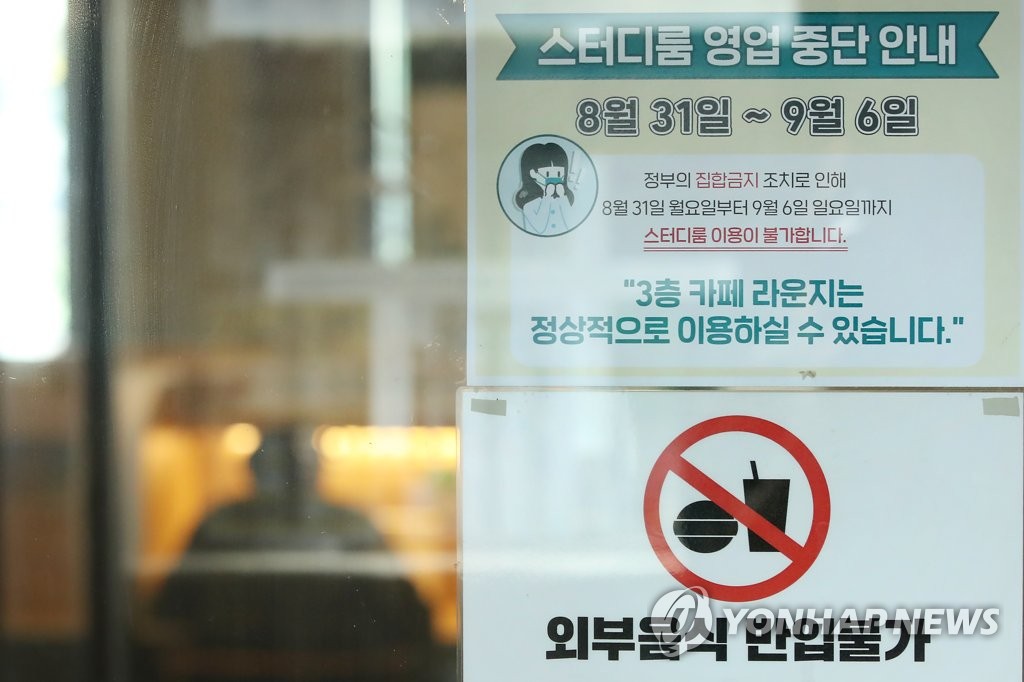