SEOUL, Sept. 1 (Yonhap) -- The South Korean baseball league breathed a collective sigh of relief Tuesday, as two players tested negative for the novel coronavirus after coming in contact with an infected teammate.

The two players for the Hanwha Eagles in the Korea Baseball Organization (KBO) were tested after it was determined that they had been in contact with the Eagles' minor league pitcher Shin Jung-rak. Shin tested positive for COVID-19 on Monday, becoming the first professional athlete in the country to be infected. Those two players were recently called up to the KBO team.

Shin began the 2020 season with the KBO club but was demoted to the Futures League, the KBO's minor league, after pitching on June 27. He has been in the minors since, and hasn't pitched in the Futures League since July 22 while nursing an elbow injury. Shin exhibited symptoms last Saturday.

In light of Shin's positive test, 40 members of the Eagles' minor league club, including players, coaches and staffers, were all tested Tuesday, and their results came back negative. There are 37 remaining members who didn't report to work in their minor league facility in Seosan, 150 kilometers south of Seoul, and will be tested later Tuesday.

The two call-ups who tested negative will be quarantined. The status of the Eagles' game on Tuesday against the Doosan Bears in Seoul will be determined later in the day.

The Eagles' minor league game for Tuesday has been postponed as a precaution. And after Shin had come in contact with his former teammates on the LG Twins' Futures League affiliate, the Twins also postponed their Tuesday's game while players are being tested. 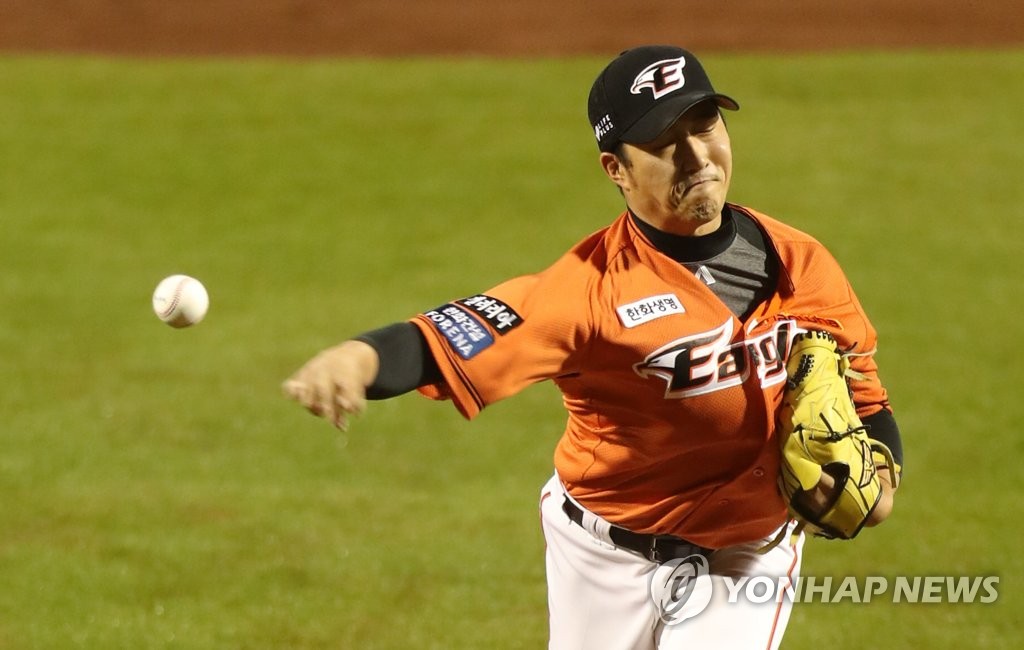