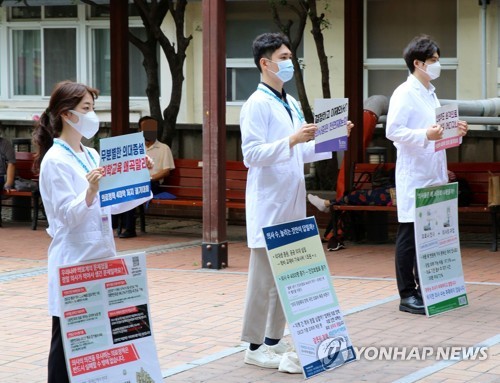 Data showed that 83.9 percent of trainee doctors have taken part in the strike as of Monday, while the percentage of fellow doctors reached 32.6 percent. Hospitals in the southwestern city of Gwangju on Tuesday said 92 percent of trainee doctors in the city are on strike. Jeonbuk National University Hospital in Jeonju confirmed that all of its 181 interns and resident doctors had not reported to work. 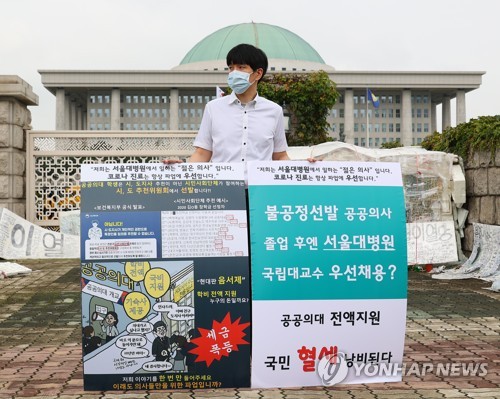 Trainee doctors and the Korean Medical Association (KMA) said the walkout will be maintained until the government scraps the reform plan outright. Interns, residents and fellow doctors also formed a joint emergency response committee with medical students to better make their views known.

The doctor groups have said they are willing to hold public discussions with the government on all outstanding matters if the government withdraws its reform plan.