SEOUL, Sept. 1 (Yonhap) -- It stands to reason that you have to take shots to score goals in football. And the leading scorer in the 2020 K League 1 season has elevated that to a new level, data showed Tuesday. 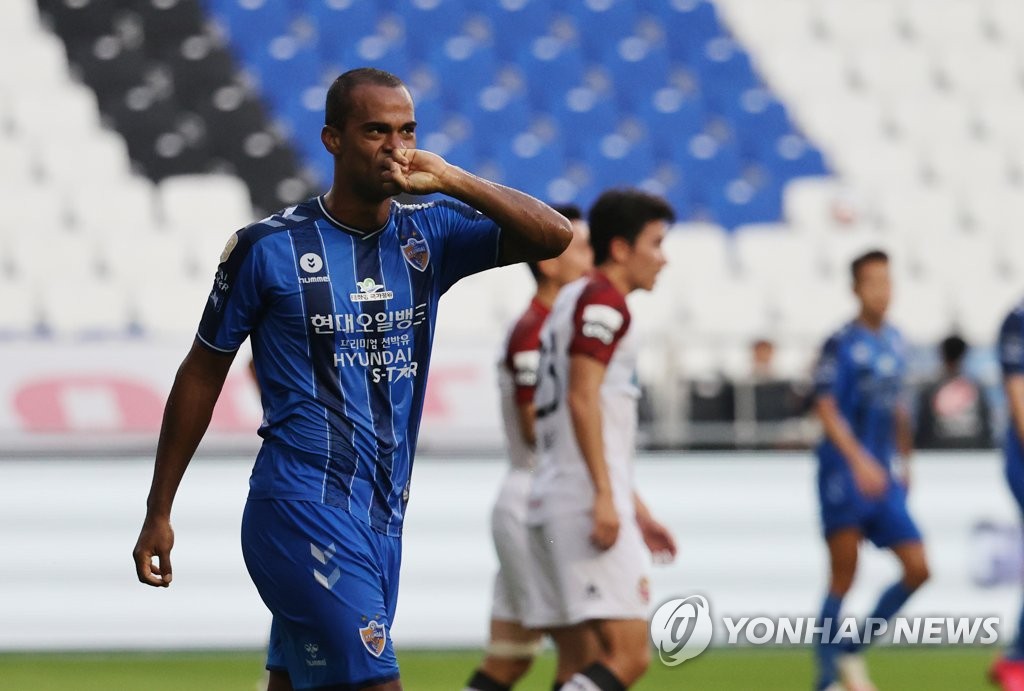 In addition to having scored the most goals, Junior Negrao also leads the way in shots on target, total shot attempts and shooting percentage.

The Korea Professional Football League (K League) unveiled its match data reports on Tuesday. According to the league's number crunching, Junior Negrao has put 49 shots on target and has made 72 shot attempts. The Brazilian striker has scored on 68.1 percent of his shots on target.

Iljutcenko is tied for third in shots on target with 45 and has a 51.1 percent shooting percentage. 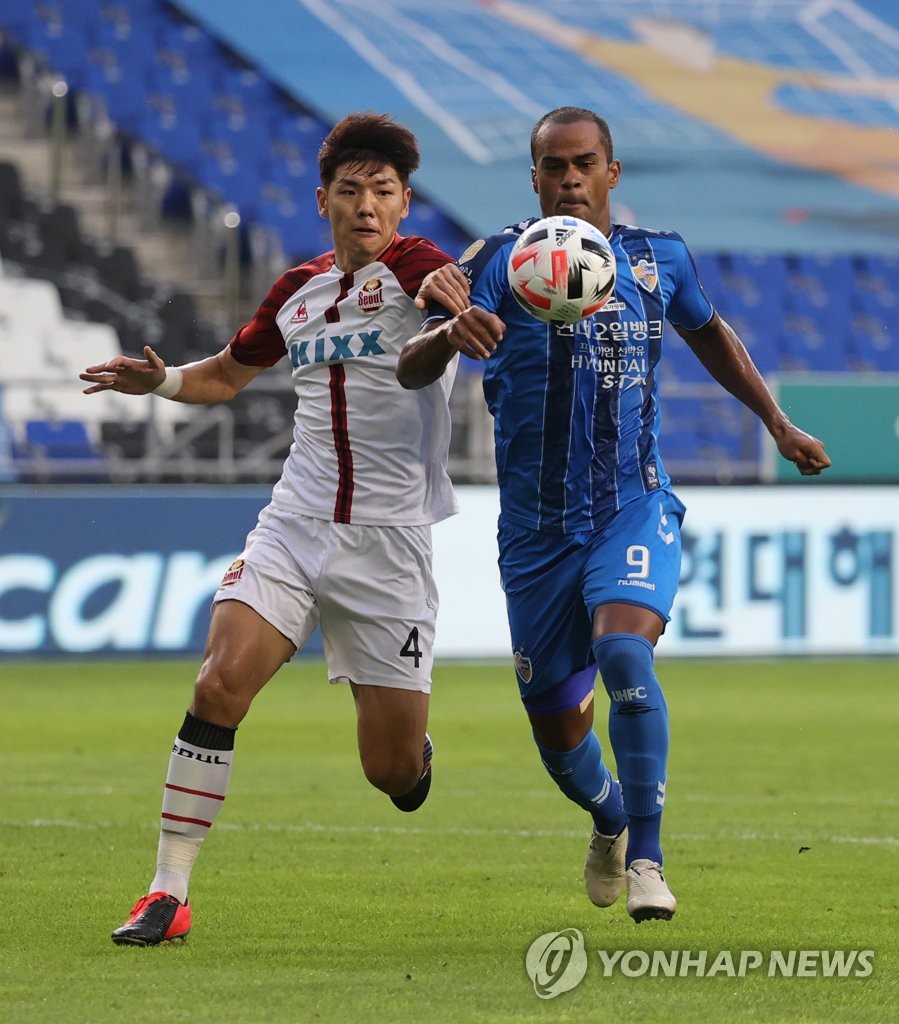 With nine matches left, Junior Negrao is threatening to break the single-season record of 31 goals. In 2012, Dejan Damjanovic hit that mark in 42 matches out of a possible 44. This year, teams will only play 27 matches, instead of the usual 38, because the start of the season was pushed back by more than two months due to the coronavirus pandemic. But Junior Negrao has been scoring 1.16 goals per game and could end up right around 31 goals if he keeps up the current pace.

Cesinha leads the K League 1 in another offensive category: key passes, defined as the final passes that lead to a shot, regardless of the shot's outcome. He has made 44 key passes so far, seven more than Aleksandar Palocevic of Pohang Steelers. 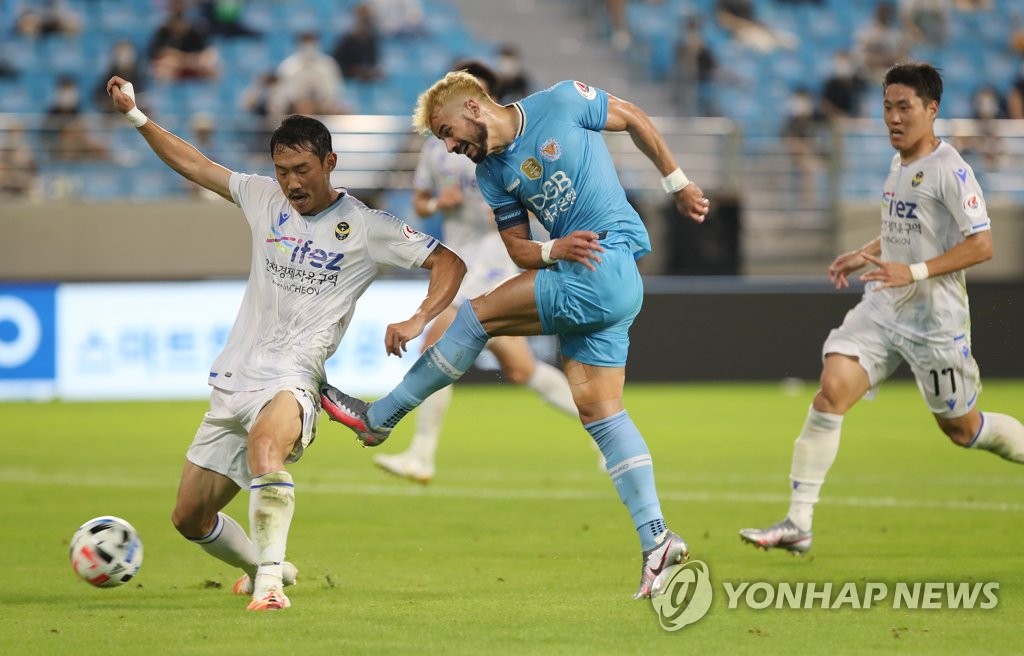 Cesinha also came out on top in crosses, connecting on 36 out of 112 attempts.

On defense, Busan IPark midfielder Park Jong-woo has been the best in tackles, with 27 successful challenges out of 45 attempts.

In net, Ulsan goalkeeper Jo Hyeon-woo boasts a save percentage of 81.67 percent, having conceded 11 goals from 49 shots on target. 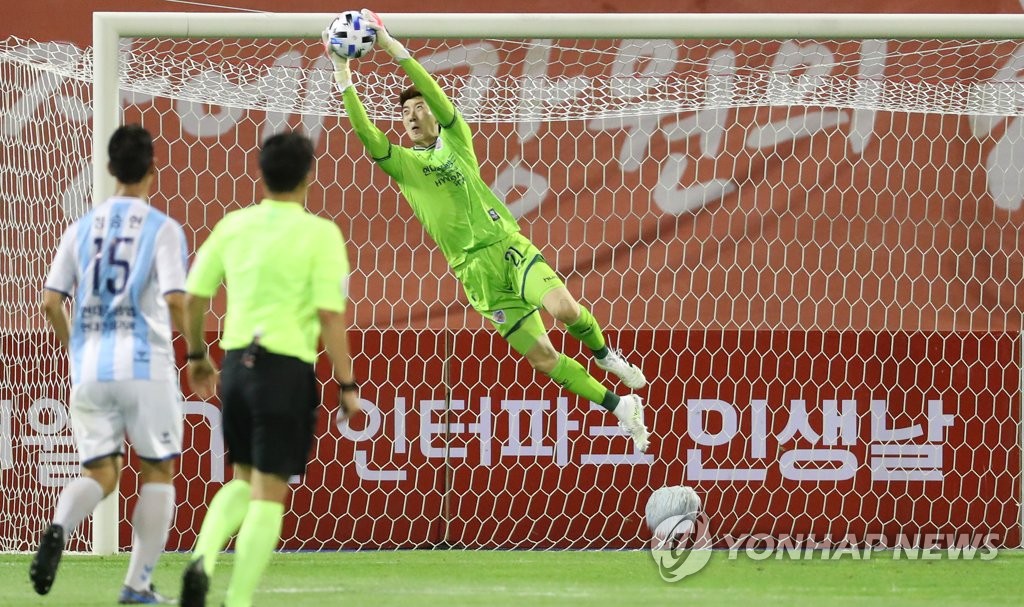