SEOUL, Sept. 1 (Yonhap) -- All five South Korean baseball games will be played Tuesday as scheduled, a day after a minor league player tested positive for the novel coronavirus.

The Korea Baseball Organization (KBO) said it received the green light from the national health authorities, following their epidemiological survey. 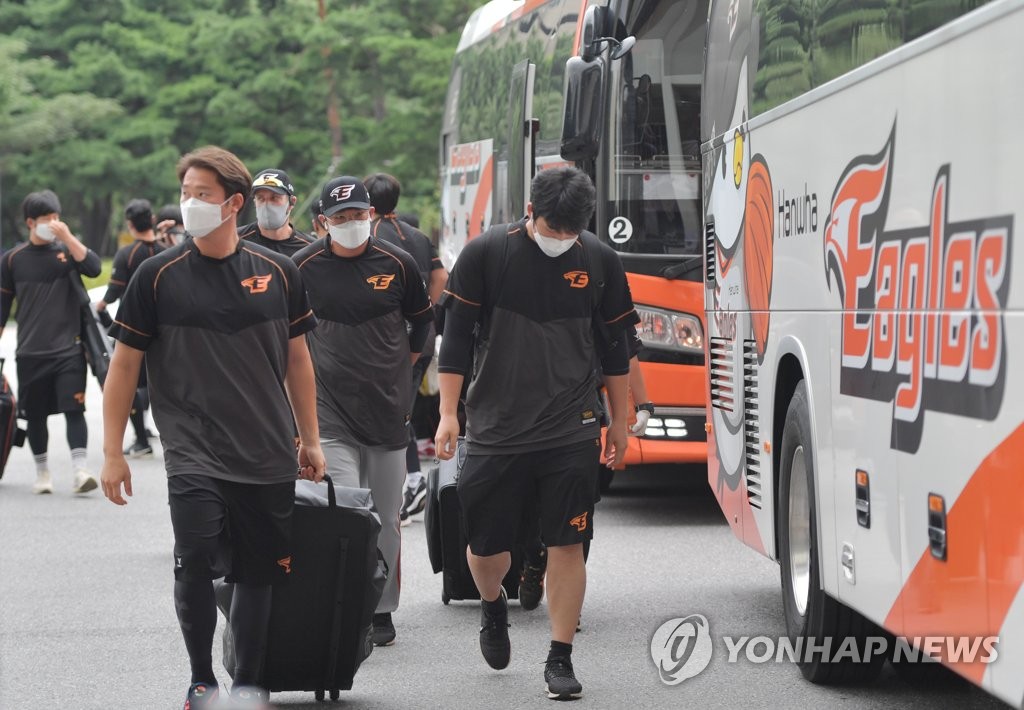 A Hanwha Eagles minor league pitcher, Shin Jung-rak, tested positive for COVID-19 on Monday, becoming the first professional athlete in South Korea to be infected. Two recent call-ups who had recently been in contact with Shin, and their two teammates tested negative earlier Tuesday. Also, 40 players, coaches and staff members for the Eagles' minor league affiliate in Seosan, 150 kilometers south of Seoul, tested negative for the virus. The Eagles said 36 other players and staffers are undergoing tests.

Shin, a former LG Twins draft pick, also recently came in contact with members of the Twins' minor league team, prompting the Twins to have their minor leaguers go through COVID-19 tests.

Minor league games involving the Eagles and the Twins on Tuesday were postponed. Then following negative tests earlier in the day, the KBO awaited the final word from health officials before deciding the status of the Eagles' KBO game against the Doosan Bears in Seoul. 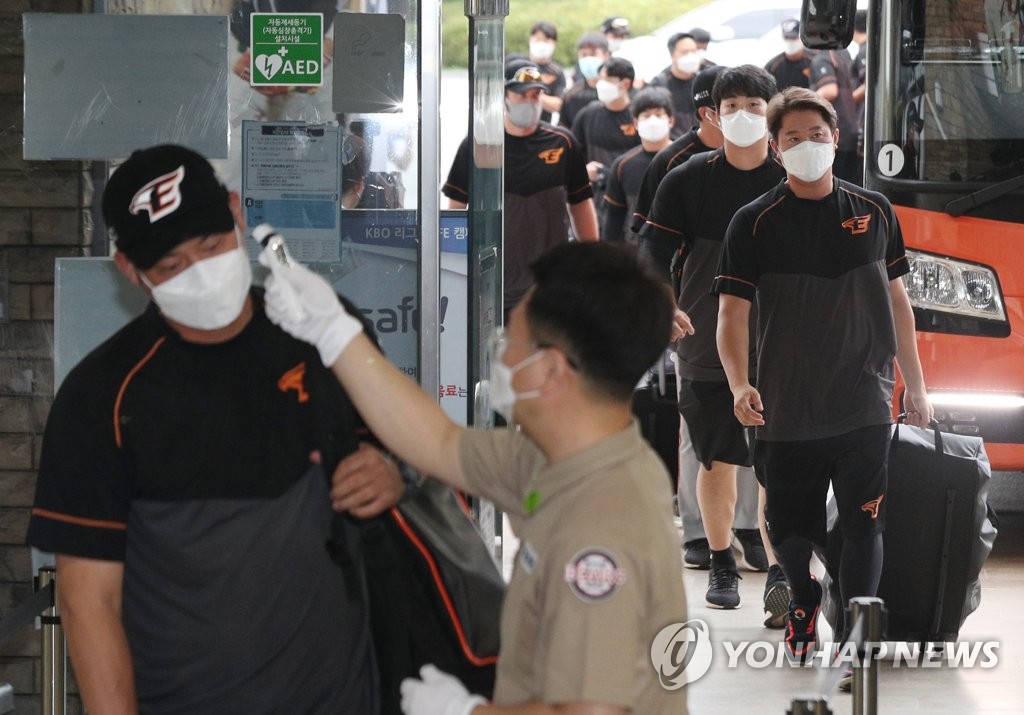 "We fully cooperated with health officials' epidemiological survey and tried to ensure the safety of players in games," the KBO said. "We'll take any additional step necessary, as determined by health authorities."

Shin's positive case is the first major scare for a league whose season has experienced a few ups and downs.

The regular season began on May 5, pushed back from the original Opening Day of March 28 by the coronavirus pandemic. To prevent the spread of the virus, teams opened the season without fans in the stands.

Stadium gates opened back up on July 26, with the spread of the virus stabilized for weeks leading up to that point. At first, teams were only allowed to take in 10 percent of the capacity crowd at their respective ballparks. Then starting in the week of Aug. 10, the cap was raised to 25 percent. 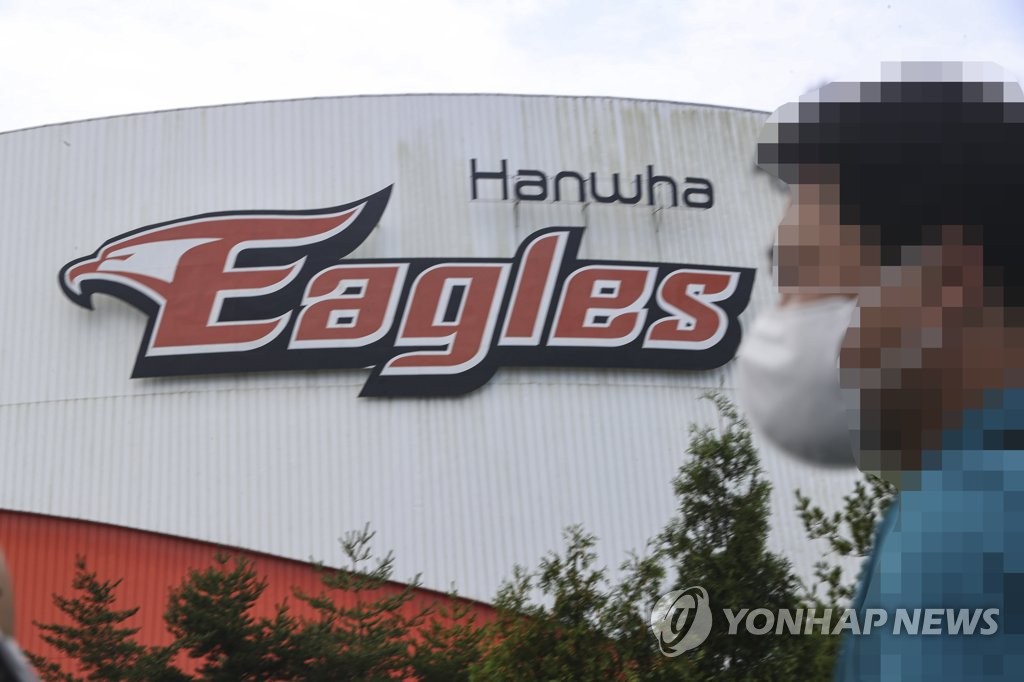 Later that same week, though, the government decided to apply tighter social distancing rules in Seoul and the surrounding regions in response to a sudden spike in COVID-19 cases. The measure was soon applied to the rest of the country, forcing all KBO teams to shut their stadiums once again.

Even without any positive test until this week, the KBO season had been on the brink. The country is currently under Level 2 of the three-tier social distancing scheme, and should it be raised to Level 3, all professional sports must stop. The government is exploring that possibility, though it is regarded as the last resort, given its adverse impact on the economy.

The KBO has prepared a contingency plan in which the schedule will be shortened from the current 144 games to as few as 126 games if the league is forced to press pause in midseason. 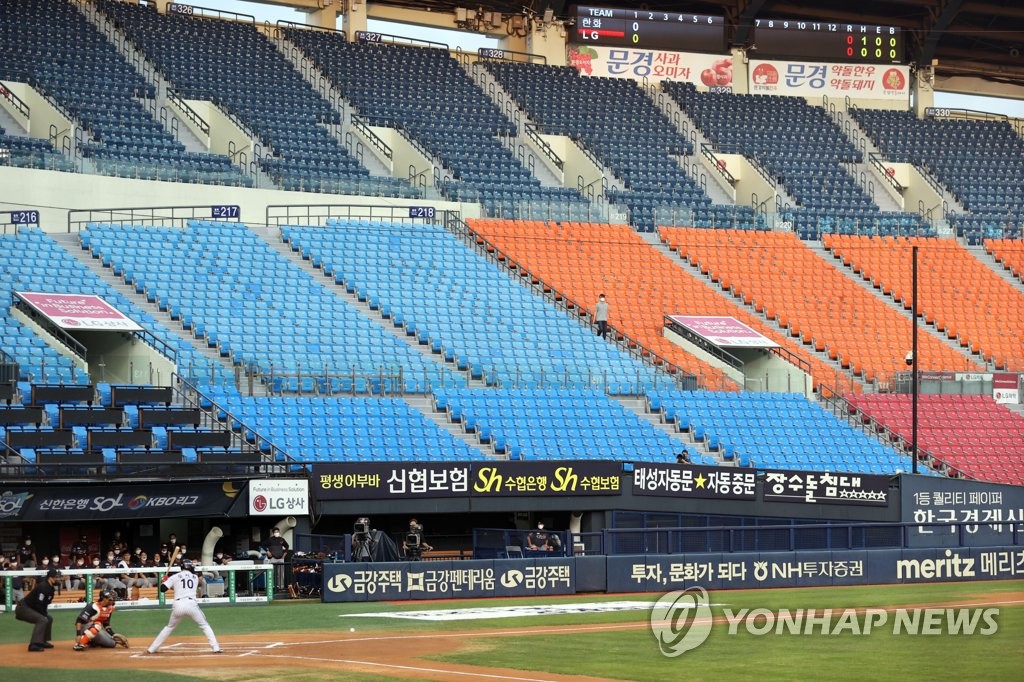