Lee made the remark during his first meeting with Japanese Ambassador Koji Tomita after his inauguration in July, stressing the need for the two countries to maintain cooperation in the wake of Japanese Prime Minister Shinzo Abe's recent decision to step down.

"Prime Minister Abe has announced his decision to step down due to health concerns. Our government is sorry to hear about this and wishes him a speedy recovery," Lee said at the start of the meeting.

"Our government will continue to cooperate with the new Japanese administration and we expect to maintain close cooperation especially in achieving peace on the Korean Peninsula and peace in the Northeast Asia region," he said.

Tomita agreed on the need to resume denuclearization talks but emphasized that several issues remain for Tokyo and Pyongyang to resolve first, including the abduction of Japanese citizens by the North in the 1970s and 1980s to train its spies on Japanese language and culture.

The abduction issue has been one of the key hurdles for diplomatic normalization between North Korea and Japan for decades.

Inter-Korean relations have been stalled since the no-deal nuclear summit between the North and the U.S. early last year. The ties worsened recently when North Korea blew up a joint liaison office in its border town of Kaesong in anger over anti-Pyongyang leaflets flown from the South. 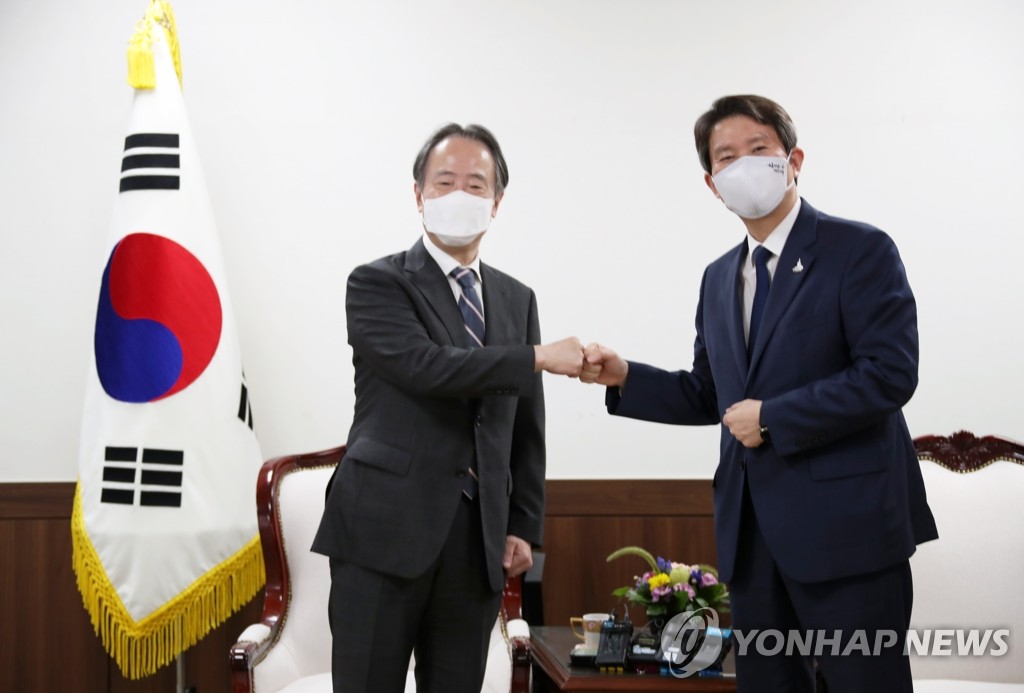