U-2S Dragon Lady surveillance aircraft and A-10 Thunderbolt II fighter jet were spotted in the skies over near the cities of Hwaseong and Seongnam, south of Seoul, earlier in the day, No Callsign tweeted.

They appear to have carried out regular missions, including monitoring North Korea, according to military sources here.

Dubbed a "tank killer," the A-10 has been one of the key air assets for the U.S. military in South Korea in deterring a potential provocation by the communist country.

North Korea has not shown major military actions in recent weeks, as it has been struggling with a variety of internal challenges, such as COVID-19 and damage from recent heavy downpours. It carried out summertime drills in an adjusted manner to deal with those issues. 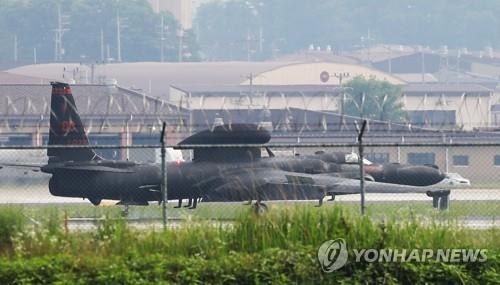