An employee at Hyemin Hospital tested positive for the virus Monday after showing symptoms the previous day. The hospital was later shut down.

Out of 28 people known to have come in contact with the patient, nine have tested positive as of Tuesday, according to health authorities. Fifteen have tested negative while four others were awaiting their results, they said.

Hyemin, located in Seoul's Gwangjin ward, is a mid-sized general hospital with more than 250 beds.

As the worker reported to work late last week, thorough disinfection work and contact tracing are under way, according to the ward office.

South Korea has seen a surge in new coronavirus cases since mid-August. On Tuesday, the country reported 235 new COVID-19 cases, including 222 local infections, raising the total caseload to 20,182, according to the Korea Centers for Disease Control and Prevention (KCDC). 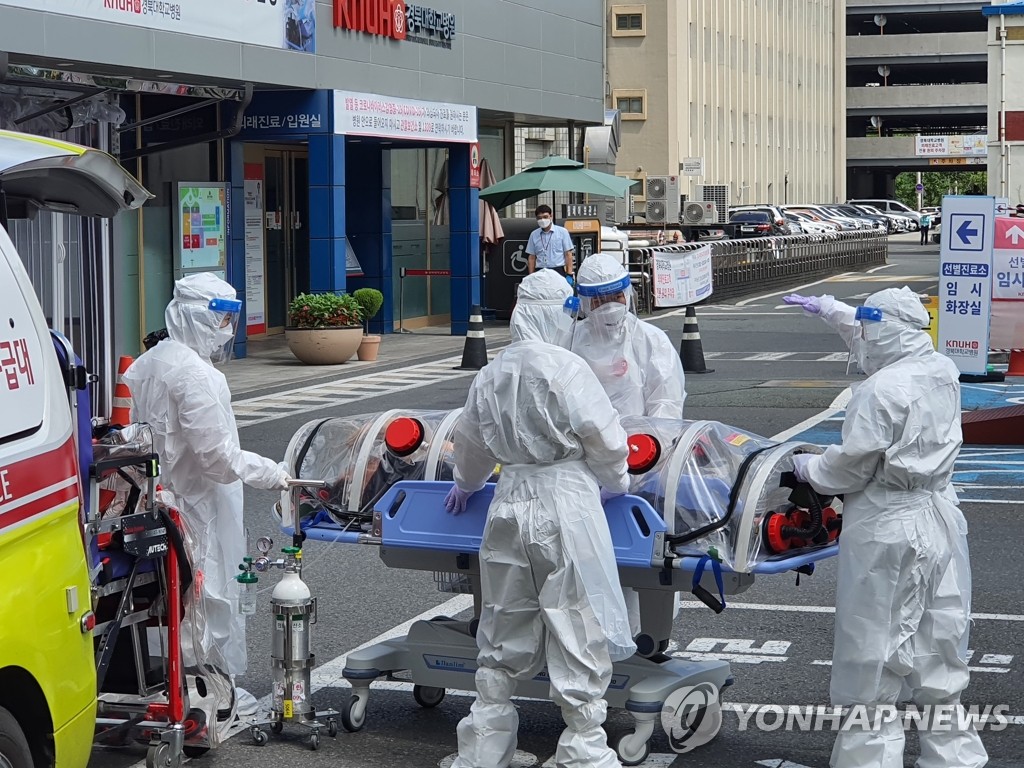