(ATTN: UPDATES with additional background in paras 8-11)
By Byun Duk-kun

WASHINGTON, Sept. 1 (Yonhap) -- The United States issued an advisory Tuesday against North Korea's continued and possibly evolving activities to secure equipment and materials for its nuclear and missile development programs, warning that those aiding the communist state, even unknowingly, may be subject to U.S. and international sanctions.

"Relevant industry stakeholders in the United States and abroad should be aware of these activities and techniques in order to
implement appropriate controls to ensure compliance with applicable national and multilateral legal requirements and mitigate sanctions risk," said the advisory, jointly issued by the departments of state, treasury and commerce. 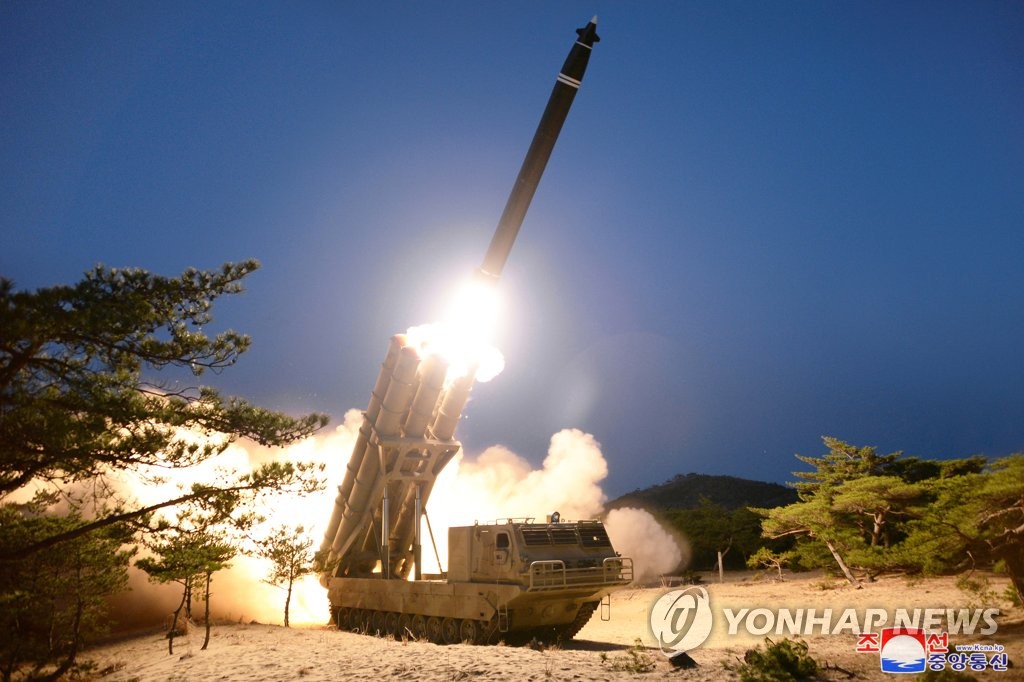 Pyongyang has been and still remains subject to various U.S. and U.N. Security Council sanctions that followed its nuclear and missile tests.

The North last staged its nuclear test, the sixth of its kind, in September 2017, shortly before its leader, Kim Jong-un, held a historic summit with U.S. President Donald Trump in June 2018.

Many believe the communist state may have resumed, if it had not continued, its clandestine nuclear development program after the second Kim-Trump summit, held February 2019, ended without a deal.

Still, the first joint advisory by the three U.S. departments comes ahead of the U.S. presidential election in November.

Many political observers believe military provocations, especially a resumption of long-range missile tests by North Korea, may undermine U.S. President Donald Trump's argument that his engagement with North Korean leader Kim Jong-un has kept the U.S. out of a war with the communist state.

Trump and Kim have held three meetings, including two bilateral summits in June 2018 and February 2019, but their talks have stalled, along with U.S.-North Korea denuclearization talks, since their latest summit ended without a deal.

The advisory included a list of six North Korean entities that have been identified and sanctioned for weapons procurement activities, such as Korea Ryonbong General Corporation, which it said was a defense conglomerate specializing in acquisition for North Korea's defense industries.

The joint advisory also focused on how the reclusive state seeks to procure materials and equipment that are prohibited under various U.S. and U.N. Security Council sanctions.

"To obtain these components, North Korea uses an extensive overseas network of procurement agents, including officials who operate from North Korean diplomatic missions or trade offices, as well as third-country nationals and foreign companies," it noted.

The advisory highlighted that North Korean diplomats have also been found involved in such activities.

"For example, according to the panel of exports report in 2013, two North Korean diplomats based at the North Korean Trade Office in Belarus were arrested for attempting to gain access to ballistic missile-related design information in Ukraine in 2011," it said.

To minimize the risk of facing penalties for violating North Korea sanctions regimes, the U.S. departments advised all individuals and businesses to employ a "risk-based approach" while making exports or reexports of items that are subject to U.S. export controls.

"North Korea's continued efforts to expand its ballistic missile capabilities pose a significant threat to both regional and global stability," the state department said in a press release.

"We urge the private sector to remain vigilant to efforts by North Korea to acquire missile-related technologies and equipment, including the specific items identified in this advisory, and to be aware of the sanctions risks under U.S. and UN authorities for assisting, even inadvertently, North Korea's ballistic missile-related procurement," it added.