The August tally accelerates from a 0.3 percent on-year gain in July, according to the data released by Statistics Korea.

Core inflation, which excludes agricultural and petroleum products, went up 0.8 percent from a year earlier. 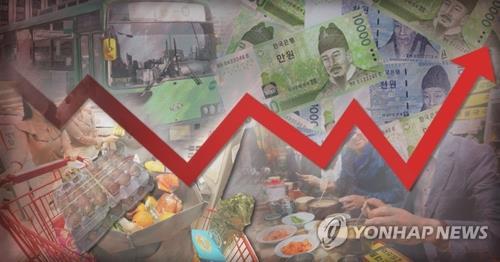 South Korea's consumer prices had increased at less than 1 percent for 14 consecutive months before growing 1.5 percent in January, followed by a 1.1 percent increase the following month

Last week the BOK sharply lowered its growth outlook for the nation's economy this year and froze its policy rate at a record low as uncertainties stemming from spiking virus cases heightened.

The BOK expected the nation's economy to contract 1.3 percent this year. The latest growth projection marked a sharp cut from the central bank's estimate in May of a 0.2 percent contraction.