August's spike was attributed to consumers' rush to borrow money from banks amid low interest rates to purchase apartments or invest in higher-yielding stocks. 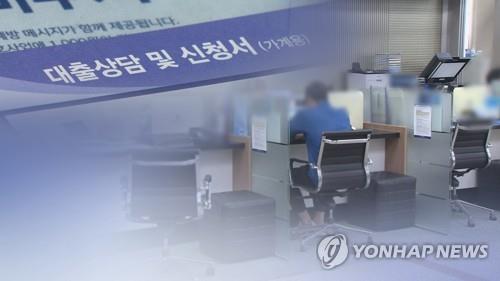 Ultra-low interest rates have sent retail investors taking out bank loans to invest in stocks, they added. Also responsible was the coronavirus outbreak that has forced those without jobs and furloughed people to borrow money from banks to make ends meet.

Meanwhile, home-backed loans extended by local banks increased by 4.2 trillion won in July from the previous month, according to the data.

The outbreak of COVID-19, whose first confirmed case was reported in South Korea in late January, has pounded the country's economy by crimping exports and consumer spending.
(END)