SEOUL, Sept. 2 (Yonhap) -- North Korean leader Kim Jong-un sent a message to Vietnam's president to congratulate him on the country's founding anniversary, hoping the ties between the two countries will advance "onto a high stage" based on a summit agreement last year, state media said Wednesday.

Kim extended warm congratulations to Nguyen Phu Trong on the occasion of the 75th state founding anniversary and lauded his people for "many achievements in the struggle for building a prosperous and civilized socialist state," according to the Korean Central News Agency.

He also expressed his confidence that their "long-standing relations of friendship and cooperation" would further develop "onto a new high stage in the spirit of the agreement made with the general secretary in March last year," the KCNA added.

The two leaders met in Hanoi in early March and agreed to enhance the relations between their countries "to a new level" through expanding exchanges in various areas. Kim was the first North Korean leader in 55 years to make a trip to Vietnam.

The meeting came on the heels of Kim's ill-fated second summit with U.S. President Donald Trump in Hanoi, which ended without a deal as they failed to find common ground over how to match Pyongyang's denuclearization steps with Washington's concessions. 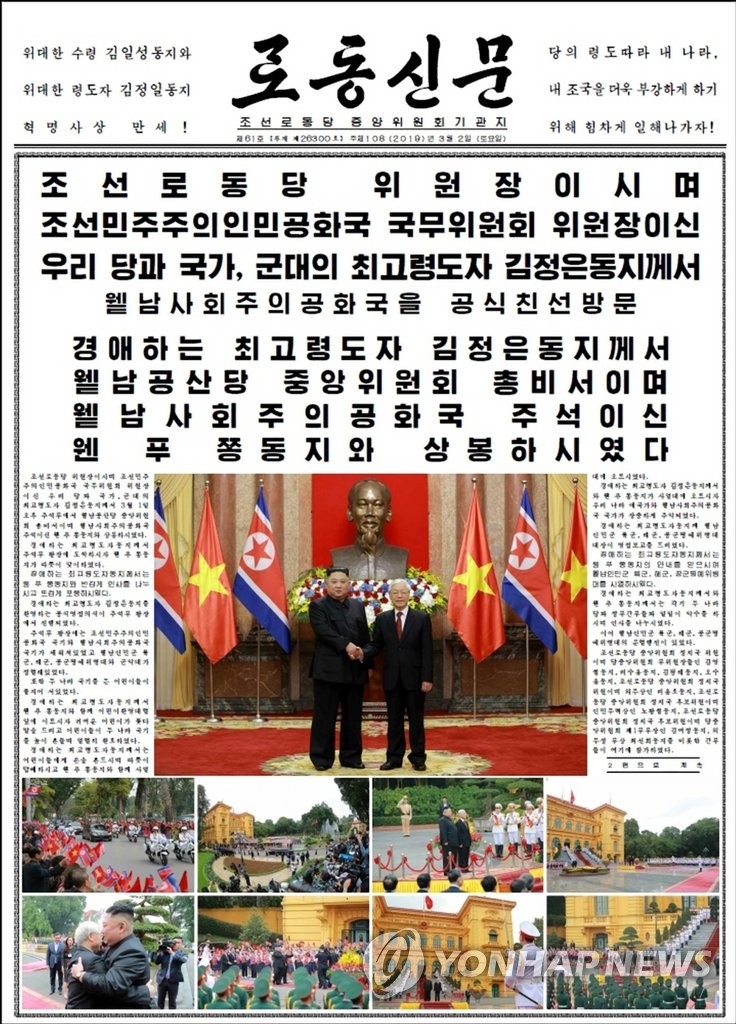