Lee Do-hoon and his U.S. counterpart, Deputy Secretary of State Stephen Biegun, who doubles as Washington's chief nuclear envoy, shared the view that an early resumption of dialogue with Pyongyang is "necessary" to make substantive progress in efforts to achieve complete denuclearization and lasting peace on the Korean Peninsula, the ministry said.

"The two sides had consultations about ways to forge the conditions and push for dialogue," the ministry said in a press release.

"The two countries agreed to more closely communicate and cooperate on North Korea's nuclear and other issues bilaterally and multilaterally by actively utilizing planned international diplomatic events," it added.

Nuclear negotiations between Washington and Pyongyang have been stalled since the two countries' summit in Hanoi in February last year ended without a deal. The deadlock has also thrust into doubt Seoul's drive for inter-Korean reconciliation and economic cooperation.

The deputy secretary congratulated Choi on his inauguration and voiced expectation that the two sides will cooperate closely for the continued development of the South Korea-U.S. alliance, the ministry said.

Choi, in turn, called for the two countries to continue communicating transparently so as to "stably" deal with their pending bilateral issues.

Choi, formerly presidential secretary for peace planning, took office on Aug. 18 as Seoul and Washington face a set of tough issues such as stalled defense cost-sharing negotiations and coordination on inter-Korean economic cooperation.

The latest talks came as the allies strive to maintain close diplomatic communication on North Korea issues and other bilateral issues despite the new coronavirus pandemic that has disrupted face-to-face diplomacy. 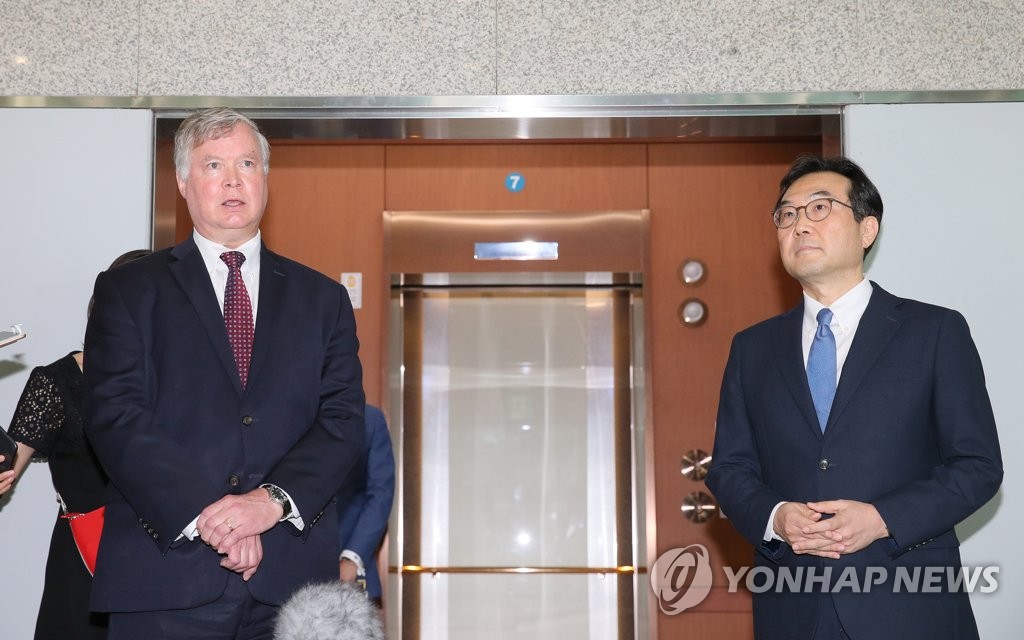