SEOUL, Sept. 2 (Yonhap) -- After wielding a scorching bat in August, NC Dinos' slugger Na Sung-bum has positioned himself as the leading candidate for South Korean baseball's top player of the month. 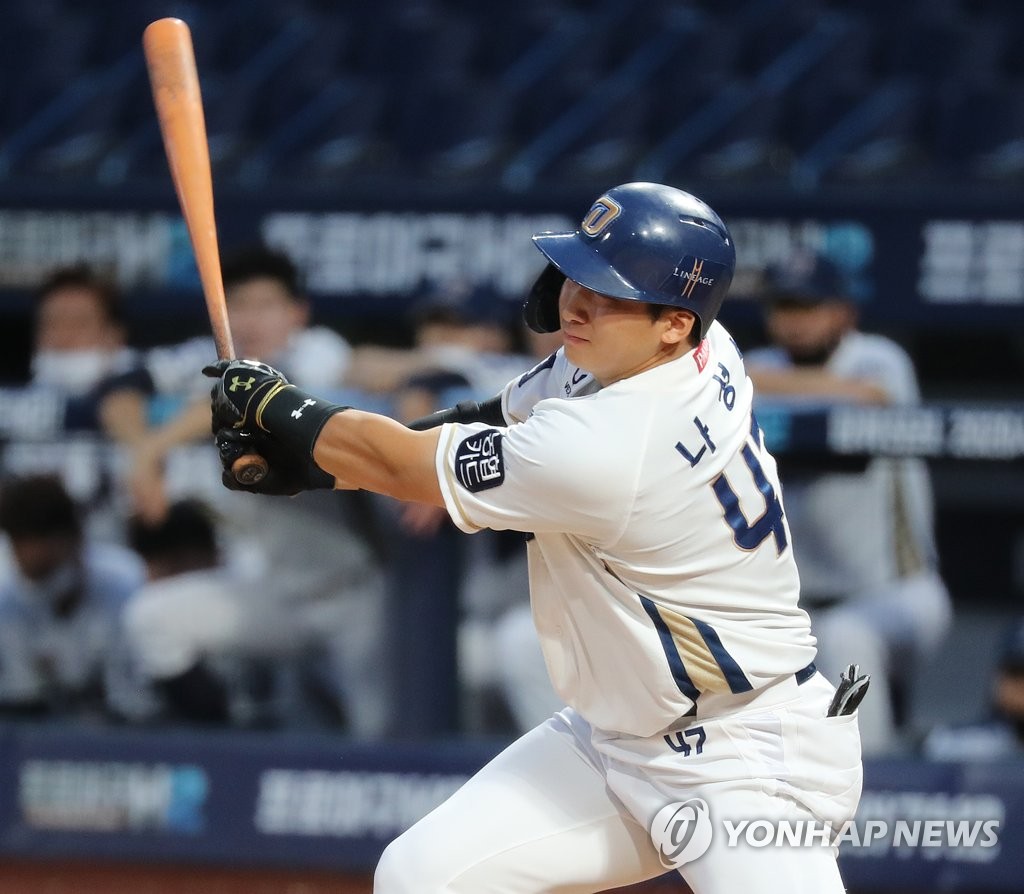 Na was named as one of five nominees for the Player of the Month for August in the Korea Baseball Organization (KBO) on Wednesday. The designated hitter/outfielder batted .371/.440/.742, with nine home runs, 29 RBIs and 27 runs scored in 23 games last month. He was tops in the KBO that month in runs, RBIs and slugging percentage, while ranking second in home runs, third in hits and fourth in batting average.

The Dinos rode Na's bat to stay in first place. 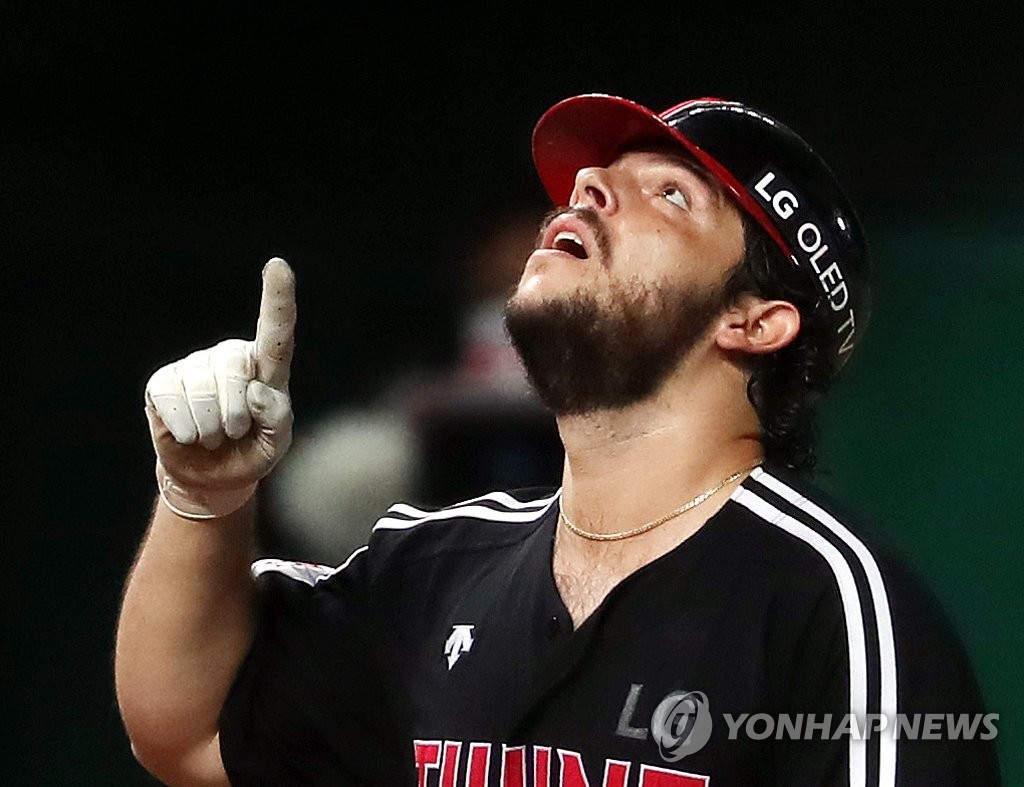 Na's teammate, Lee Myung-ki, was also nominated, after leading all players with a .414 batting average and a .475 on-base percentage in August.

LG Twins' slugger Robert Ramos had the most home runs in August with 10. He slugged .640 to rank second behind Na last month. The first-year Mexican star was the runner-up to the Dinos' pitcher Koo Chang-mo for the Player of the Month in May. 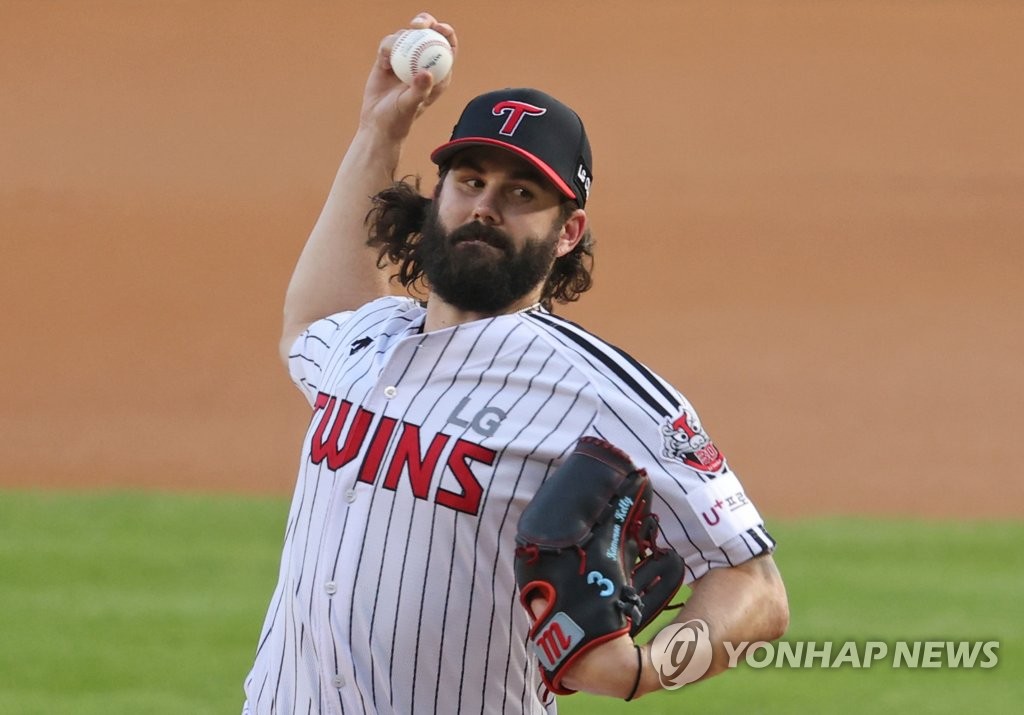 Ramos' teammate on the mound, right-hander Casey Kelly, is one of two pitchers to be nominated. The American ace was 4-1 with a 2.25 ERA, tying for first in wins and ranking second in ERA.

The monthly ERA leader is the other pitcher nominee. KT Wiz's rookie sensation So Hyeong-jun was a perfect 4-0 with a 1.57 ERA across 28 2/3 innings. 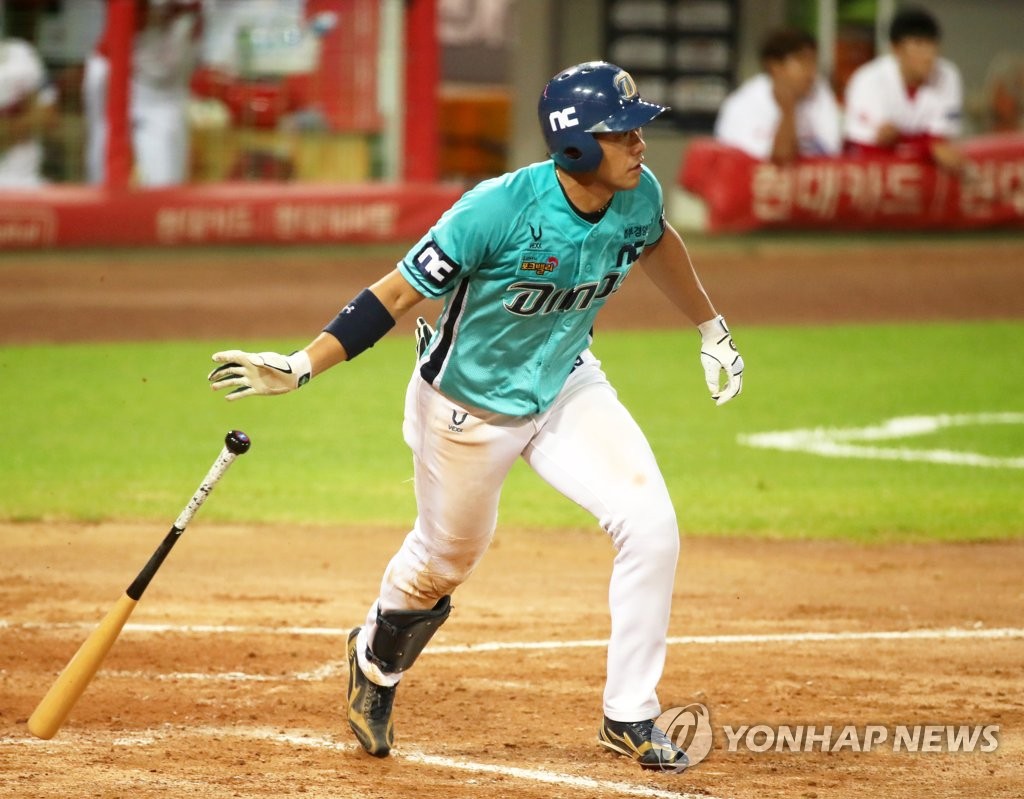 A combination of media votes and online fan votes will determine the winner, to be announced next Tuesday. The winner will receive 2 million won (US$1,685) in prize money and a gold bar worth 600,000 won, courtesy of the league's title sponsor, Shinhan Bank. 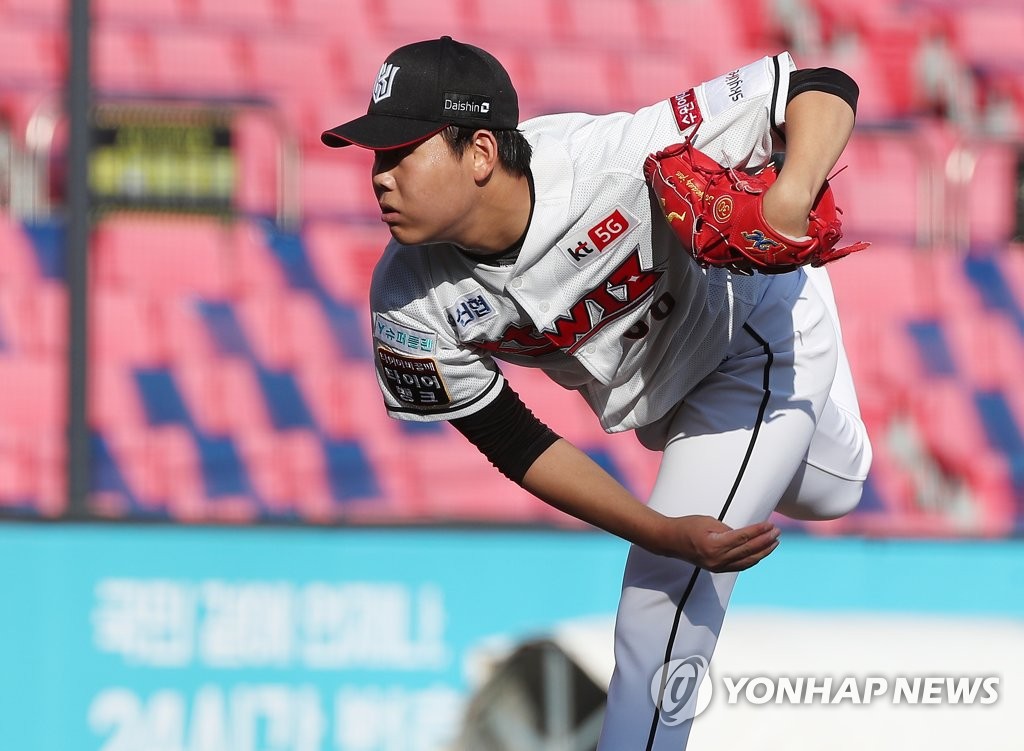 Slugger for 1st-place club among nominees for top KBO player for Aug.

Slugger for 1st-place club among nominees for top KBO player for Aug.