SEOUL, Sept. 2 (Yonhap) -- President Moon Jae-in called on South Korea's national diaster authorities Wednesday to take "special" measures to minimize possible damages from Typhoon Maysak, feared to be one of the most powerful typhoons to hit the nation in years.

The season's ninth typhoon is fast approaching the peninsula, forecast to reach southeastern coastal areas in the early hours of Thursday.

Moon issued an instruction for the authorities to "make special preparation" for possible damages, according to Cheong Wa Dae spokesman Kang Min-seok.

He instructed them to "preemptively control" public access to regions expected to come under direct influence of the typhoon.

"(They) should protect the safety of the people by evacuating residents to safe places, if necessary," Moon was quoted as saying.

Moon also asked people to stay in safe zones and not such places as coastal and riverside areas and valleys, Kang added during a press briefing. 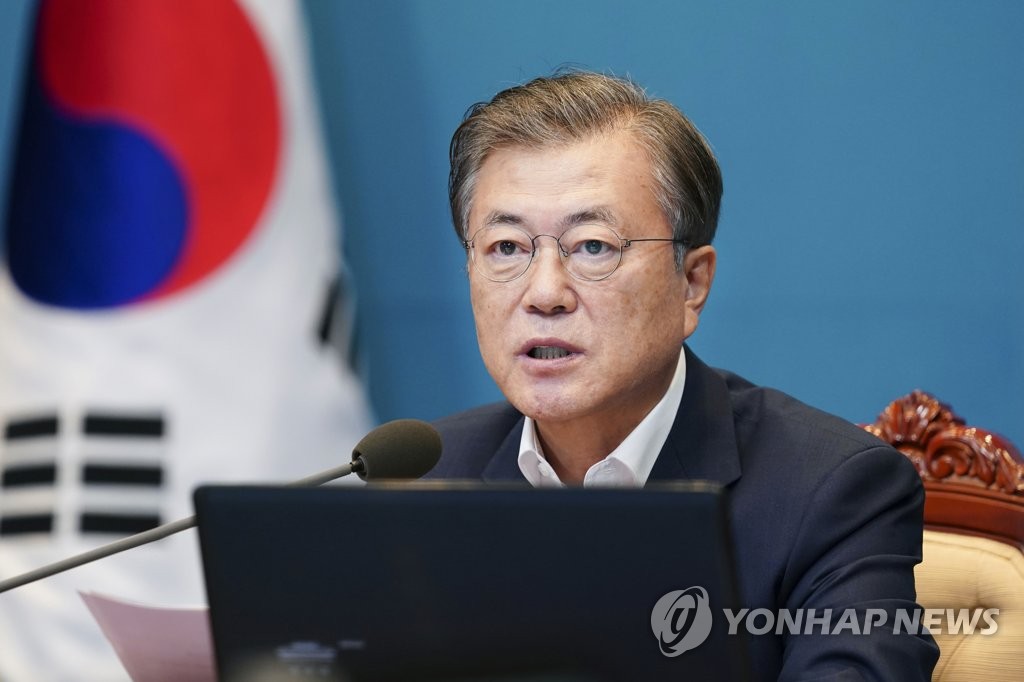