SEOUL, Sept. 3 (Yonhap) -- South Korea's foreign reserves rose for the fifth consecutive month in August due to a rise in the value of non-dollar assets and an increase in investment returns, central bank data showed Thursday.

The country's foreign reserves came to a record high of US$418.95 billion as of end-August, up $2.42 billion from a month earlier, according to the Bank of Korea (BOK).

The country's FX reserves have climbed every month since April. The foreign reserves dropped by the largest amount in over a decade in March, as the U.S. greenback gained ground amid the COVID-19 pandemic-caused market rout.

Foreign securities came to $382.79 billion as of end-August, up $3.41 billion from the previous month and accounting for 91.4 percent of the FX reserves.

As of the end of July, South Korea was the world's ninth-largest holder of foreign exchange reserves. 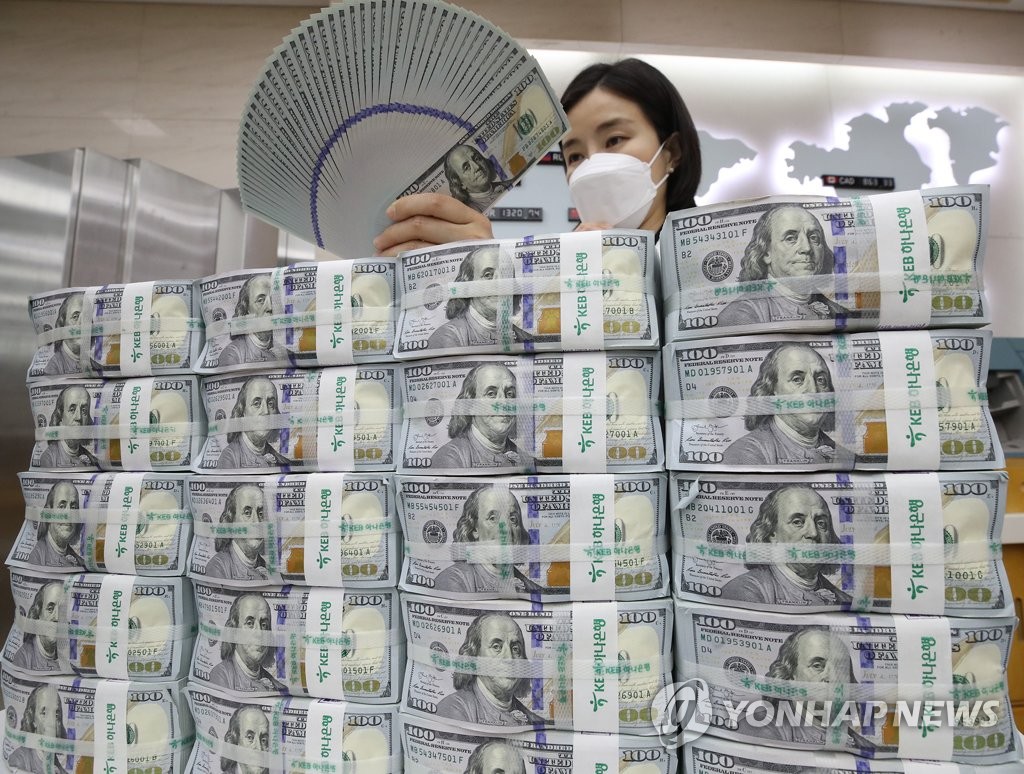