Lee made the remark during his meeting with Shin Hee-yong, the new chief of the Korean Red Cross, saying the South is ready to send North Korea video reunion equipment as soon as Pyongyang decides to hold reunions on the occasion of the Chuseok holiday set for late this month.

"Video reunions of separated families might be our only option in the age of 'untact' and when the coronavirus is spreading. I hope we can kick off video reunions over the Chuseok holiday, which can serves as a catalyst," Lee said, referring to the non-contact trend amid the coronavirus pandemic.

"We are making various preparations for the video reunion ... the equipment will be delivered any time once Pyongyang makes up its mind," he added after visiting a video reunion center set up at the Red Cross building.

Shin said allowing separated families to bury remains in their respective hometowns in the North may be another option. He also said he will actively cooperate with the unification and foreign ministries to create an opportunity for inter-Korean cooperation against infectious diseases.

In an interview with Yonhap News Agency last week, Shin said that reunions of separated families were his top priority in inter-Korean affairs.

The two Koreas held their last reunions of war-separated families in August 2018 at the Mount Kumgang resort on the North's east coast after inter-Korean Red Cross talks.

South Korea has sought to hold video reunions and secured relevant sanctions exemption on equipment to be sent to the North last year, but no progress has been made amid strained inter-Korean relations. 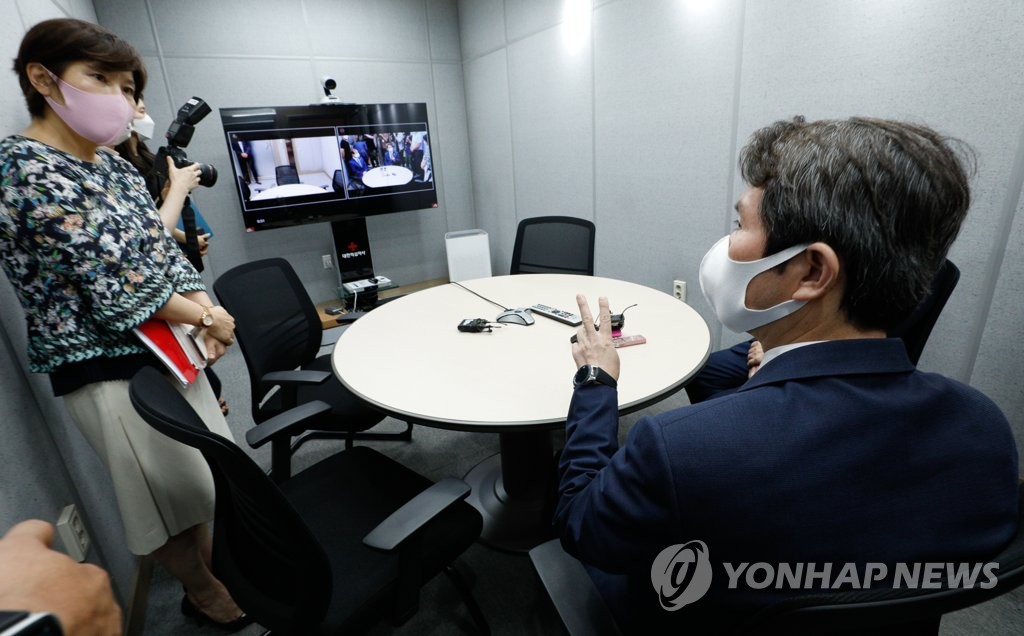 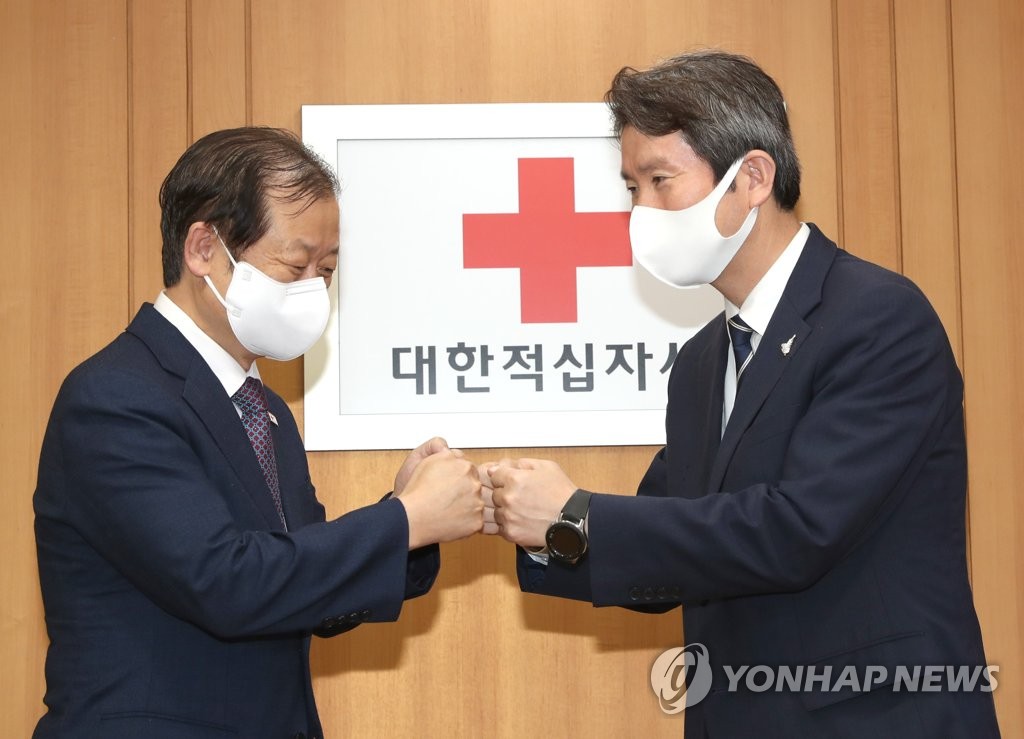