SEOUL, Sept. 2 (Yonhap) -- The number of teenagers and people in their 20s busted for drug-related crimes jumped between 2016 and 2019, a lawmaker said Wednesday, citing data from the National Police Agency.

A record number of 10,411 individuals were caught in illegal drug cases last year, while the tally was in the 8,000 level from 2016-2018, according to data released by Rep. Kim Yong-pan of the main opposition People Power Party.

"The internet makes it easy for people to conveniently purchase narcotics and get them delivered to their home," he said, adding that the related authorities should work together to cover "the blind spots" of crackdown operations.

Other age groups also saw an uptick in the tally of drug-related criminals, except for those in their 40s. 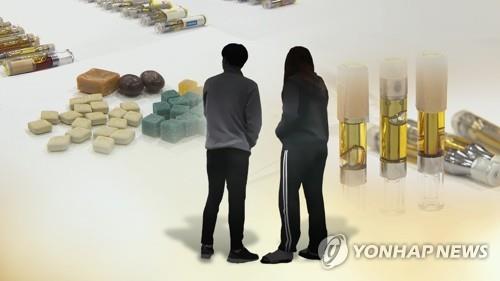