WASHINGTON, Sept. 2 (Yonhap) -- The United States renewed its call on North Korea to return to the negotiating table Wednesday, saying it cannot remain isolated and that there is a brighter future for the country and its people.

"This administration has gone far further than any other in taking strong actions to let North Korea know that they are going to have to negotiate," said David Stilwell, assistant secretary of state for East Asian and Pacific affairs.

"They can't just sit back and threaten and launch (missiles) and all things they have been doing," he told a press conference when asked about the nature of an industry advisory issued the previous day against dealing with North Korea. 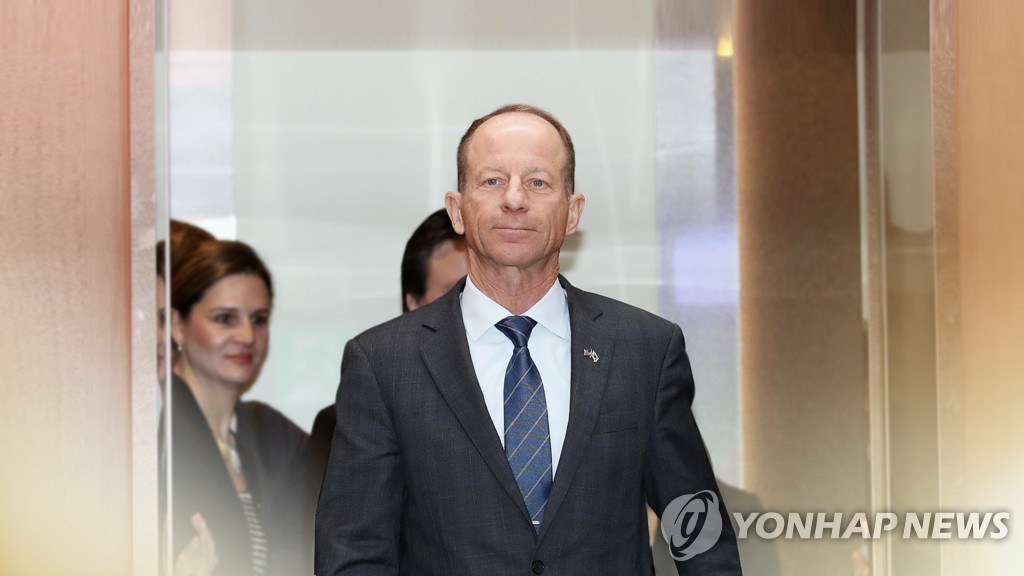 In the advisory, jointly issued by the state, treasury and commerce departments, the U.S. said the communist state continues to procure materials and equipment for its nuclear and weapons development programs through any "deceptive" means possible, and that those engaged in such transactions with the North must be aware of consequences.

U.S. President Donald Trump has held two bilateral summits with North Korean leader Kim Jong-un -- in June 2018 and February 2019 -- but their talks too have stalled since their latest summit ended without a deal.

"So this is another step in that direction. It is to demonstrate to North Korea that there is a brighter future for your people, but you are going to have to step up and negotiate and talk about these things rather than remain isolated," Stilwell said of the joint government advisory.

The U.S. is apparently increasing its pressure on North Korea.

The U.S. Treasury Department, together with the FBI and the U.S. Cyber Command, issued a warning against "cyber theft" by North Korean hackers targeting banks last Wednesday, which was followed by a complaint from the Justice Department to forfeit 280 cryptocurrency accounts suspected to be linked to hacks by North Korean actors the next day.

"As you know a lot of cyber actors are operating in other places, in a dispersed manner. Getting at this is going to be difficult," said Stilwell.

"But again, there's strong evidence that they do operate in that regard. And the goal I find is to get currencies, to get funding to continue with missile procurement and the rest. The quicker we can slow or stop that, the better off we will all be, safer we will be," he added.