The call came amid growing tensions between Washington and Beijing in nearly all aspects.

"We share an important goal, defending the sacred principles that benefit us all -- democracy, liberty, sovereignty, human rights, mutual respect, and the rule of law," the U.S. defense chief said in a ceremony commemorating the 75th anniversary of the end of the World War II. 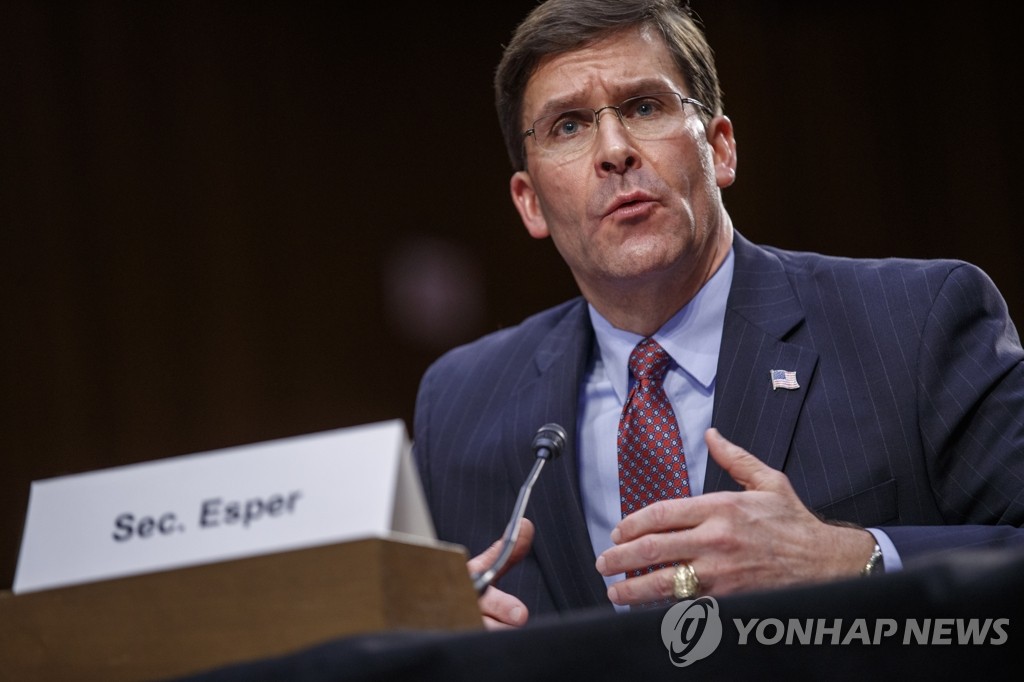 "To do so, we continue to forge new partnerships and strengthen our existing ones, from our alliances with Japan, South Korea, and Australia to our long collaboration with ASEAN countries, India, New Zealand, and the Pacific Island countries," he said at the ceremony on the deck of the now-retired battleship USS Missouri at Pearl Harbor, Hawaii, and broadcast live via the Internet.

His remark came one day after the top U.S. diplomat, Secretary of State Mike Pompeo, insisted South Korea and other U.S. allies will join the U.S. in tackling what he called aggression from the Chinese Communist Party in "virtually every domain."

"I think you are seeing the entire world begin to unite around the central understanding that the Chinese Communist Party simply is going to refuse to compete in a fair, reciprocal, transparent way," Pompeo said.

Esper did not spell out where these new challenges were coming from, but noted the challenges ranged from economic and trade issues to political and international obligations.

"We built relationships with like-minded nations based on reciprocal trade, not predatory economics, based on respect for the sovereignty of all countries, not a strategy of might makes right, based on a commitment to always honoring our international obligations, not just when they serve our interests, and most importantly, based on our enduring values and beliefs," said the defense secretary.

"The result was today's international rules based order that has provided security, prosperity and stability to billions of people around the world for over a half century," he added.

Esper said the U.S. will continue to expand and strengthen its alliances against such challenges.

"Growing, deepening and unifying this network must remain central to our collective strategy to ensure peace and prosperity for another 75 years and beyond. We welcome every nation, especially those that have benefited most from today's international system, to join us in this effort," he said.