It will mark the inaugural session, chaired by Moon, to discuss detailed strategies on implementing the policy drive, which the president says is designed for the "great transition" of South Korea into a leading nation.

Among those scheduled to attend the Cheong Wa Dae meeting are the chiefs of the country's 10 largest financial groups, including KB, Shinhan, Hana, Woori and NongHyup, as well as the heads of several policy lenders.

High on the agenda is how to create and operate the envisioned New Deal fund with the support of the private financial sector, a Cheong Wa Dae official said. 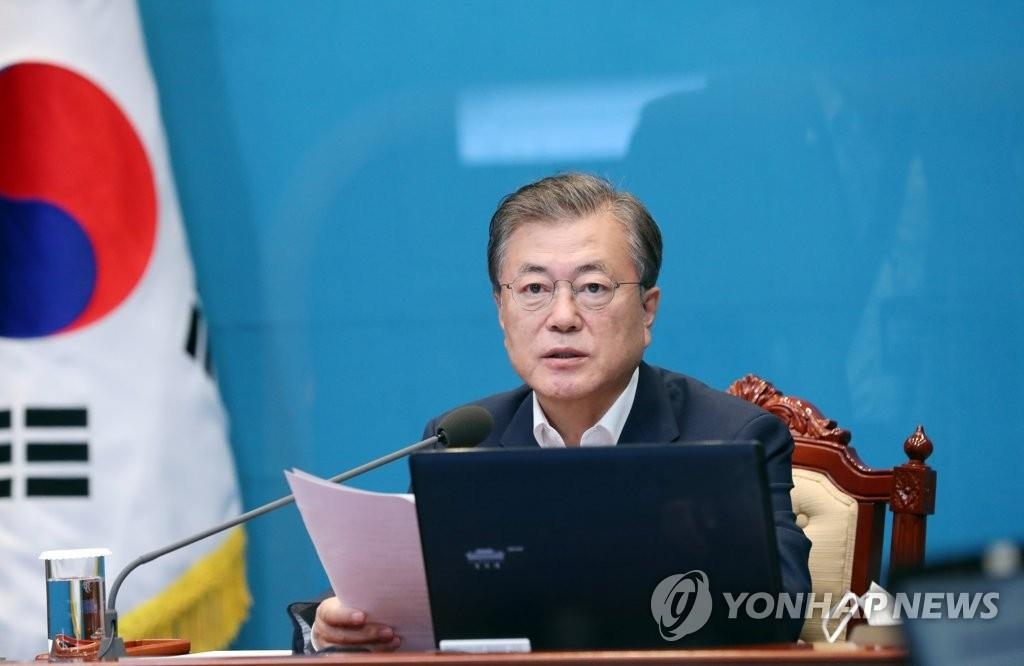 Lee Nak-yon, leader of the ruling Democratic Party, and its floor leader Kim Tae-nyeon will be present as well. It would set the stage for Moon's first meeting with Lee since he was elected as the party's chief last weekend.

The number of on-site attendees would be limited to around 30 in consideration of social distancing guidelines against COVID-19, with some other government officials and private financiers joining it remotely, according to the official.

The Korean version of the New Deal, also called the K-New Deal, is the Moon administration's fresh signature policy aimed at creating jobs, revitalizing the economy and preparing for the post-coronavirus era. Moon said it represents the government's efforts to turn South Korea's economy into a "pace-setting" and low-carbon one.

It plans to spend 160 trillion won (US$134 billion) by 2025 to create 1.9 million jobs under the government-private sector team project.

Digital and green are two keywords in the initiative, with AI government, SOC digitalization, green energy and smart green industrial complex also among the major projects.

Moon to talk with heads of financial groups about New Deal

Moon to talk with heads of financial groups about New Deal