SEOUL, Sept. 3 (Yonhap) -- President Moon Jae-in said Thursday the Korean-version New Deal project would open a new future of the nation's economy on the basis of the envisioned New Deal fund and finances.

He pledged "bold" regulatory reform to facilitate the implementation of the initiative, as he sought support from local financial firms for funding.

"Over the coming five years, 100 trillion won (US$84.3 billion) will be invested from policy financing in the Korean version of the New Deal and from companies, and 70 trillion won from private financing," he said during a Cheong Wa Dae meeting with the leaders of the country's major financial groups. 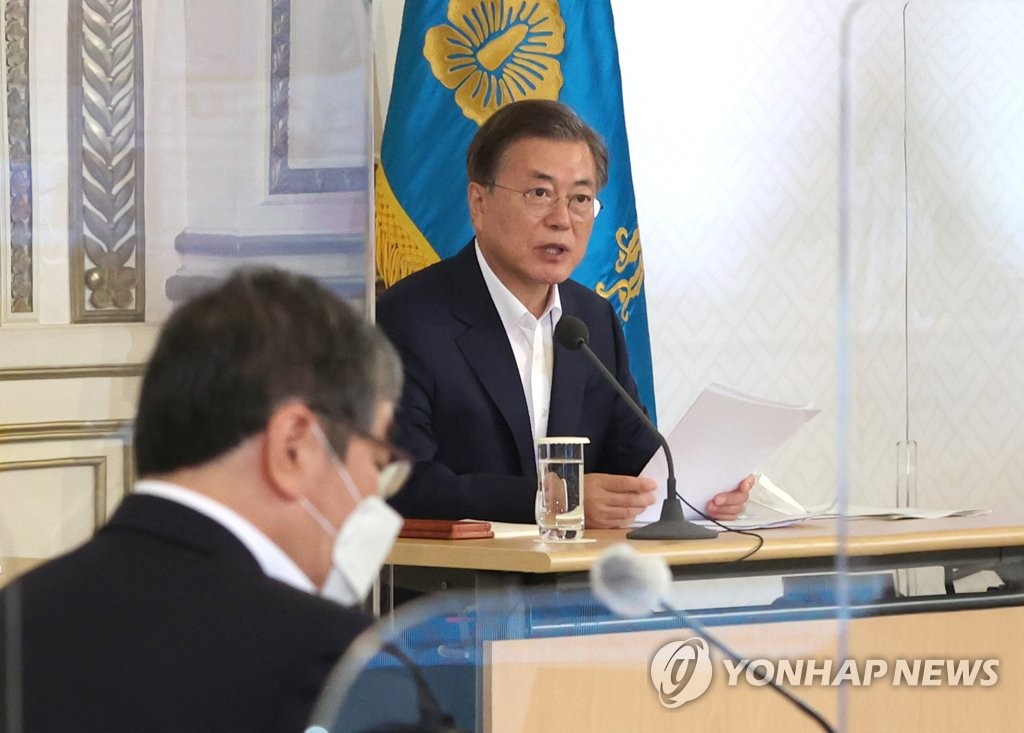 It marked the inaugural session, chaired by Moon, to discuss detailed strategies on the so-called K-New Deal plan.

The government is poised to create a 20 trillion-won "New Deal fund" for ordinary people to invest in relevant infrastructure projects, he announced.

It would enable them to join the government's drive in person for "more stable profits" with shared loss risks and tax benefits, he added.

Separately, the authorities will soon develop and launch a "New Deal index" for a derivative.

He described budget spending, policy financing and private financing as three pillars for the success of the New Deal aimed at creating jobs, revitalizing the economy and preparing for the post-coronavirus era.

It would constitute the "biggest-scale investment" in a single project in the nation's history, according to Moon. 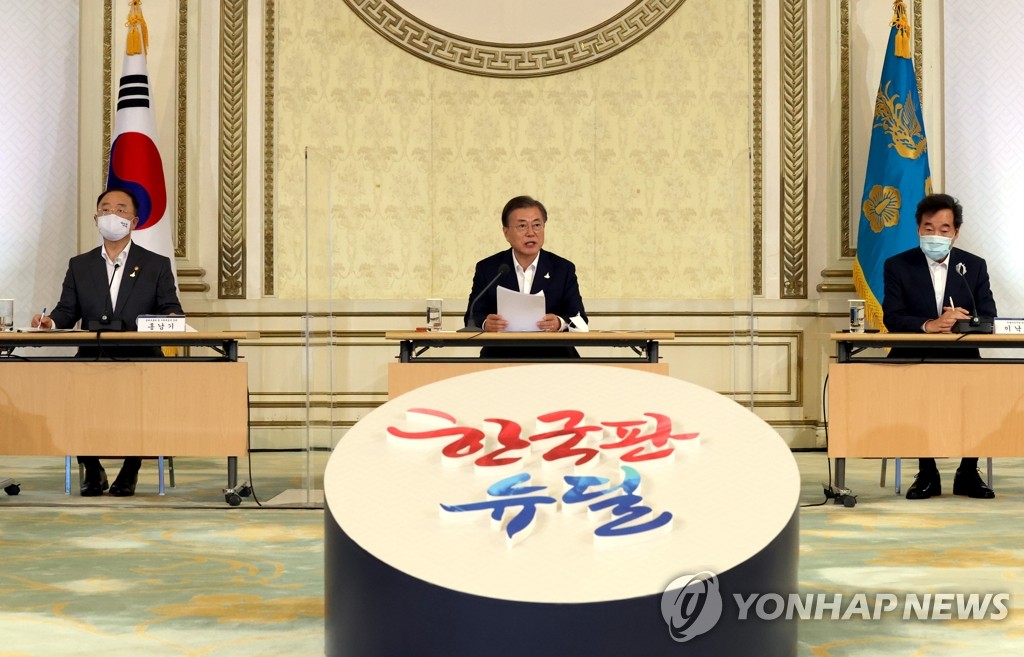 The president emphasized the role of the financial sector for the ambitious program. 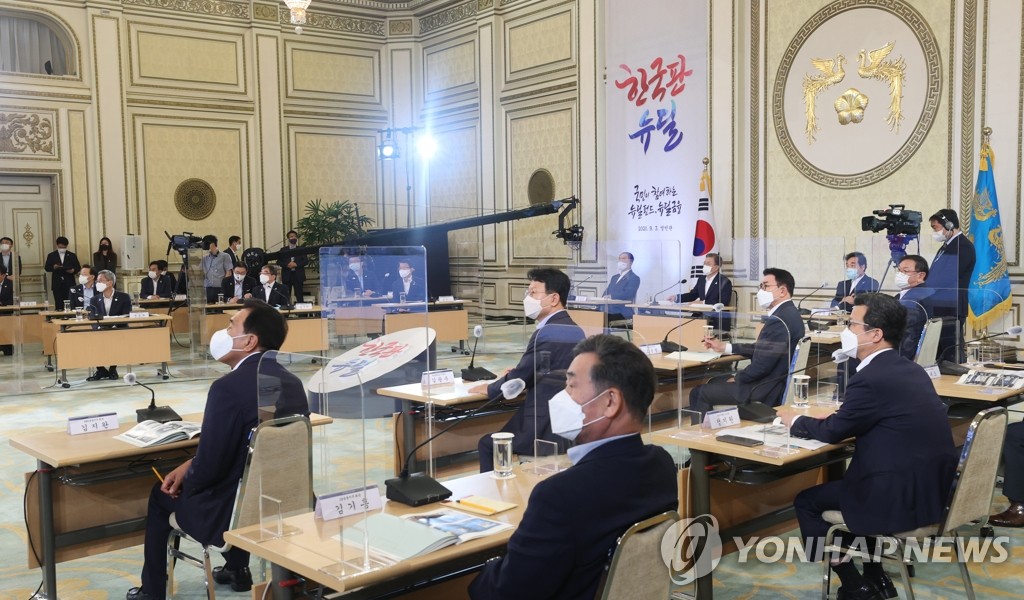 Wrapping up the 98-minute session, Moon extended his gratitude to the financial community for interest in the New Deal fund and financing, Cheong Wa Dae spokesman Kang Min-seok said in a press briefing.

"Now that, the (ruling) party has also expressed its willingness for active support, (I) have more confidence that the Korean-version New Deal project will be successful," Moon was quoted as saying.

The project, he added, offers a chance for the country's financial industry to be upgraded. He also asked financial institutions to help the New Deal fund emerge as an "attractive investment alternative" to the real estate market for floating capital.

Moon earlier said the New Deal represents the government's efforts to turn South Korea's economy into a "pace-setting" and low-carbon one.

"Digital" and "green" are two keywords in the campaign, with AI government, SOC digitalization, green energy, and a smart green industrial complex also among the major projects.

Meanwhile, the number of on-site attendees was limited to around 30 in consideration of social distancing guidelines against COVID-19, with some other government officials and private financiers joining it remotely.