Exports of agricultural goods, which include processed foodstuffs, reached US$4.8 billion in the January-August period, according to the data compiled by the Ministry of Agriculture, Food and Rural Affairs.

Shipments of processed foodstuffs increased 6.2 percent over the period to reach $3.98 billion, while those of fresh goods edged down 0.8 percent to $861 million, the data showed.

South Korea's outbound shipments of kimchi, shot up 40.3 percent on-year in the January-August period to reach $98 million, apparently as the demand for nutritious products gained ground around the globe amid the virus pandemic.

Kimchi is a traditional Korean side dish normally made of fermented cabbage, salt and hot peppers, and it is eaten with almost all meals. 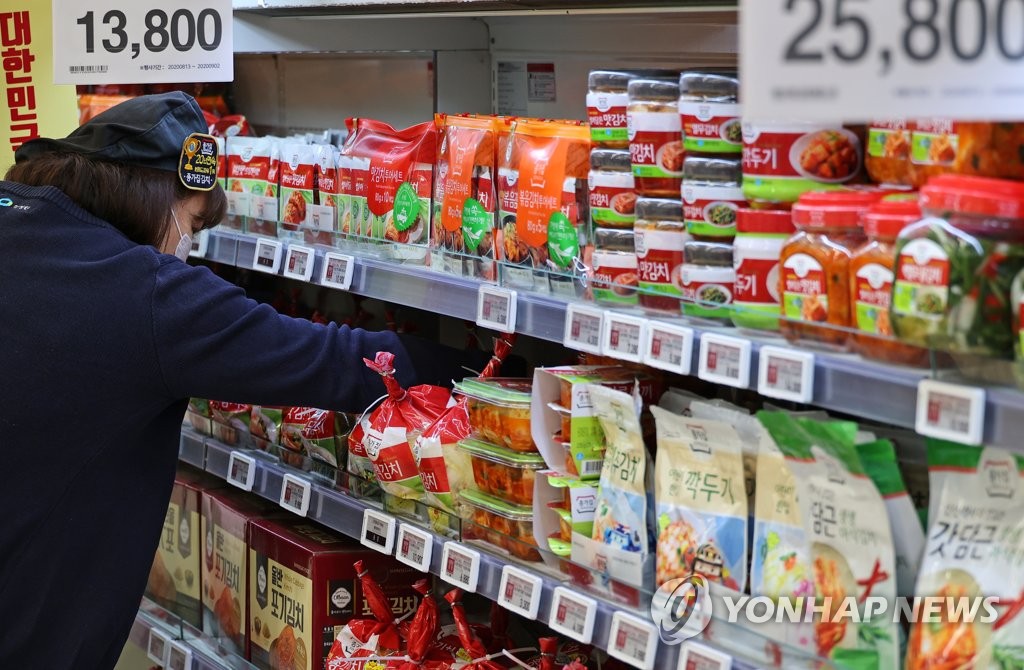 Exports of kimchi to the United States jumped a whopping 70 percent, while those to Japan increased 30 percent over the period.

Outbound sales of instant noodles also increased, as more people dined at home due to lockdowns and social distancing measures. Exports of the products jumped 36.7 percent to reach $405 million.

Exports of processed rice products moved up 21.7 percent to reach $85 million, helped by the sharp increase in demand from the U.S. and China.

South Korea said it will focus on promoting the exports of fresh products such as grapes, pears, and strawberries in the second half in line with their harvest season.

The country's overall exports, meanwhile, extended their slump to a sixth month in August, as the resurgence of the new coronavirus around the globe continued to strain business activities.

S. Korea's exports of agricultural goods up 5 pct through Aug.

S. Korea's exports of agricultural goods up 5 pct through Aug.