North Korea was hit hard by last week's Typhoon Bavi as the country was reeling from flooding caused by recent heavy downpours. The North is now on high alert against Typhoon Maysak moving along its east coast amid worries that it could be the most powerful in years.

Premier Kim Tok-hun "made a field survey of the recovery from flood damage in Kimhwa and Phyonggang counties of Kangwon Province," according to the Korean Central News Agency.

He stressed the need to "accelerate the rehabilitation projects" so as to mark the 75th founding anniversary of its ruling Workers' Party on Oct. 10 "with proud success of completing the campaign for recovering from flood damage," the KCNA added.

It did not disclose when he visited those areas but such a report usually is made a day after it happened. The trip came as North Korea put itself on high alert against Typhoon Maysak, the ninth tropical storm of the season, which put the country's eastern region under its influence.

State media earlier said that some areas in its eastern area would receive up to 400 millimeters of rain.

During the trips to the flood-afflicted province, the premier also instructed officials to give "precedence to the river improvement projects and sewerages repair for minimizing the damage by Typhoon No. 9," the KCNA said. 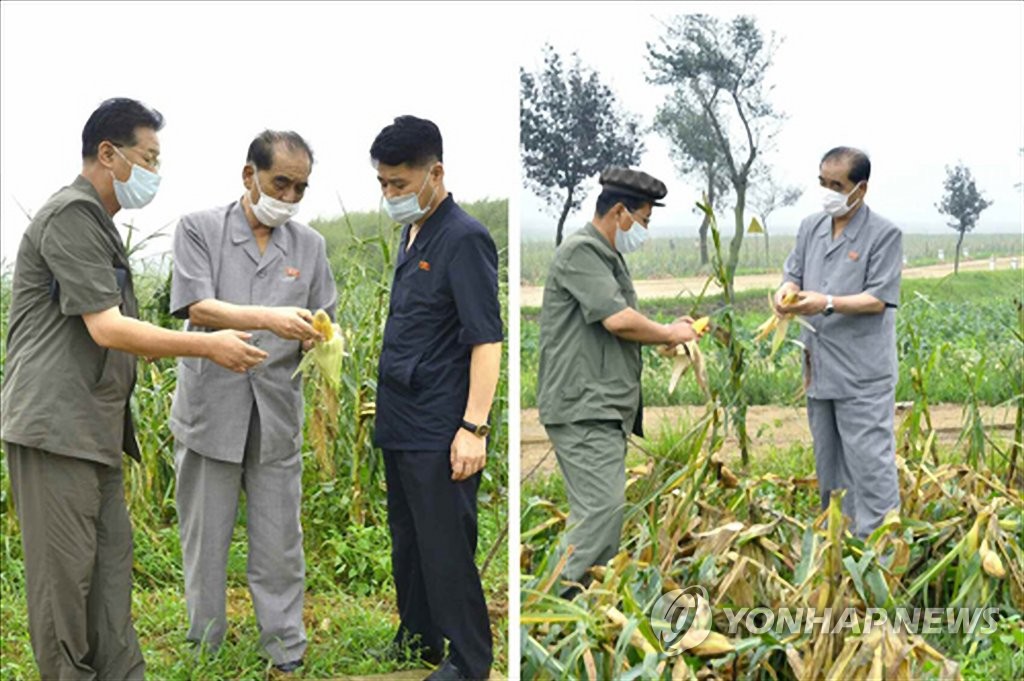