SEOUL, Sept. 3 (Yonhap) -- Another typhoon was forecast to approach South Korea later this week after Typhoon Maysak stormed through the country, killing one and disrupting flights and traffic.

Typhoon Haishen, the season's tenth typhoon, was expected to rip through the Korean peninsula, causing more of an impact than Maysak, which dissolved after moving into the East Sea.

Haishen was traveling at a speed of 16 kph over seas 1,000 kilometers northwest of Guam, according to the Korea Meteorological Administration (KMA). Its maximum wind speed was 35 meters per second.

Haishen was forecast to land on the country's southern coast early Monday before passing through Daegu and Chuncheon and moving upward to North Korea. The KMA projected the typhoon's path to approach areas just 80 km away from Seoul at 3 p.m. on Monday. 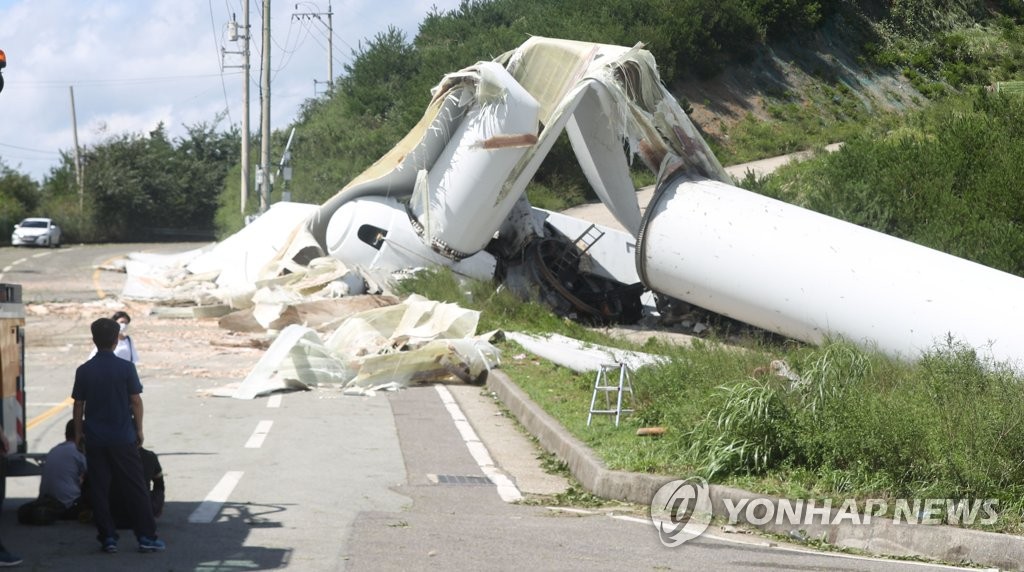 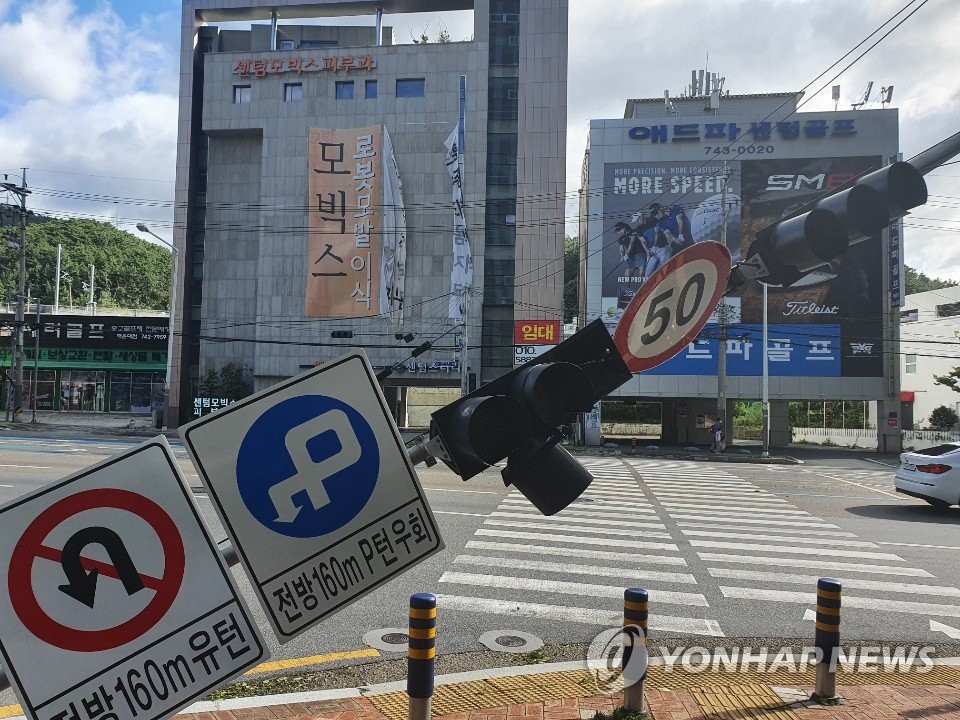 Maysak, which has weakened to an extratropical cyclone, hit the country with strong winds and heavy rains, killing one and forcing 26 people to evacuate from their destroyed homes in Gangwon, Jeju, South Gyeongsang Province and Busan.

More than 2,400 also temporarily evacuated from their homes in a precautionary measure against the typhoon, according to the Central Disaster and Safety Countermeasure Headquarters. 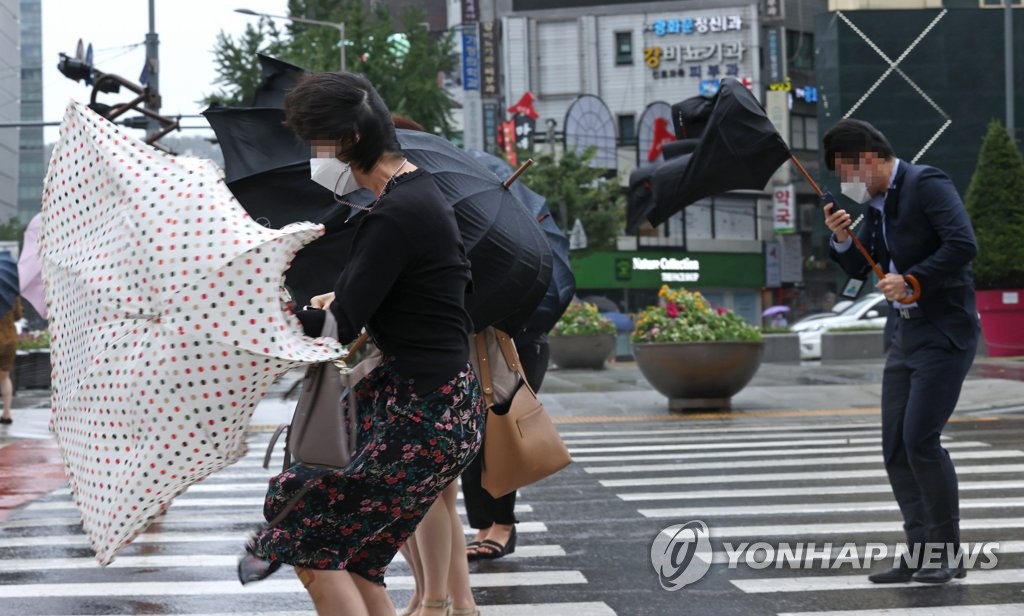 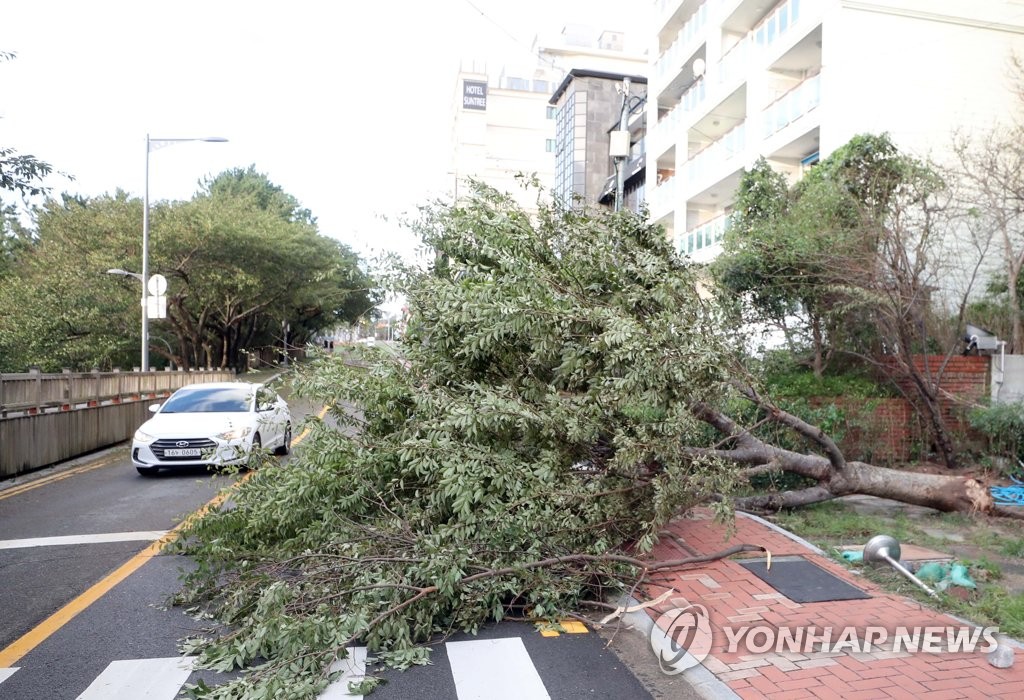 A combination of more than 800 facilities, vehicles, trees and other types of property were destroyed, with toppled trees and other fallen objects blocking roads due to strong gusts.

Maysak's maximum wind speed, which refers to the average wind speed over a 10-minute period, came in at 45 meters per second, the fourth strongest since the KMA started logging the data.

Power disruptions were also reported at some 295,000 households, mostly in the country's southern and eastern coastal regions.

Ninety-two domestic flights were suspended as of 9 a.m., when an advisory on strong winds and the typhoon was still in place at airports, including those in Gimpo, Incheon and Jeju.

Nearly 100 roads were restricted as soil piled up, while 32 trains operating on six routes were suspended. Trekking routes at 22 national parks were also closed. 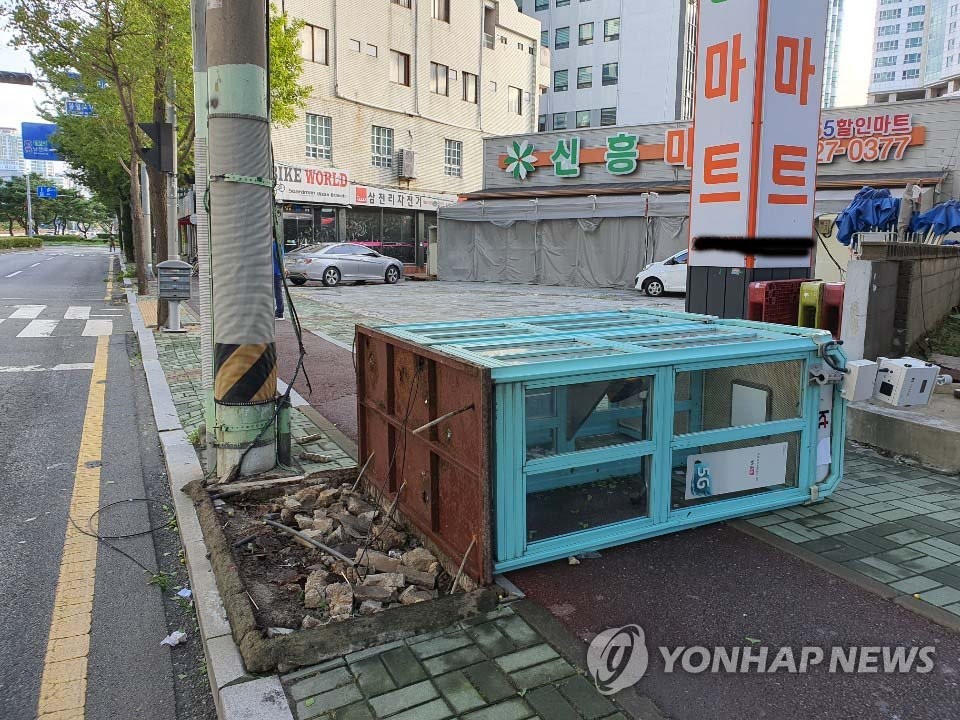 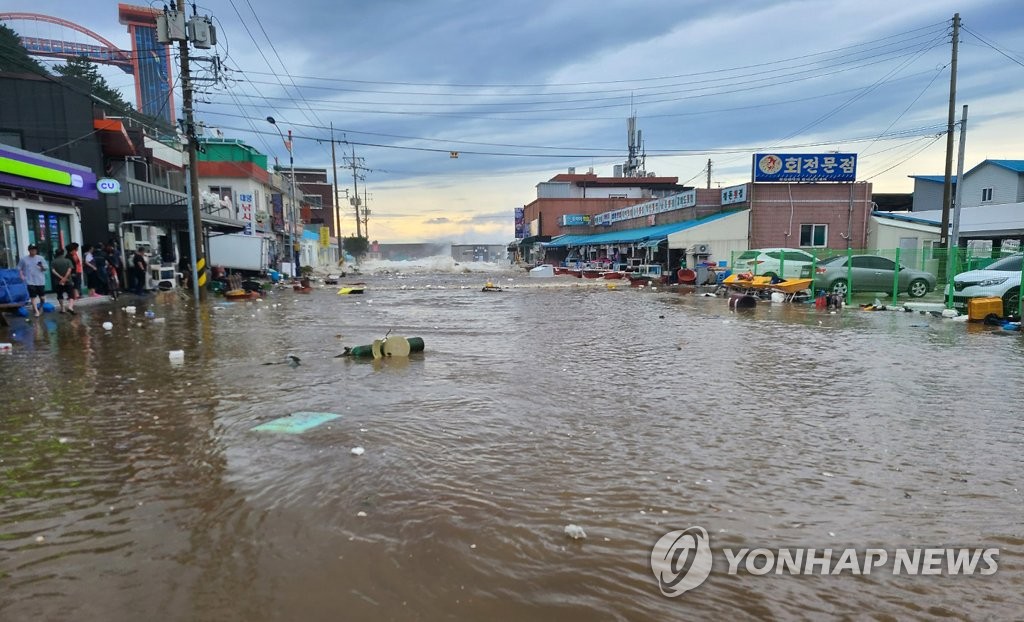