SEOUL, Sept. 3 (Yonhap) -- A cell of infections has appeared again at an apartment complex in Seoul, after a first such case popped up in another part of the city last month.

The second and latest cluster was reported in a 2000-unit apartment complex in the southern ward of Gangnam.

Since a security guard tested positive on Friday as the cell's first case, five more have contracted the virus, according to the Seoul city government on Wednesday.

The six cases -- two security guards, three residents and one person who visited the apartment complex -- were confirmed in three different buildings. 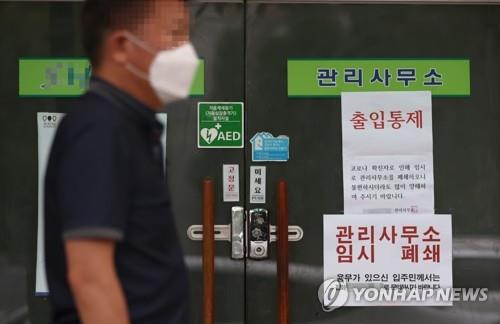 Virus tests have been conducted for nearly 1,000 people at a makeshift testing center set up at the complex.

"We are contact tracing and conducting a study on transmission routes in apartment buildings, community centers and a nearby day care center," Park Yoo-mi, a health official of the city, said Wednesday.

Last month, a bigger apartment cluster broke out in the southwestern ward of Guro in the city's first such case.

Since the first case was identified on Aug. 23, 10 more have been infected.

As all the infected lived in the same building with corridor access, health officials have been checking if the virus spread through ventilators, the drainage system or elevators.

During a daily coronavirus briefing, however, Kwon Jun-wook, deputy director of the Korea Centers for Disease Control and Prevention (KCDC), said he did not believe the virus spread through ventilators "given various factors including the fact that a resident on a higher floor was infected earlier," noting that the normal flow of air moves upward. 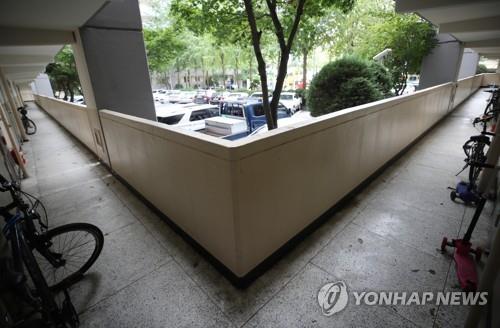 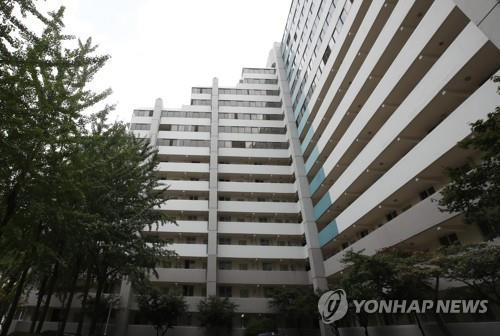