The Korean Central Television Broadcasting Station has been running breaking news in real time and updates on the ninth tropical storm of the season, nearly every hour since 6 p.m. Wednesday.

"Typhoon No. 9 as of 7 a.m. has reached the sea about 40 kilometers east from Gangneung, Kangwon Province in South Korea. The entire region of Kangwon Province in our country and parts of North Hamgyong Province has come under the influence of the typhoon," the station reported.

"Typhoon No. 9 is characterized by heavy rainfall more than strong winds," it added.

Among the affected regions by heavy rainfall was the country's eastern coastal town of Wonsan, which received up to 132 millimeters of rain in just three hours.

It is also broadcasting updates on the typhoon through reporters covering the scene live in areas most affected, including Goseong and Wonsan in Kangwon Province and Sinpo and Hamheung in Hamgyong Province. 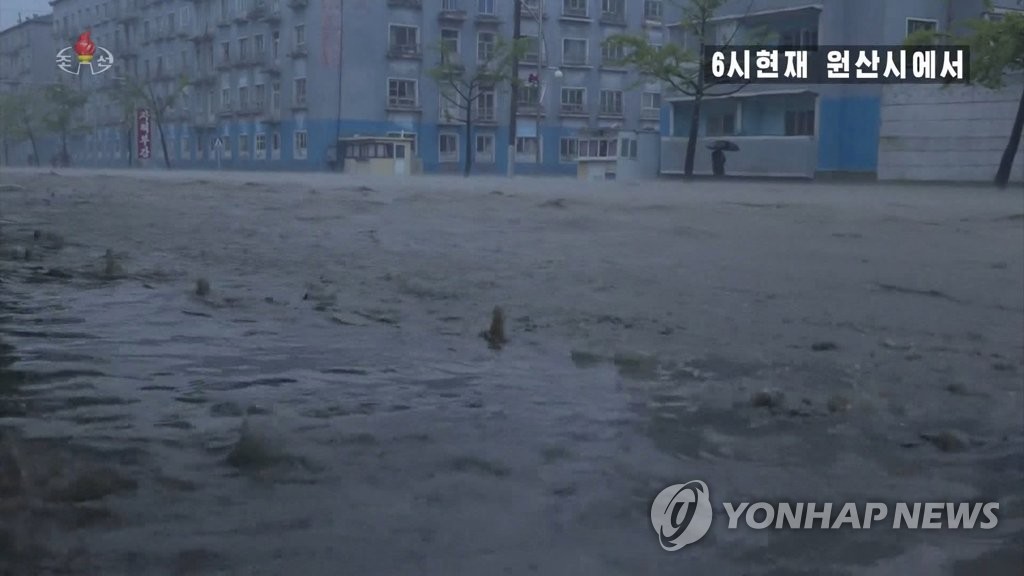 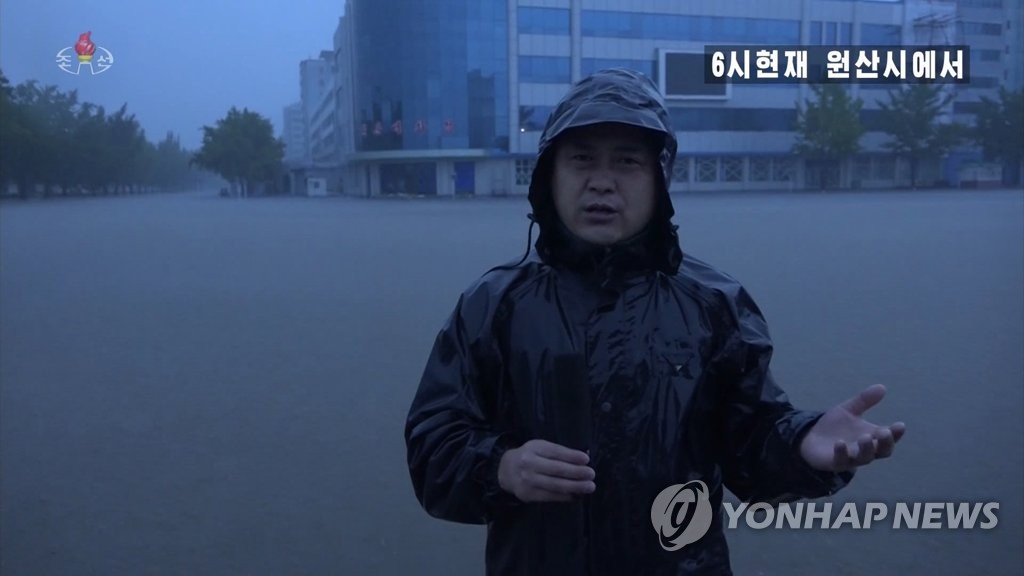