LG Uplus Corp., the country's No. 3 mobile carrier, said it has partnered with robotics firm FutureRobot Co. and facial recognition service developer Neton to develop a 5G-powered robot to be used for preventative measures against the virus.

The three companies target deploying the autonomous robot in buildings to check whether passersby are properly wearing masks and detect their body temperatures, according to a statement from LG Uplus.

The robot employs facial recognition technology that can scan multiple faces simultaneously and automatically sends an alert when it detects a body temperature higher than 37.5 C. 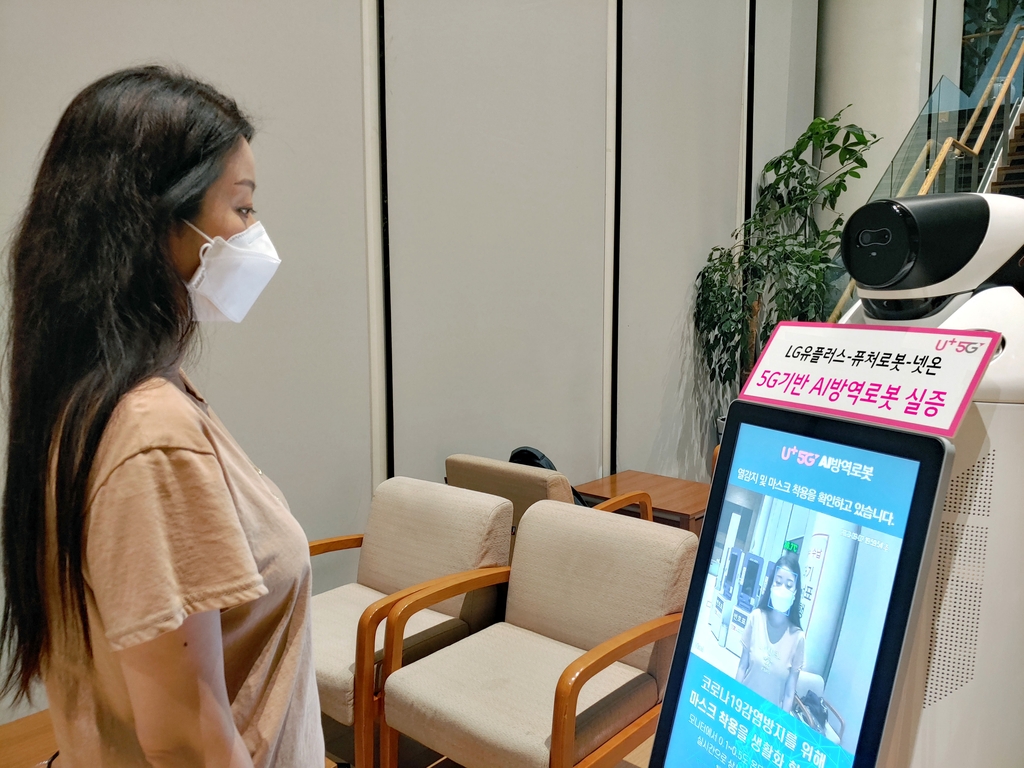 LG Uplus said the robot is able to provide a live video feed to its operators and can be remotely controlled through a high-speed 5G network.

The robot will undergo testing from this month at H Plus Yangji Hospital in the southern ward of Gwanak in the capital before a wider rollout.

The robot is able to roam around the restaurant and serve patrons with dishes autonomously through its 3D spatial mapping technology, and it will be updated based on its performance at the restaurant, according to a statement from KT.

The telecom operator said it expects the service to become popular, considering the non-contact trend driven by the pandemic. 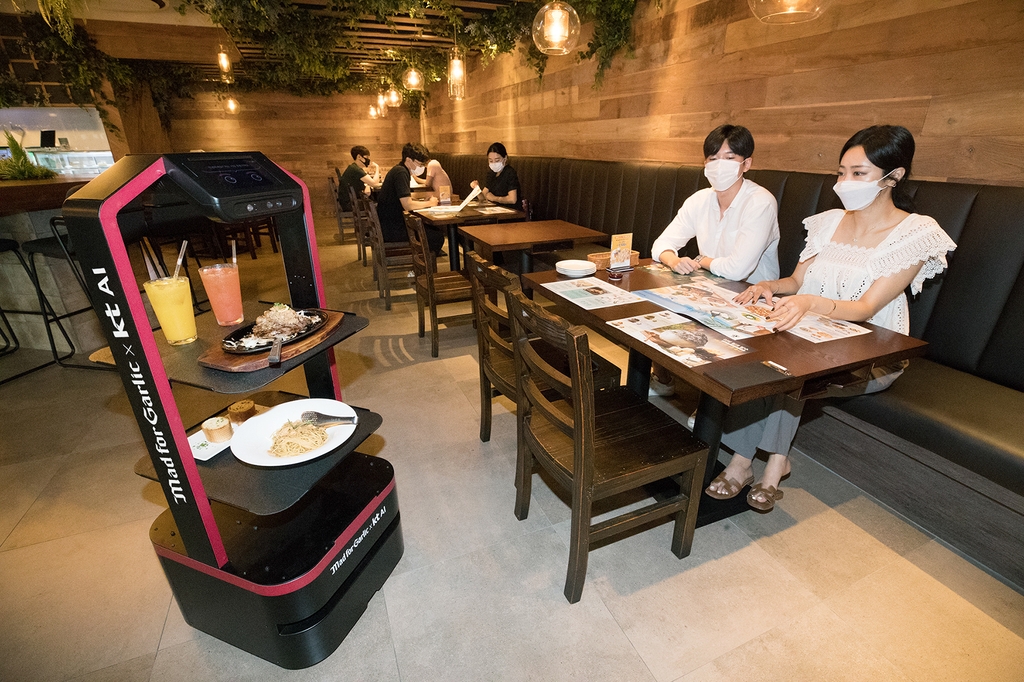