SEOUL, Sept. 3 (Yonhap) -- South Korea's health authorities said Thursday they will decide whether to extend a stricter social distancing scheme currently under way in the greater Seoul area this weekend amid a letup in new virus cases.

The country began Sunday to restrict operations of restaurants, bakeries and franchise coffee chains, and suspend indoor sports facilities and cram schools in the wider capital region to contain the fast spread of COVID-19.

The move, set to last until this Sunday, is considered Level 2.5 distancing as it is more stringent than the current Level 2 guidelines imposed across the nation under a three-tier social distancing scheme. 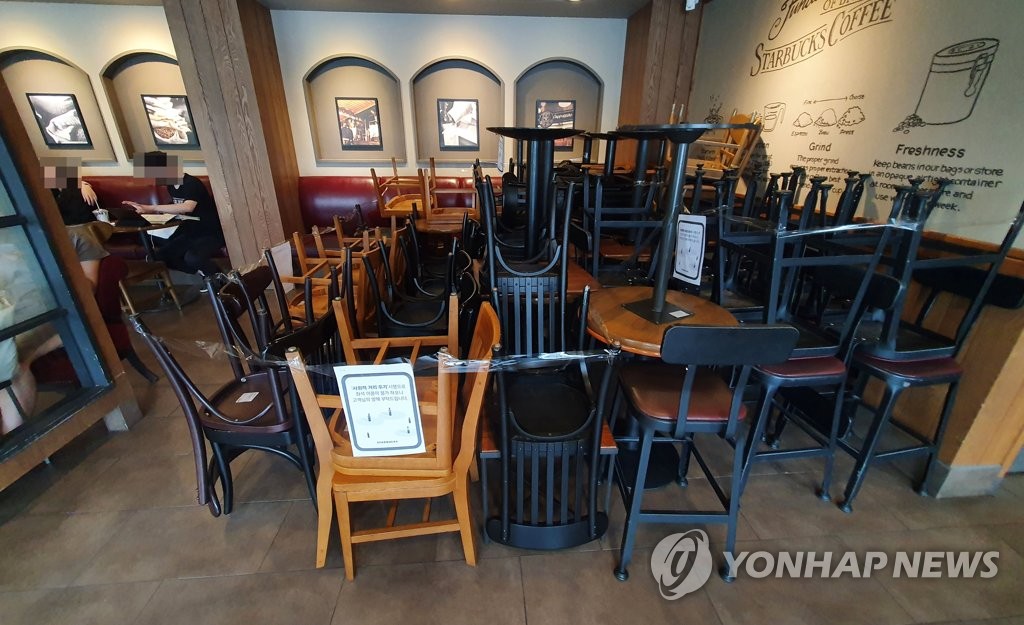 "The government has launched related discussions while monitoring a rise in coronavirus patients and the outbreaks of cluster infections," Son Young-rae, a senior health official, said in a briefing.

"We will be able to announce whether to extend the virus curbs to around the weekend," he added.

Under the Level 2.5 distancing, restaurants and bakeries can operate until 9 p.m., and only takeaway and delivery are permitted from 9 p.m. to 5 a.m.

For franchise coffee chains, only takeout or delivery is permitted regardless of operating hours, as cluster infections traced to coffee shops have been reported.

The country also suspended the operation of indoor sports facilities, including fitness centers and billiard halls, as well as cram schools having more than 10 people.

The move is part of the government's efforts to curb another wave of the virus outbreak as virus cases spiked in Seoul and the surrounding areas, home to half of the country's 51 million population.

The number of additional virus infections has been in the triple digits since Aug. 14, with accumulated virus cases reaching over 5,800 in the past 21 days.

But the country's daily virus cases fell to below 200 for the first time in more than two weeks Thursday, probably on the back of the tighter social distancing.

Health authorities raised the antivirus curb to Level 2 in the wider Seoul area for two weeks on Aug. 16 and expanded it across the nation a week later. 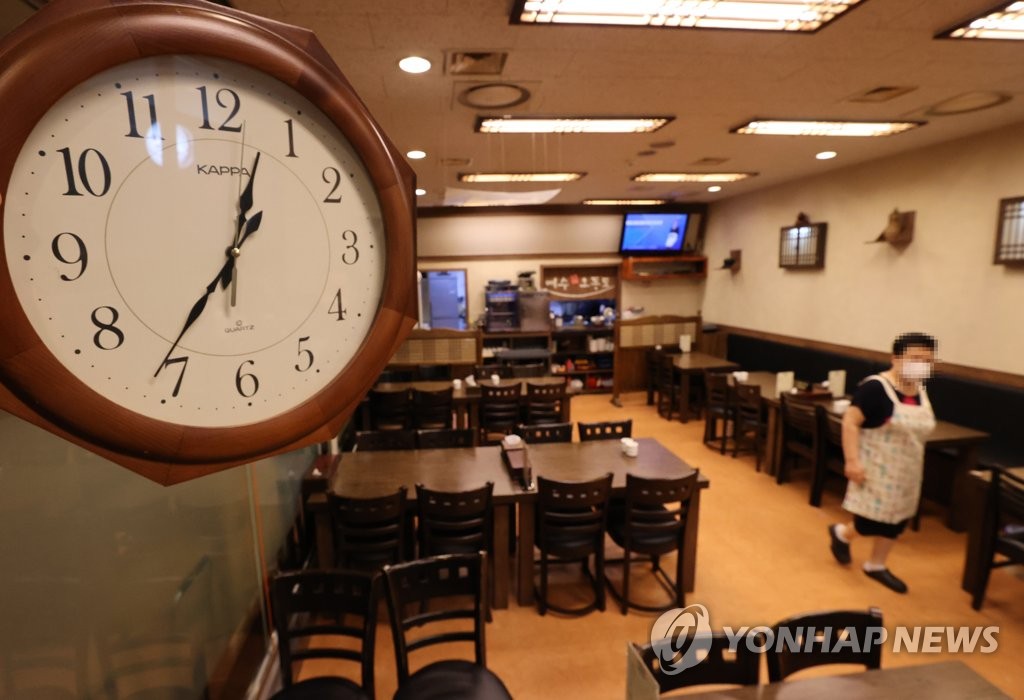 S. Korea to decide whether to extend stricter antivirus curbs this weekend

S. Korea to decide whether to extend stricter antivirus curbs this weekend