But HDC appears to have decided not to acquire the debt-ridden carrier, though the KDB proposed some financial support in return for completing the deal. 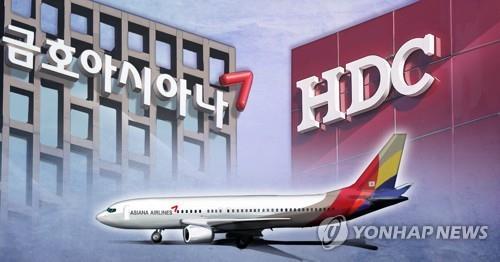 In an email sent to the creditors Wednesday, HDC reportedly once again demanded another round of due diligence on Asiana Airlines for 12 weeks, which was already rejected by the KDB.

HDC's request for further due diligence on the carrier is widely seen as a step to scrap the deal amid the growing impact of the COVID-19 pandemic on the airline industry.

HDC and Asiana's creditor banks -- the KDB and the Export-Import Bank of Korea (Eximbank) -- declined to comment on the deal.

If the deal falls through, Asiana Airlines will be placed under the control of the creditors, and the government may consider extending a financial helping hand to the debt-ridden carrier, industry insiders said.

Despite HDC's repeated reaffirmation of its takeover plan, the deal has been widely expected to follow in the footsteps of a recent deal collapse between two low-cost carriers due to the impact of the virus. 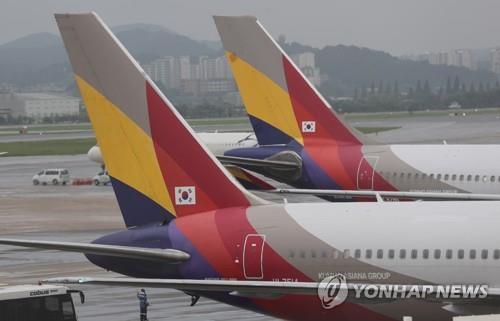 In December, the HDC-led consortium signed the deal to acquire a 30.77 percent stake in Asiana Airlines from Kumho Industrial, a construction unit of Kumho Asiana Group, as well as new Asiana shares to be issued and the carrier's six affiliates, for 2.5 trillion won (US$2.2 billion).

HDC described the virus crisis as an "unexpected and very negative factor" that will affect its planned acquisition.