SEOUL, Sept. 3 (Yonhap) -- Ulsan Hyundai FC will try to open up a larger lead at the top of the K League 1 table this weekend, and containing an in-form striker in their next match will go a long way toward helping them accomplish their objective. 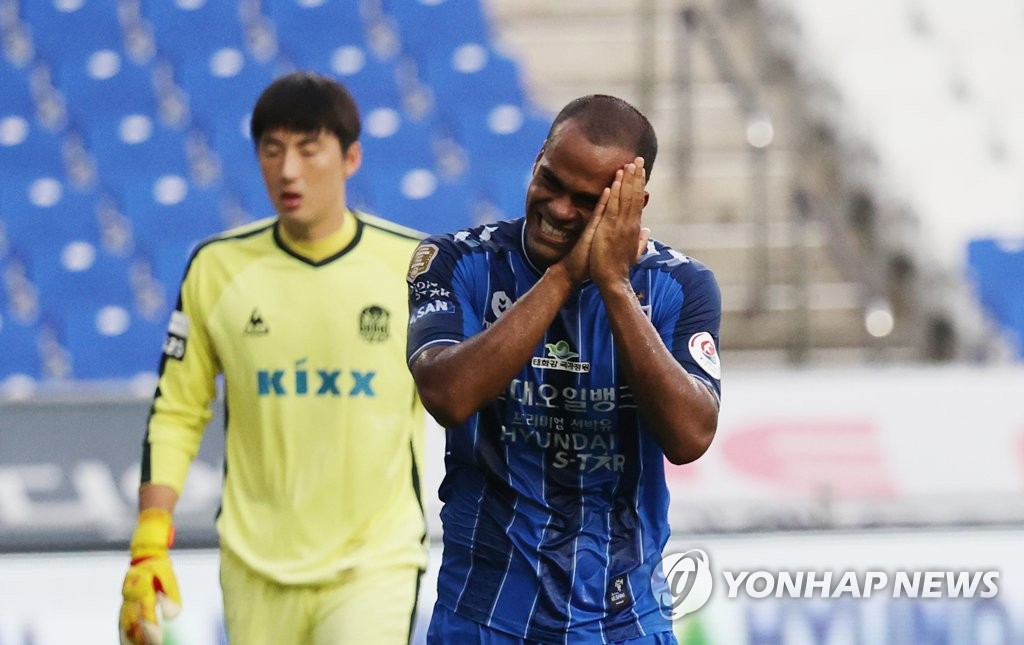 Ulsan have a four-point lead over Jeonbuk Hyundai Motors. Gwangju, who earned a promotion from the K League 2 for this season, are in seventh place. Ulsan have netted a league-best 41 goals in 18 matches, while Gwangju are in the middle of the pack with 22 goals.

On many levels, Gwangju appear to be overmatched. But this contest will feature two of the league's finest marksmen.

Junior Negrao of Ulsan leads all players with 21 goals. He has outscored five of the 11 other clubs this year. The Brazilian star is competing not against fellow shooters but against history, as he's chasing the single season record of 31 goals. Junior Negrao has been held scoreless in just four of 18 matches this season. 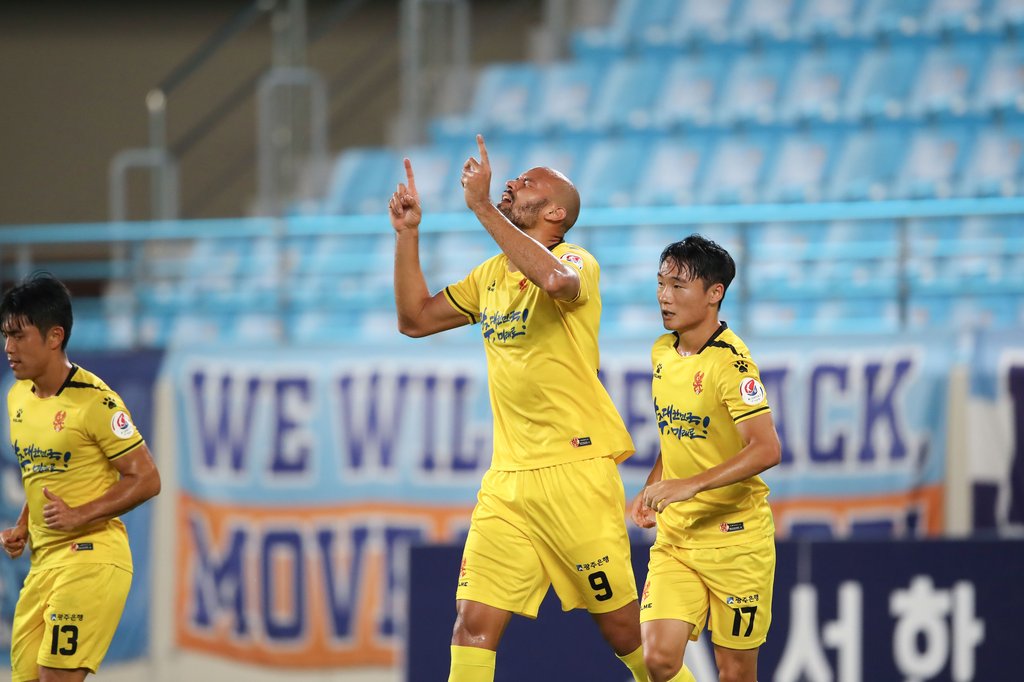 His countryman, Felipe, shook off a slow start and has found the back of the net four times in the last five matches. Gwangju are undefeated in that span with two wins and three draws. Felipe, the 2019 K League 2 scoring champion, is now up to 10 goals, tied for the third most with Daegu FC's Cesinha.

Jeonbuk will play Seongnam FC at 5:30 p.m. Saturday at Tancheon Sports Complex in Seongnam, just south of the capital.

Seongnam nearly stunned the three-time defending champions on July 11, scoring the first two goals before conceding two to settle for a 2-2 draw. Jeonbuk, who fell to Gangwon FC 2-1 last week to have their winning streak halted at five, will be licking their chops against a Seongnam team with just one victory in the last six.

The first match of the week will come Friday evening, with Sangju Sangmu hosting Suwon Samsung Bluewings in Sangju, 240 kilometers southeast of Seoul. 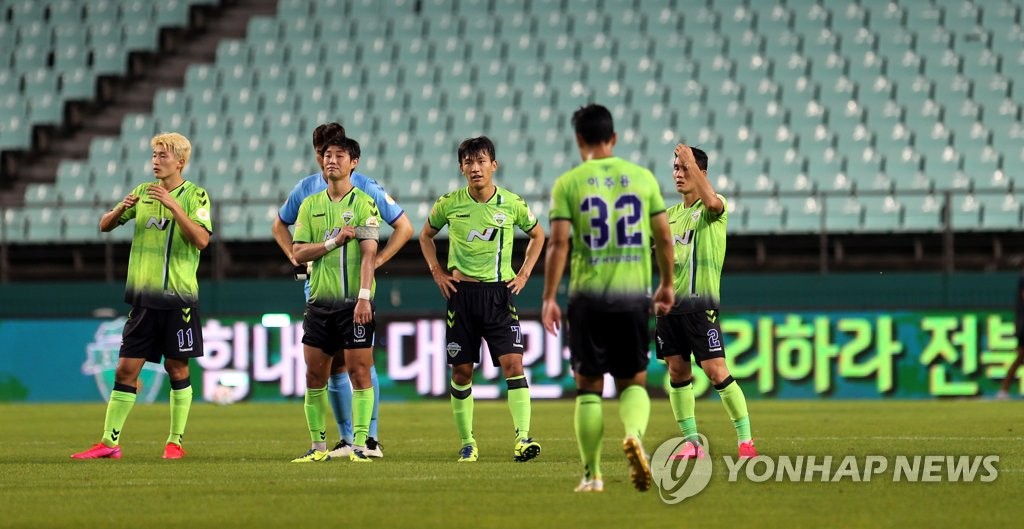 Then on Saturday, it'll be fourth-ranked Pohang Steelers against No. 5 Daegu FC, and FC Seoul versus Busan IPark in a battle of eight- and ninth-place clubs.

Incheon will go up against Gangwon FC on Sunday in Gangneung, 240 kilometers east of Seoul, where they'll pursue their third win in four matches. Gangwon are riding high from their victory over Jeonbuk, which was their first win since July 12. 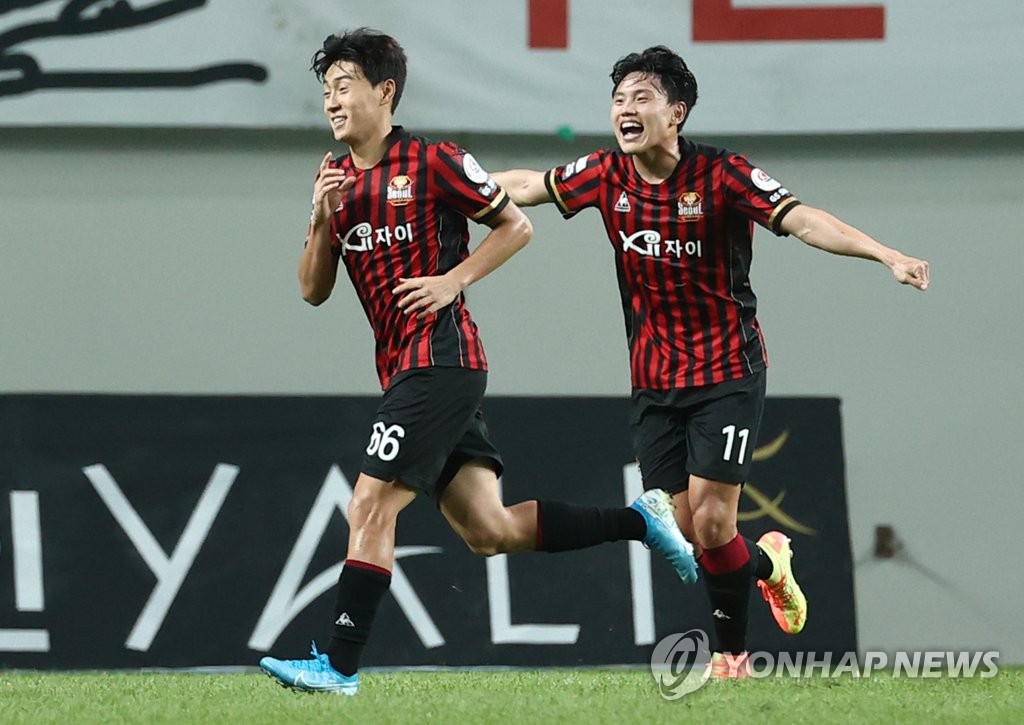