SEOUL, Sept. 3 (Yonhap) -- An official of the main opposition party's secretariat tested positive for the new coronavirus Thursday, raising the alert over additional infections at the National Assembly.

The People Power Party (PPP) official, a Seoul resident in her 30s, is a secretary of Rep. Lee Jong-bae, whose office is at the National Assembly in Yeouido, western Seoul, according to sources familiar with the situation.

Rep. Lee and other colleagues have been self-quarantined and were tested for the coronavirus right after the case emerged. The party also asked all of its members, including party leader Kim Chong-in, to work from home. Their test results will come out Friday.

The PPP has also canceled all party event and meetings in the afternoon.

At the same time, Rep. Lee Nak-yon, the newly elected chairman of the ruling Democratic Party (DP), was also told to stay at home, as he met with Rep. Lee last Saturday.

The move came only three days after he completed a two-week self-quarantine last Friday after coming into indirect contact with a COVID-19 patient during a radio interview early last month.

The party's chief spokesman and Lee's chief secretary who attended the Saturday meeting also canceled their remaining schedules for the party and returned home.

Meanwhile, the National Assembly secretariat said it has disinfected areas that the patient was found to have visited. Due to the disinfection, all scheduled meetings and sessions of parliamentary standing committees have been canceled.

The latest case comes just days after the National Assembly resumed operations after coming to a temporary halt in late August due to the new coronavirus.

The parliament's main buildings had been closed for disinfection after a photojournalist posted at the National Assembly tested positive in the first COVID-19 case reported from inside parliament. 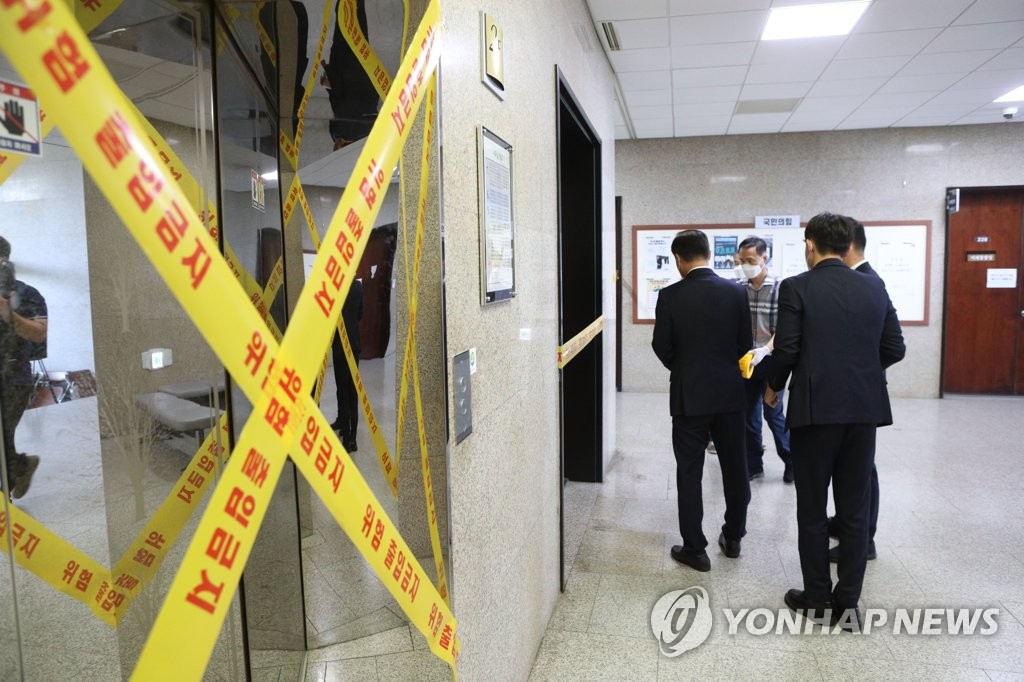