SEOUL, Sept. 3 (Yonhap) -- President Moon Jae-in on Thursday had his first luncheon meeting with Lee Nak-yon, a former prime minister, since Lee became the head of the ruling Democratic Party (DP), according to Cheong Wa Dae.

The two had lunch together at the Sangchunjae guesthouse inside the presidential compound in Seoul, right after attending the first session on strategies to implement the Korean version of the New Deal.

Lee said that as the DP's leader, he would concentrate all efforts on overcoming the national crisis and seek politics of "principled cooperation" with opposition parties, Cheong Wa Dae spokesman Kang Min-seok said. Lee was apparently referring to the spread of COVID-19 and its economic fallout. 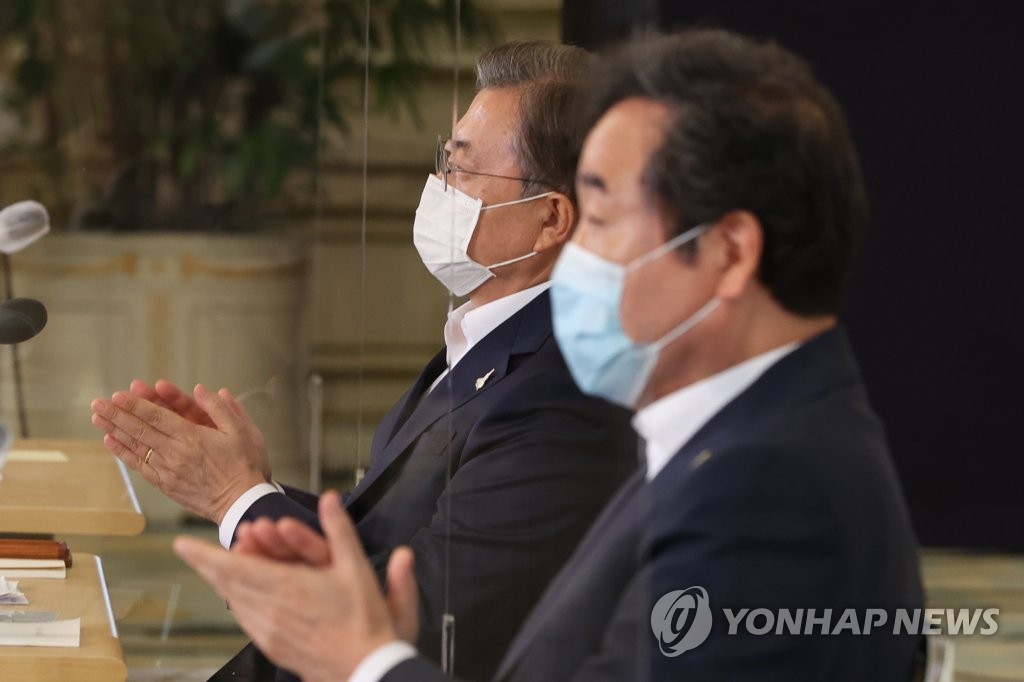 Moon, in response, was quoted as telling Lee that, "Feel free to talk with me anytime. You can make a call to me even on weekends."

Lee served as the first prime minister under the Moon administration for two years and seven months until January.

Moon and Lee used to have a weekly luncheon meeting at Cheong Wa Dae during Lee's service as prime minister.