SEOUL, Sept. 3 (Yonhap) -- Defense Minister Jeong Kyeong-doo said Thursday that the government will increase the proportion of female military officers to 8.8 percent by 2022 from the current 7.4 percent.

He underscored the policy goal in his congratulatory message marking the 70th anniversary of the start of female armed forces in South Korea.

"In line with expanding roles of women in our society, the military will continue to increase the proportion of female military officers ... and assign more women to key posts at such units as policy and combat," Jeong said.

As the Korean War broke out in 1950, South Korea established a unit of volunteer troops for women. In 1989, the country allowed women to serve nearly in all parts of the military by eliminating service branches reserved for female forces. Last year, South Korea announced the country's first female two-star general.

The minister also vowed to improve working conditions for female officers by implementing various welfare measures, such as the establishment of more daycare centers.

"Female service personnel have been carrying out diverse duties successfully over the past decades," the defense chief said. "The government will continue to make efforts for female forces to display abilities without limitation." 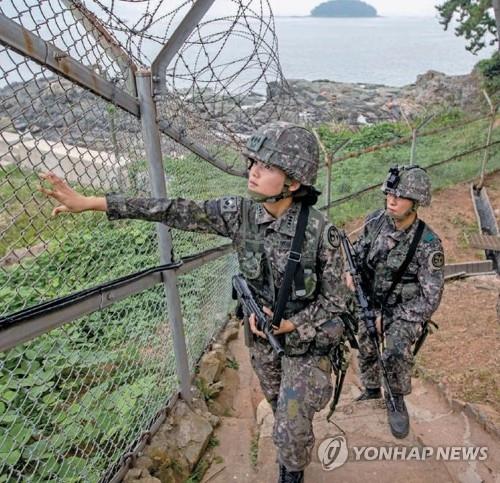