WASHINGTON, Sept. 3 (Yonhap) -- South Korea is in a "unique" position that may leave it unable to choose between its longtime ally, the United States, and largest trade partner, China.

That was the assessment Thursday from South Korea's top diplomat in the United States.

"If I put it in a short way, the relationship between the United States and China is very important, or critical to the fate of the Korean Peninsula, not only South Korea, but also North Korea," Amb. Lee Soo-hyuck said in a webinar hosted by George Washington University's Institute for Korean Studies.

His remark follows recent calls from Washington for Seoul to join the so-called Indo-Pacific Initiative, under which it seeks to build a NATO-like joint leadership in the region, but is viewed by many as an attempt to counter the growing presence of China throughout the globe. 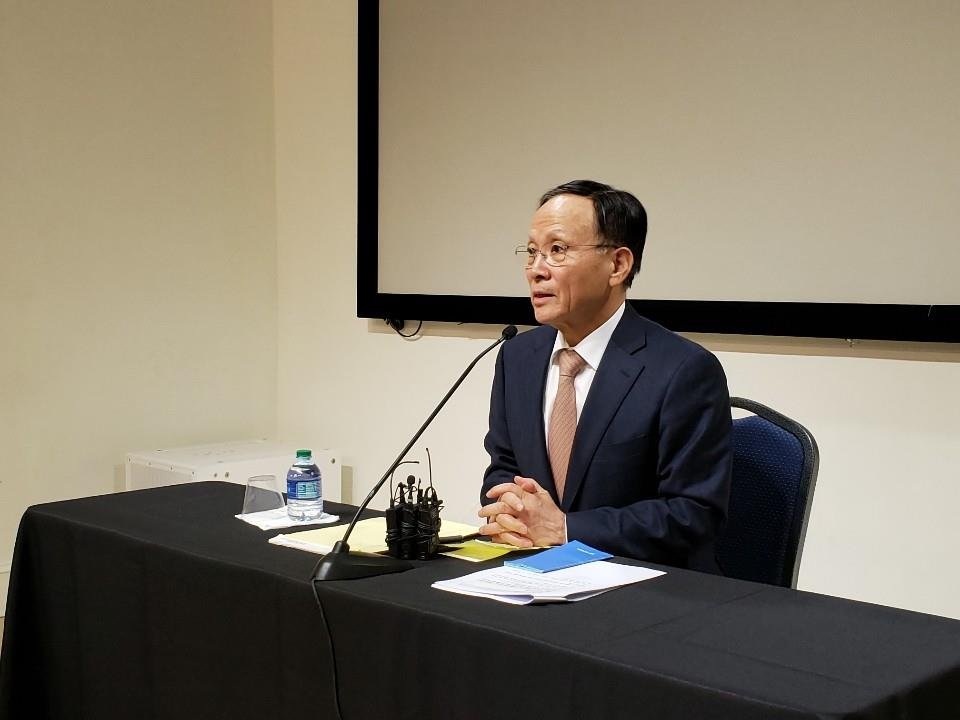 "I think you are seeing the entire world begin to unite around the central understanding that the Chinese Communist Party simply is going to refuse to compete in a fair, reciprocal, transparent way," U.S. Secretary of State Mike Pompeo said Tuesday.

Lee underscored the history and importance of the U.S.-South Korean alliance, especially for his country's security, but insisted the country cannot survive on security alone.

"Security alone cannot make one nation survive. Economic activities are as important as security," said Lee. "Not one thing is most (more) important than the other. Both things, security and economy, should go together," he told the virtual seminar.

"It could be a strength or weakness, depending on how we address and utilize it. And as the Korean ambassador, this is something to be mindful of when dealing with Korean Peninsula affairs," added Lee.

On the North Korean nuclear issue, Lee said the communist state will eventaully return to the negotiating table, possibly soon after the Nov. 3 U.S. presidential election, until then likely refraining from any military provocation.

"I am quite sure in some time, North Korea will come to the negotiating table and comply with the international community's demand," Lee said when asked when and if North Korea would accept the call for a complete, verifiable and irreversible dismantlement of its nuclear development program.

"North Korea cannot survive with the sanctions enforced by the Security Council of the United Nations and the individual sanctions from various countries, including the United States," the South Korean diplomat offered as part of the reason for his optimistic view.

His remark comes amid a prolonged deadlock in denuclearization talks between Washington and Pyongyang.

The talks have stalled since a second bilateral summit between their leaders -- President Donald Trump and North Korean leader Kim Jong-un -- in February 2019 ended without a deal.

The South Korean ambassador noted the communist state may be continuing to build up its nuclear capabilities, but that the talks have at least stopped their nuclear and long-range missile tests.

"Still, we believe that they are promoting their capability to increase the nuclear power. But I think at least they stopped nuclear tests. They stopped launching long-range missiles," Lee said.

North Korea staged its sixth and latest nuclear test in September 2017, a few months before its leader and the U.S. president held the first U.S.-North Korea bilateral summit in June 2018. 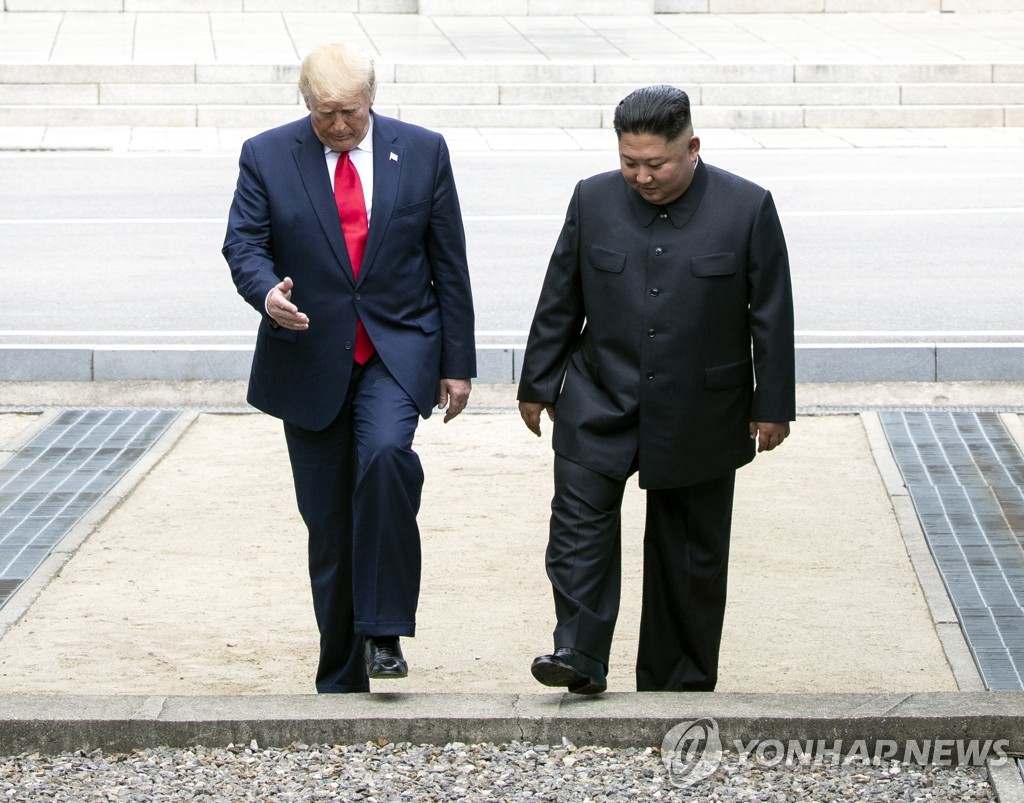 Although it has also kept away from launching any long-range missiles, many suspect the communist state may soon unveil a new intercontinental ballistic missile (ICBM), possibly at its military parade to mark the 75th anniversary of the founding of its ruling Workers' Party on Oct. 10.

Lee insisted there will be a chance to resume negotiations with North Korea should the regime maintain this trend of nuclear and missile testing moratorium, adding Pyongyang will unlikely ruin that chance.

"I have a hunch that North Korea is waiting for the November election here in the United States...So I don't think there would be some drastic change of this trend," he said.