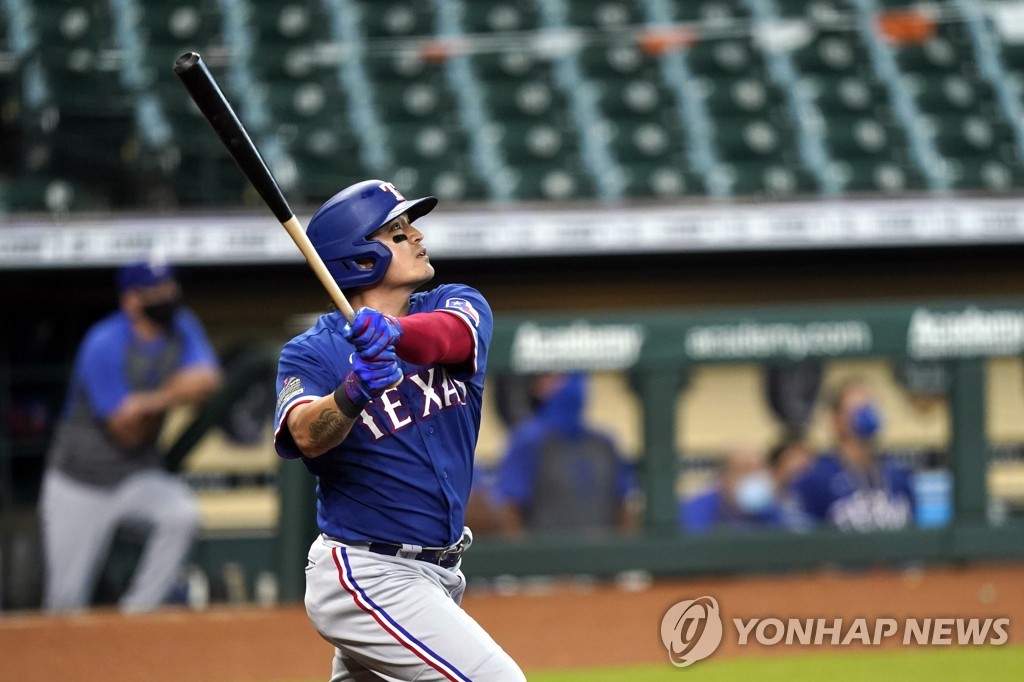 Choo was among 30 candidates -- one from each club -- for the 2020 Roberto Clemente Award announced Thursday (U.S. time). It is named after the late Hall of Famer who was famous for his humanitarian work off the field. MLB said the nominees will be officially recognized next Wednesday, the 19th annual Roberto Clemente Day.

According to MLB, the winner will be selected via a blue ribbon panel that includes MLB Commissioner Rob Manfred, representatives from MLB-affiliated networks, MLB.com and Clemente's children. Fans can vote for the Roberto Clemente Award via mlb.com/clemente21.

Choo, 38, is playing in the final season of his seven-year, US$130 million contract with the Rangers. The club noted how Choo, in addition to being a force as the primary leadoff man, has also become "a respected leader in the clubhouse and mentor to the younger players."

When MLB was shut down because of the coronavirus pandemic this spring, Choo offered to provide every Rangers minor league player $1,000. He has also provided scholarships for the Arlington School District and Korean students, and hosted athletes from the local Miracle League. Choo and his wife, Ha Won-mi, donated $100,000 to help establish the Korean Cultural Center in Dallas.

On the day of being nominated for the Roberto Clemente Award, Choo blasted his fourth home run of the season. He went deep off Cy Sneed of the Houston Astros in the top of the eighth inning of an 8-2 loss in Houston. 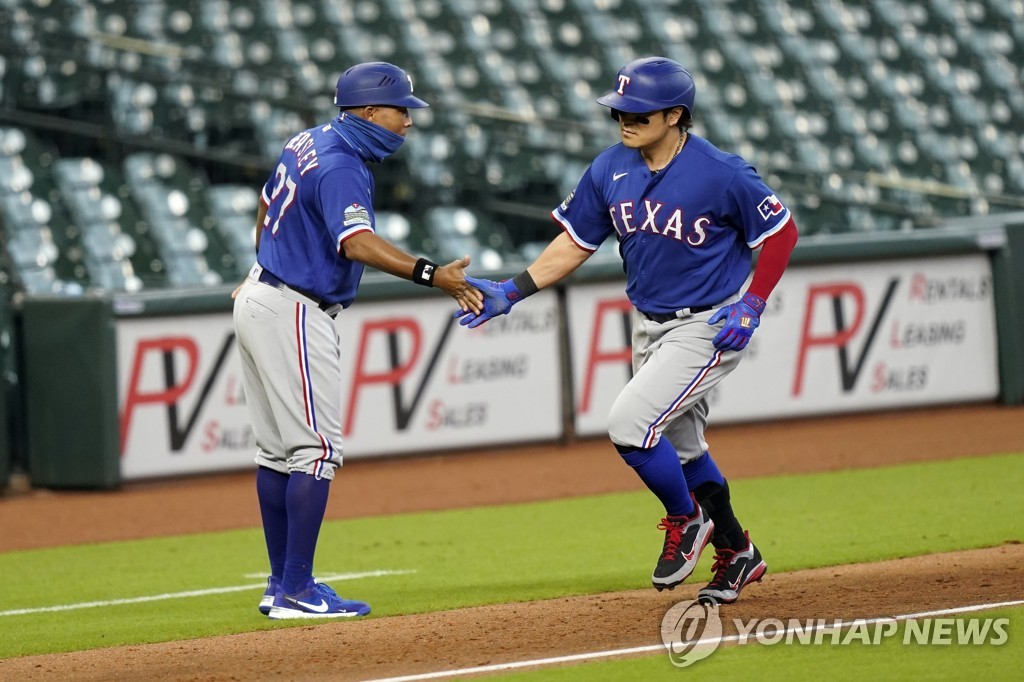 Choo also batted from an unfamiliar No. 3 spot in the lineup. MLB.com reported that Choo ceded the leadoff spot to rookie outfielder Leody Taveras after speaking to manager Chris Woodward about the change.

Choo is a pending free agent, while Taveras, the Rangers' No. 3 prospect according to MLB Pipeline, will be groomed as the future leadoff man.

Choo is among 31 active players with at least 250 games at the leadoff spot. He ranks second in that group with a .378 on-base percentage as a leadoff hitter. 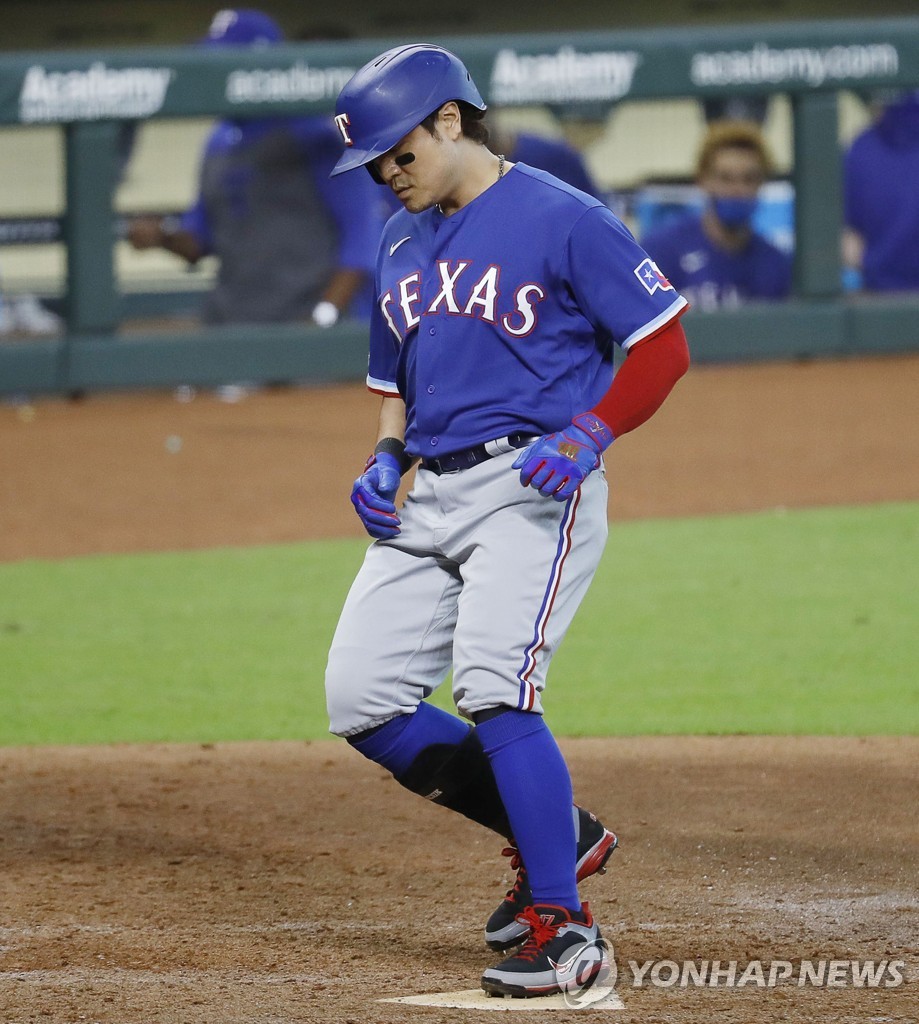