SEOUL, Sept. 4 (Yonhap) -- Thousands of junior doctors are set to return to work soon, ending their two-week strike, as an agreement was reached with the ruling party on Friday to put the government's medical reform scheme on hold amid the novel coronavirus pandemic.

The pact was reached between a group of representative doctors led by the Korean Medical Association (KMA), and the government and the ruling Democratic Party (DP) at 11 a.m.

Interns and residents, as well as some fellow doctors at general hospitals across the country and those belonging to the Korean Intern and Resident Association (KIRA), are expected to return to hospitals soon. 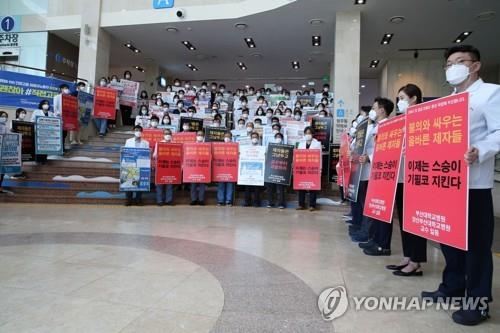 The agreement also reportedly called for more talks between the medical sector and the health authorities over a variety of issues ranging from the setup of a new public medical school to health insurance coverage.

The pact also reportedly said a special commission will be launched between the KMA and the DP to address matters that can improve the quality of the country's medical field. 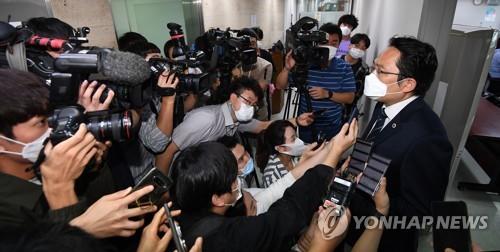 The KMA, which represents some 130,000 doctors across the country, has backed the move, with staff members and major hospitals also siding with trainee doctors and medical students, despite the government's back-to-work orders.

The two-week strike, along with two separate KMA-led nationwide strikes, has disrupted medical services at general hospitals and other medical centers as the country has struggled to contain the rapid spread of the COVID-19 pandemic here.

The country reported 198 new COVID-19 cases, including 189 local infections, raising the total caseload to 20,842, according to the Korea Centers for Disease Control and Prevention.

The doctors have also objected to the creation of new public medical institutions that can cater to the needs of rural areas and the provision of more medical insurance coverage for oriental medicine treatment.