SEOUL, Sept. 4 (Yonhap) -- The government is expected to extend toughened social distancing restrictions in the greater Seoul area by another week.

Prime Minister Chung Sye-kyun on Friday cautioned the country against rushing to ease relevant measures, which may bring about another crisis, speaking at a daily inter-agency meeting in Seoul on the response to COVID-19.

"Today, (the government) is discussing (the issue of) extending social distancing (steps) across the nation, including the capital zone, and ways to adjust antivirus guidelines," Chung said. 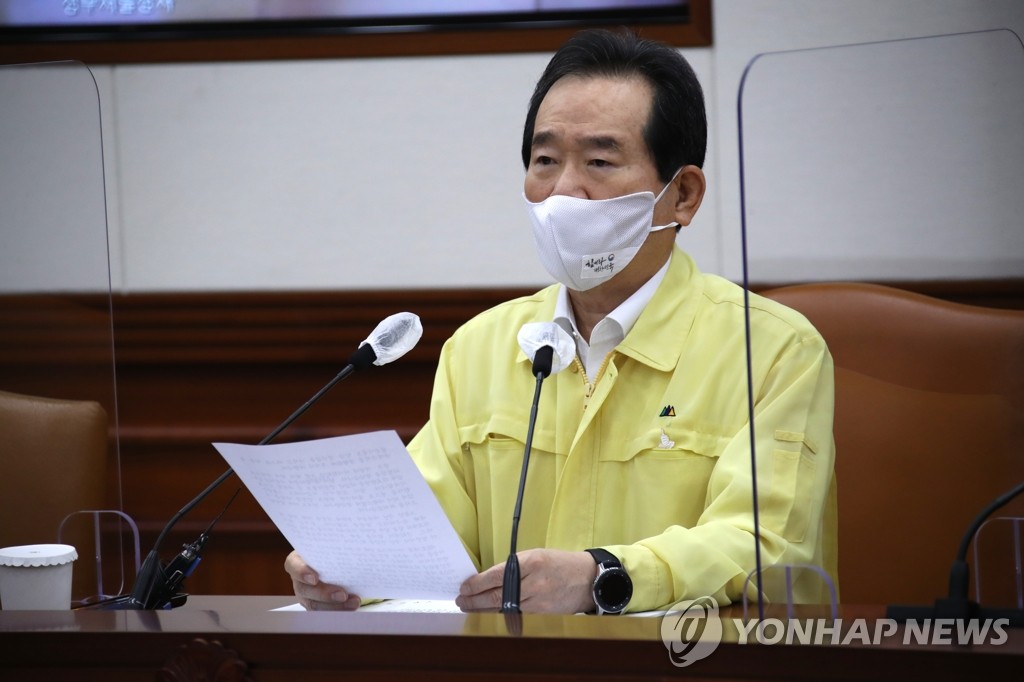 The number of confirmed cases has slightly declined recently, he added, but it has yet to enter the phase of "solid stability."

He stressed the need to keep concentrating all efforts on the fight against the virus "until the tide is turned for sure."

He said the government is requesting "once again" that the public support the government's campaign and have patience over restrictions on their daily lives and activities.

A week earlier, the government introduced additional social distancing rules in Seoul, Gyeonggi Province and Incheon, effectively elevating the alert to a level higher than Level 2 and lower than Level 3 in the three-tier system.

Under the so-called Level 2.5 measures, initially scheduled to expire Sunday, operations of restaurants, bakeries and franchise coffee chains have been limited, with indoor sports facilities and cram schools closed.

The government plans to extend the stricter rules in the capital area by another week, while maintaining the Level 2 guidelines for the other regions of the country for two more weeks, according to a source.