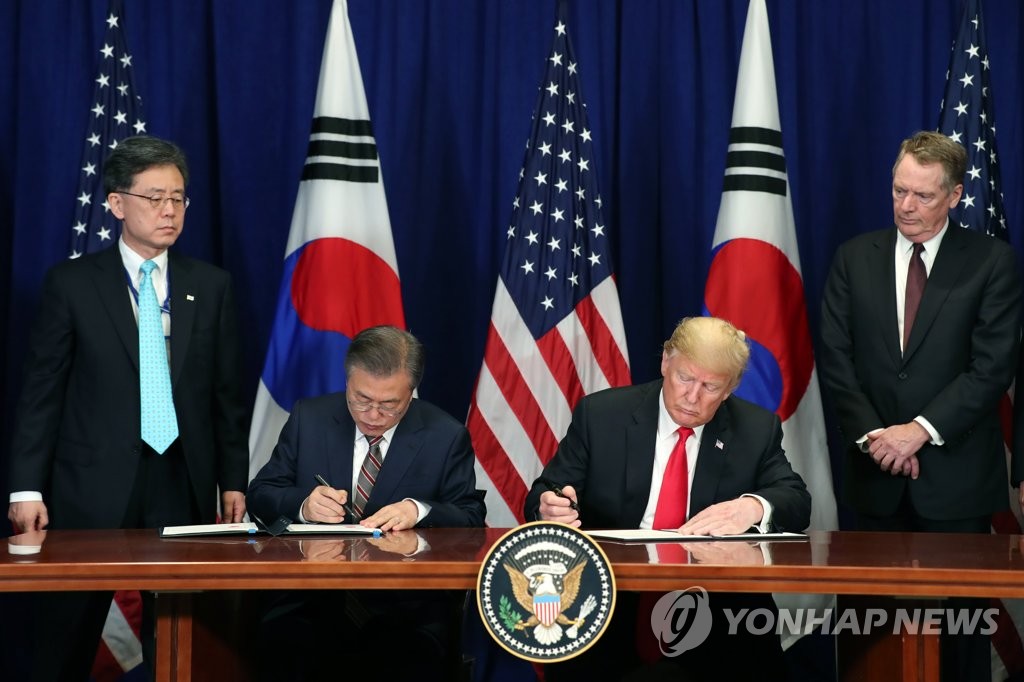 Trump has frequently singled out the Korea-U.S. FTA as one of the major failures of the former Barack Obama administration, in which the now Democratic presidential hopeful served as vice president.

The pact was renegotiated in 2018 at the U.S.' request and implemented at the start of last year.

Under the revised free trade pact, Seoul doubled to 50,000 the number of U.S. vehicles entering its market each year without having to meet its industrial regulations.

The U.S., on the other hand, was given a 20-year extension until 2041 for its 25 percent import tariffs on South Korean pickup trucks.

Trump also talked about his relationship with North Korean leader Kim Jong-un, which has also become one of his selling points in the lead up to the Nov. 3 presidential election.

"Remember they always said 'Oh, this Trump. He's radical. He's too radical. He'll get us in wars.' I kept you out of wars," the U.S. president said.

"What happened with North Korea? Look, I get along with Kim Jong-un. They said that's terrible he gets along. No, it's good I get along," he added.

Trump and Kim have held three meetings, including two bilateral summits in June 2018 and February 2019.

Their talks, however, have stalled since their latest summit in Vietnam ended without a deal.

Trump says KORUS FTA led to U.S. losses before but now is great

Trump says KORUS FTA led to U.S. losses before but now is great