"From today, I resume public activities ... But I will refrain more from contact with other people," he said in a Facebook posting, following the negative test result.

Lee was tested for the virus Thursday after a secretary of Rep. Lee Jong-bae, the chief of the main opposition People Power Party's policy committee, tested positive earlier in the day. The lawmakers attended a meeting last Tuesday and bumped elbows in greeting. Since then, the DP leader had been staying at home.

The PPP lawmaker was also tested for the virus, and the result was negative.

The ruling party chief's virus test came only three days after he ended a mandatory two-week self-quarantine due to indirect contact with another COVID-19 patient during his previous radio appearance. 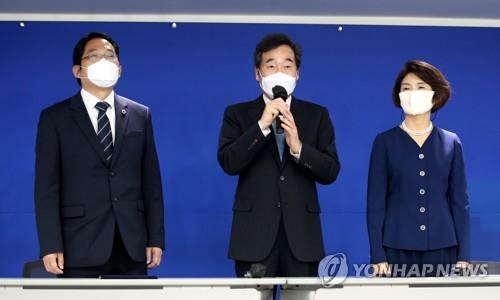 The National Assembly has decided to extend its closure by a day through Saturday in a precautionary measure.

It plans to determine whether or when to reopen the facility's buildings after confirming all the test results of those who have contacted the official either directly or indirectly.