SEOUL, Sept. 4 (Yonhap) -- The governor of Gangwon Province bordering North Korea asked on Friday for active state support for his efforts to share the right to host the 2024 Winter Youth Olympics with the communist nation.

Gangwon Province is where the venue of the 2018 Winter Olympics, PyeongChang, is located. Earlier this year, the province won the right to host the quadrennial 2024 Winter Youth Olympics, and Gov. Choi Moon-soon hopes to co-host the event with North Korea.

"It would be a huge honor if (you) take the lead in helping Gangwon of the South and Kangwon of the North co-host the Youth Olympics," Choi said during the meeting.

Gangwon has been active in expanding cross-border exchanges.

The 2018 PyeongChang Winter Olympics helped thaw long-frozen inter-Korean ties, as the North sent its athletes and cheerleaders to the sports event, leading to the historic first-ever summit between the United States and the North.

But the peace process later reached an impasse.

During Friday's meeting with the governor, the unification minister expressed hope that Gangwon could be a place where the "miracle of PyeongChang" could be repeated. 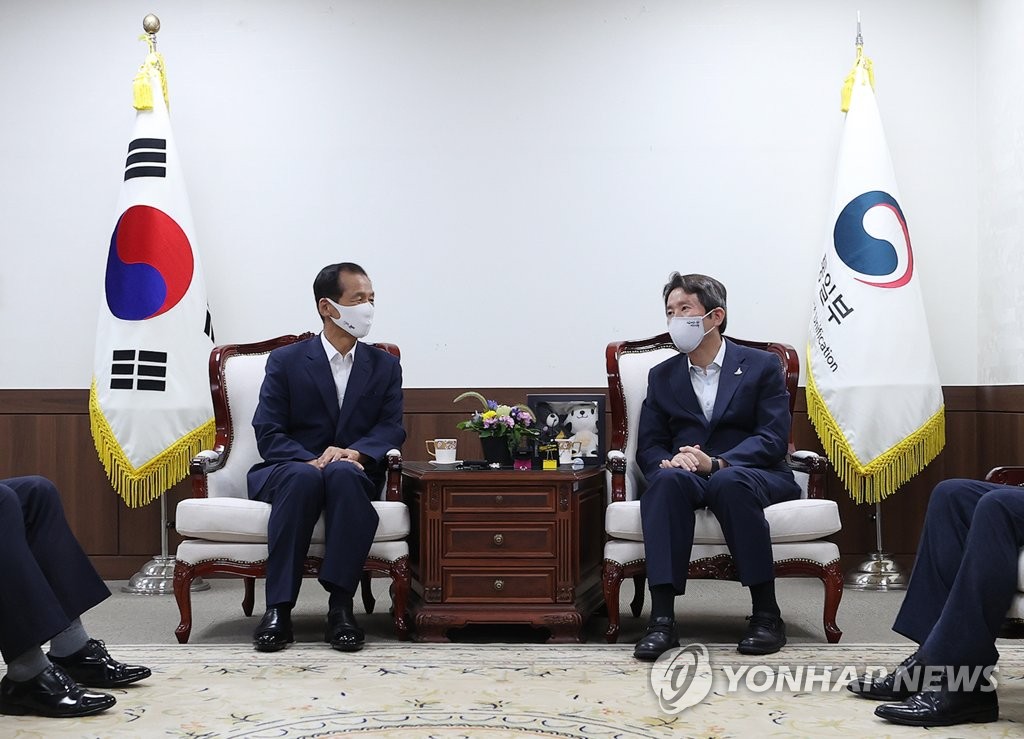