SEOUL, Sept. 6 (Yonhap) -- Indonesia is hundreds of millions of dollars in arrears on its dues for South Korea's next-generation fighter jet development project, even though the country agreed to fund some of the development costs as a partner nation, officials said Sunday.

Indonesia joined the KF-X project in an effort to procure aircraft for its air force and to advance the aerospace industry, and agreed to shoulder 20 percent of the development cost of the 8.8 trillion won (US$7.3 billion) project, or about 1.7 trillion won.

But the Southeast Asian country failed to pay around 500 billion won it was supposed to pay as of end-August, the officials well-versed in the issue said, adding that Indonesia so far has paid 227.2 billion won.

It has reportedly earmarked about 270 billion won for the KF-X project in this year's budget. 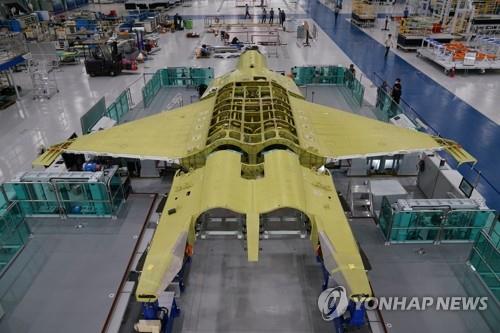 "Little progress has been made in terms of cooperation with Indonesia regarding the KF-X project," an official said.

During their bilateral defense ministers' meeting in December last year, Minister Jeong Kyeong-doo and his Indonesian counterpart, Prabowo Subianto, vowed efforts to move the project forward, calling such cooperation "a symbol of their strong relationship of trust."

Despite such financial issues, the KF-X project has proceeded without a hitch.

Earlier this week, South Korea began the final assembly of a first prototype jet after the final confirmation of the design last year. The prototype is expected to be rolled out in the first half of 2021, according to the Defense Acquisition Program Administration (DAPA).

South Korea aims to complete development by around 2026. 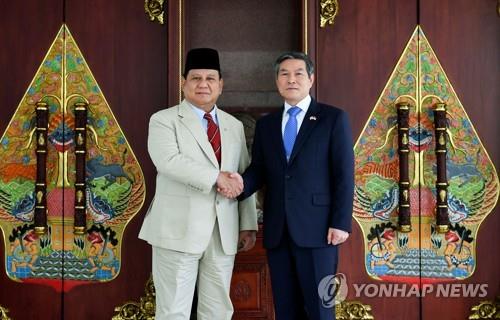 Indonesia delays payment of US$420 mln for fighter development project with S. Korea

Indonesia delays payment of US$420 mln for fighter development project with S. Korea