SEOUL, Sept. 4 (Yonhap) -- President Moon Jae-in expressed hope Friday that the government and the medical community will join forces to overcome the current grave COVID-19 situation, responding to the bilateral deal on the return of striking doctors to work.

Thanks to doctors' dedication and hard work, South Korea has been able to be successful so far in anti-virus efforts, protecting the lives and health of the people, Moon said, according to Cheong Wa Dae spokesman Kang Min-seok.

The president added that he believes that doctors will play a big role at the current critical juncture in the national campaign to bring the virus spread under control. 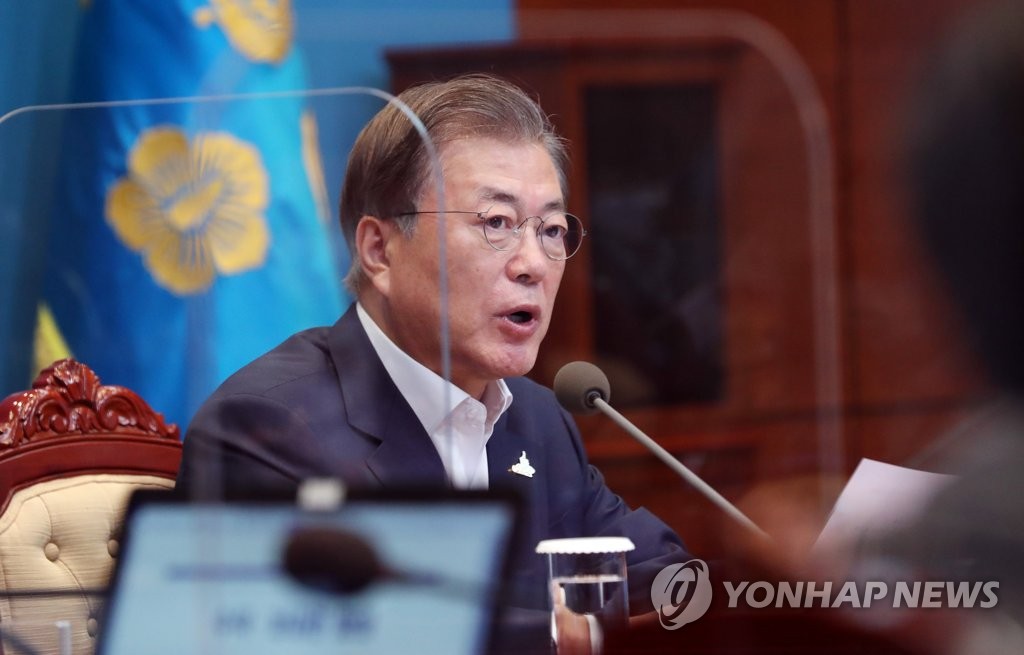 Earlier in the day, the government struck an agreement with the Korean Medical Association (KMA) to suspend its medical-sector reform drive until the coronavirus situation is "stabilized."

The KMA, along with trainee doctors nationwide who had continued a two-week walkout, is fiercely against the push, taking issue in particular with expanding medical school admissions and establishing public medical schools.

The government and the ruling Democratic Party have agreed to put such reform measures on the back burner in consideration of the more urgent task of curbing the virus spread.

They agreed to discuss the issues with doctors "from square one" through a related council, once the coronavirus outbreak has stabilized. In return, the KMA agreed to end the strike.

Moon said he expects the council to produce accomplishments, citing the saying, "The ground hardens after the rain."

"I expect that (the government and the medical community) will have dialogue in a candid manner, cooperating with the National Assembly, and pool wisdom," Moon was quoted as saying.

The president voiced hope that it will serve as an opportunity to develop South Korea's medical and health care system.