SEOUL, Sept. 4 (Yonhap) -- South Korea's labor ministry on Friday withdrew its 2013 decision to outlaw a progressive teachers' union, reinstating its legal status, a day after the Supreme Court ruled in favor of the group.

The Ministry of Employment and Labor said it has formally restored the legal status of the Korean Teachers and Education Workers Union (KTU) in accordance with the ruling.

On Thursday, the highest court overturned an appellate court's ruling and repealed a decision by the former Park Geun-hye government to outlaw the KTU for accepting a handful of dismissed teachers as its members.

In its ruling, Chief Justice Kim Myeong-su said the previous rulings on the case were "not valid," and "infringed on labor's three primary rights." He also said outlawing the union was tantamount to "denying its existence." 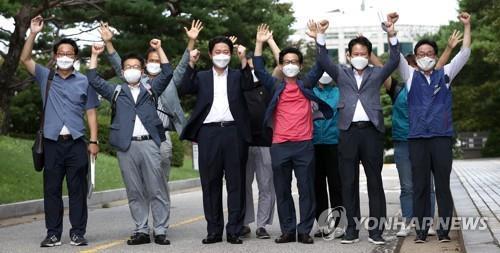 But the KTU argued that having the nine non-teachers in the union did not compromise its autonomy in collective action and bargaining power and that the government's outlawing it was an excessive interpretation of the law.

The union appealed to the Supreme Court in February 2016, and the case had been pending since then.

With the decision Friday, the union can exercise its rights to collective bargaining, to calling for the government's mediation in labor disputes and to reporting unfair labor practices. 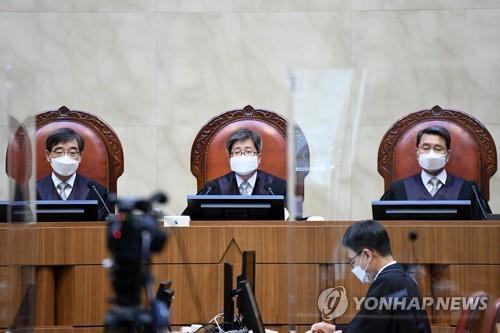